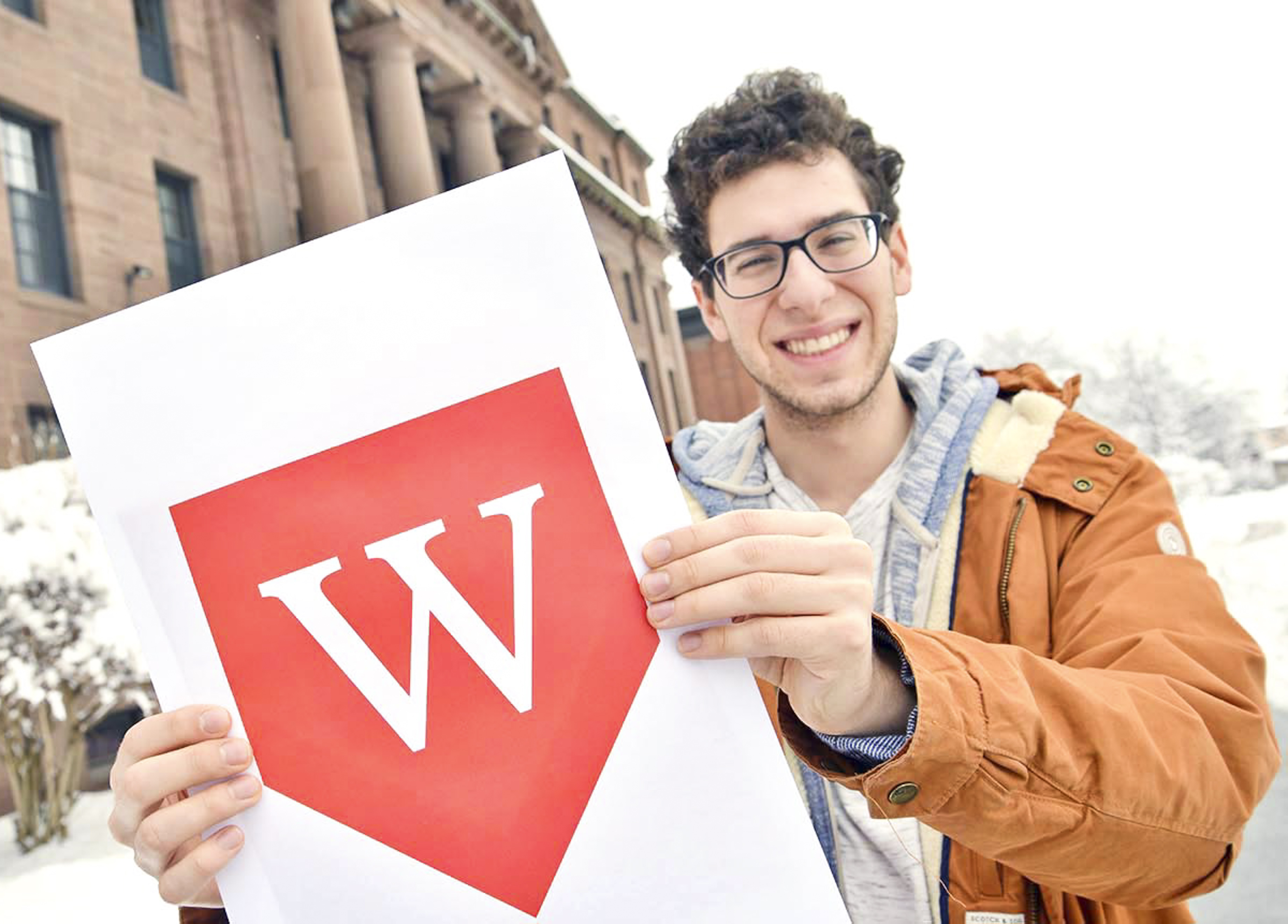 On Wednesday, March 6, the University unveiled the winner of its monogram design competition. The winning monogram, designed by Gabriel Drozdov ’19, was chosen by members of the Wesleyan community through an online vote.

The vote came after the University announced the three finalists of the monogram design competition on Feb. 20. These three finalists were selected by a committee of faculty, staff, alumni, and one student. According to the Wesleyan Connection article announcing the result of the vote, Drozdov received over half of the 6,200 votes cast.

“I had never thought that I would have actually won the contest,” Drozdov wrote in an email to The Argus. “I’m incredibly excited to know that I’ll be seeing things like merchandise…[with] this logo now!”

“We realized that the best way to develop a truly representative mark was to engage our community’s creativity and incorporate their feedback,” Director of Marketing Deb Katz said to the Wesleyan Connection.

A theater and computer science double-major from Scarsdale, NY, Drozdov has no formal training in graphic design but has developed his skills by undertaking various graphic- and web-design projects. For example, he is in charge of the graphic, web, and sound design for Second Stage, Wesleyan’s student-run theater company. He has also worked on branding and web design for The 24 Hour Plays, a theater company based in New York City which specializes in producing shows prepared in one day. More of his projects and experience are showcased on his website.

Drozdov explained that his design was influenced by his frustration with the University’s decision to change its monogram and website.

“I especially felt frustrated that the identity I had grown to know and love seemed to have disappeared during my last year at Wes,” he wrote. “When the original monogram was pulled and the monogram competition opened, I tried to create something new and flashy but ultimately realized that all I wanted, and all that my peers wanted, was something that felt collegiate.”

Professor of Economics Gilbert Skillman, who also served on the committee, echoed the importance of student and community involvement in the selection of thew new monogram.

“What I like about it is engaging the community,” he said. “I would have liked to have that from the beginning.”