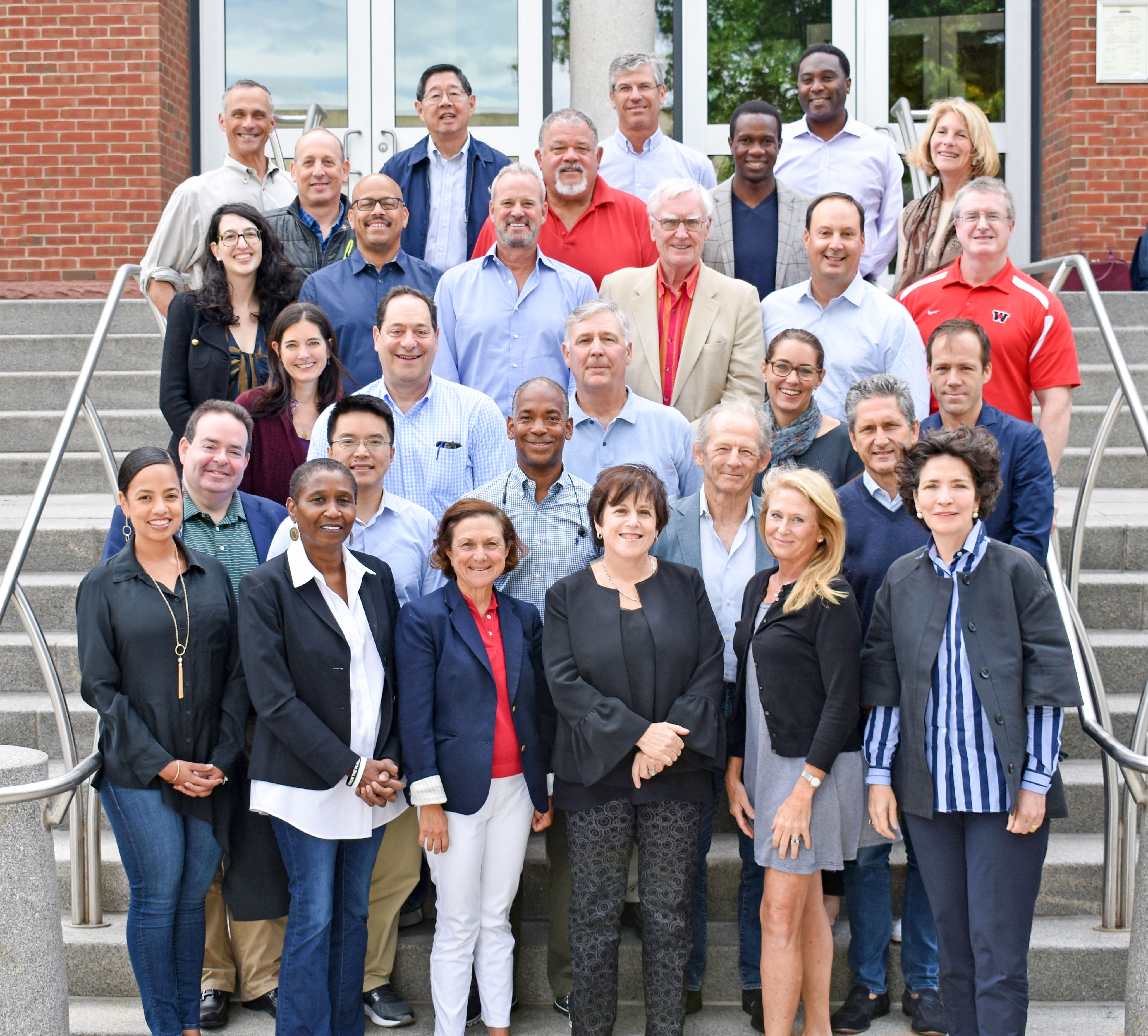 The Board of Trustees met for their quarterly session on Friday, March 1 and later joined students for an open meeting. Students and trustees discussed key topics such as upcoming facilities projects and ongoing talks to divest the University’s endowment from fossil fuel companies. University President Michael Roth ’78 then went to the Wesleyan Student Assembly (WSA) meeting on Sunday, March 3 to address the recent board meeting and answer any questions from students.

Several resolutions were passed during the Board’s meeting, such as plans to build a $16 million expansion to the Film Center, on which Director of Physical Plant Alan Rubacha expects to begin construction early this summer. During the WSA meeting, Roth spoke about the timeline of the facilities projects in the coming years, including the ongoing transfer of the Davison Art Center’s collections to the Olin basement, the dramatic renovation to the Public Affairs Center that is expected to finish in 2024, and the planned demolition of Hall-Atwater that will replace it with a more energy-efficient building.

60 students attended the open meeting with the Board. This is a dramatic increase from previous semesters, during which very few students—typically fewer than 15—would come to discuss topics of concern with the Board. The meeting was hosted in a new speed-dating format, which was conceived of by WSA Vice President Keishan Christophe ’19. Students sat in small groups at several tables, and trustees rotated every 10 minutes, allowing students to have face-to-face interactions with one or two trustees at a time. In the past, student-trustee meetings have been held with both parties in one large group. At these events, students could bring questions and concerns to the group as a whole.

Most students came to the meeting with plans to address a particular concern or set of concerns, including fears about the safety of wood-frame houses and the lack of social spaces on campus. Several students also brought up concerns about custodial workers being overworked and expressed hopes that the University would hire more staff.

Divestment from fossil fuels arose as a point of controversy on which board members expressed differing views as they rotated. When asked about divestment, Board Chair Donna Morea ’76, P’06, emphasized that the University selects fund managers rather than individual stocks.

“We want to make sure that our managers of funds are socially and environmentally conscious and share our values,” Morea said. “As far as fossil fuels go, we are all dependent on fossil fuels. Some of you might even have cars, and they might even use gas. And so the way we’ve approached this issue is to try to lean in on newer sources of energy and encourage our managers to begin to diversify their portfolios and lean into the future, but we do not have a hard-and-fast policy about investment.”

However, when asked directly if divestment was a priority for the Board, Morea replied, “No.”

Later on, Board Member Franklin Sirmans ’91 offered a contradictory interpretation.

“There is definitely advocacy for the climate and its relationship to what we’re invested in,” he said.

When asked where the advocacy came from, Sirmans emphasized that it was from within the Board.

“It’s coming within the [investment] committee, it’s coming from the full board, who, in a way, is responsible for whatever the investment committee report is, and that happens at every board meeting,” he said.

When told that Morea had directly said that divestment was not a priority for the Board, Sirmans said, “Wow. I’d be surprised.”

At the WSA meeting on Sunday, Roth was asked what evidence would compel him to push for total divestment from fossil fuels.

“I would have to see that it would make a material difference in our effort to become a better steward of the environment and that it’s not just symbolic,” Roth replied. “I don’t want to say it shouldn’t be symbolic—I think the symbolic part is important, and maybe I’ve underestimated that importance—but I would want to see the argument that actually doing this would have a benefit beyond making us feel better about ourselves.”

A few key statistics came out of the board meeting, such as approving a 4.4 percent tuition hike for the 2019-2020 academic year. As student representatives on the Board wrote in the March 2019 Board Report and addressed more extensively during the meeting, the Board had only expected to raise it by 4.1 percent but had to increase it to accommodate lower-than-expected recent donations.

When discussing admission, trustees learned that the Class of 2023 also, so far, has the highest percentage of people of color in University history. In terms of socioeconomic diversity, 17 percent of accepted Early Decision (ED) applicants were eligible for Pell Grants, and the percentage of students admitted through the QuestBridge program was the highest-ever recorded.

At the WSA meeting, Roth emphasized that evaluating students from various income brackets based purely on academic merit would not help in determining which students are most deserving of admission.

“I, for one, have advocated for more Pell-eligible students, which is the government designation for low-income,” Roth explained. “Others say, ‘No, we want to have more money available for students from families who are really sacrificing to go to Wesleyan but aren’t low income….’ They’re all academically gifted, and there’s so many applications that look the same in terms of academic perspective. So I have my own perspective—the Board doesn’t fully agree with me, alas—to really raise the number of Pell-eligible students.”

Morea also told the Board that she plans to step down from the position of chair after the 2019-2020 academic year. She instructed them to select her replacement by the May meeting, which will be the next time the Board comes together.