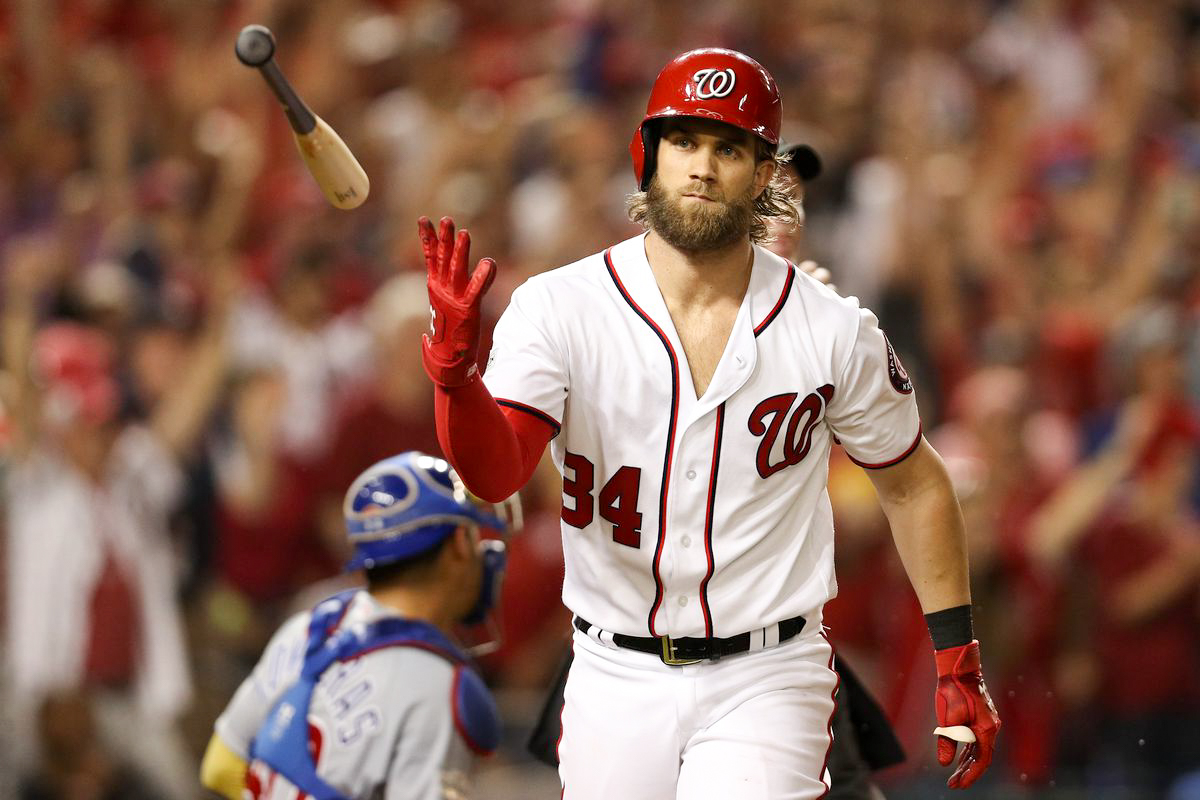 Since the publication of this article, two marquee free agents, outfielder Bryce Harper and third baseman Manny Machado, have signed massive contracts. There has also been a large extension for Nolan Arenado, the star third baseman for the Colorado Rockies.

Machado, the first domino to fall, signed with the San Diego Padres for a deal worth $300 million over the next ten years. Many baseball fans balked at this contract for a few reasons. First, the Padres have largely been irrelevant for the past decade in the MLB. The Machado deal makes sense, as it puts the Padres franchise on the map, especially with the Chargers leaving San Diego. This movement opens up a large market for San Diego sports fans to possibly move towards baseball. Yet many analysts are still scratching their heads at Machado’s decision. While it is natural for players to try to maximize their salaries in their short athletic window, Machado has effectively ended any chance he had of ever making it deep into the postseason.

Other big signings in the market took their cues off Machado’s deal with San Diego. The Rockies signed Nolan Arenado to an eight-year extension worth $260 million, with a player opt-out option after the third year. This is $2.5 million more per year than Machado’s contract. It is vital for a fringe playoff team like the Rockies to keep their young homegrown talent if they want to get back to the playoffs. This deal seems to make sense on Arenado’s end as well. Colorado has notoriously high home run numbers due to the high altitude of the stadium, so Arenado should be able to continue to produce big numbers for the team into his late 30s. Additionally, if the market for free agents rebounds and baseball contracts begin to rise again, he can opt-out and push for an even larger contract.

With Machado and Arenado signed, the big player still left on the market was Bryce Harper. Harper has been an extremely divisive player since coming into the big leagues. In 2015, he posted one of the biggest seasons in MLB history, smashing 42 home runs and hitting .330 en route to winning the MVP award. However, in the years since that incredible season, he has failed to reproduce the magic of 2015. As a streaky player prone to injuries, Harper would be a big gamble for whichever team chose to invest in him.

In the early days of March, Harper finally got the money he had been shooting for throughout the free agency period, signing a 13-year, $330 million deal with the Philadelphia Phillies. This means that Harper, who’s now only 26, will stay loyal to Philly until he’s 39. He will also earn $25 million annually. Harper’s deal shattered the previous record $325 million dollar deal that Giancarlo Stanton signed for in 2014. For the Phillies, this represents a big investment in terms of their championship aspirations, both for this upcoming year and for the foreseeable future. Since their deep playoff runs in the late 2000s, the Phillies have largely been a team rebuilding through their farm system and the draft. This signing represents a deviation from that strategy.

For Harper, this deal is both a win and a loss. Many analysts have criticized him signing for only 25 million dollars a year, a figure far less than Machado’s and Arenado’s contracts. However, in Philly, he finds a team ready to win now and down the line. He will become the face of a young franchise with solid pieces in place, like righty hurler Aaron Nola and young slugger Maikel Franco.

After these three massive signings, I think of Weber’s argument about greedy capitalism. While it certainly took longer than expected for these superstars to be signed, exceptional talent wins out in this league.

However, a big theme in recent history has been the sabermetric movement.

“If the players all retired tomorrow, we would replace them, the game would go on; in three years it would make no difference whatsoever,” said Bill James, the pioneer of the baseball analytic movement. “The players are not the game, any more than the beer vendors are.”

This opinion has had a profound influence on the way baseball GMs construct their teams, and even managers select certain players for specific situations. The movement towards the use of analytics produces specialized players, and supports James’ argument that players can be replaceable. However, as we have just seen with these big money signings, some players are just so good that they are irreplaceable, and even have the power to get owners to open up their checkbooks.