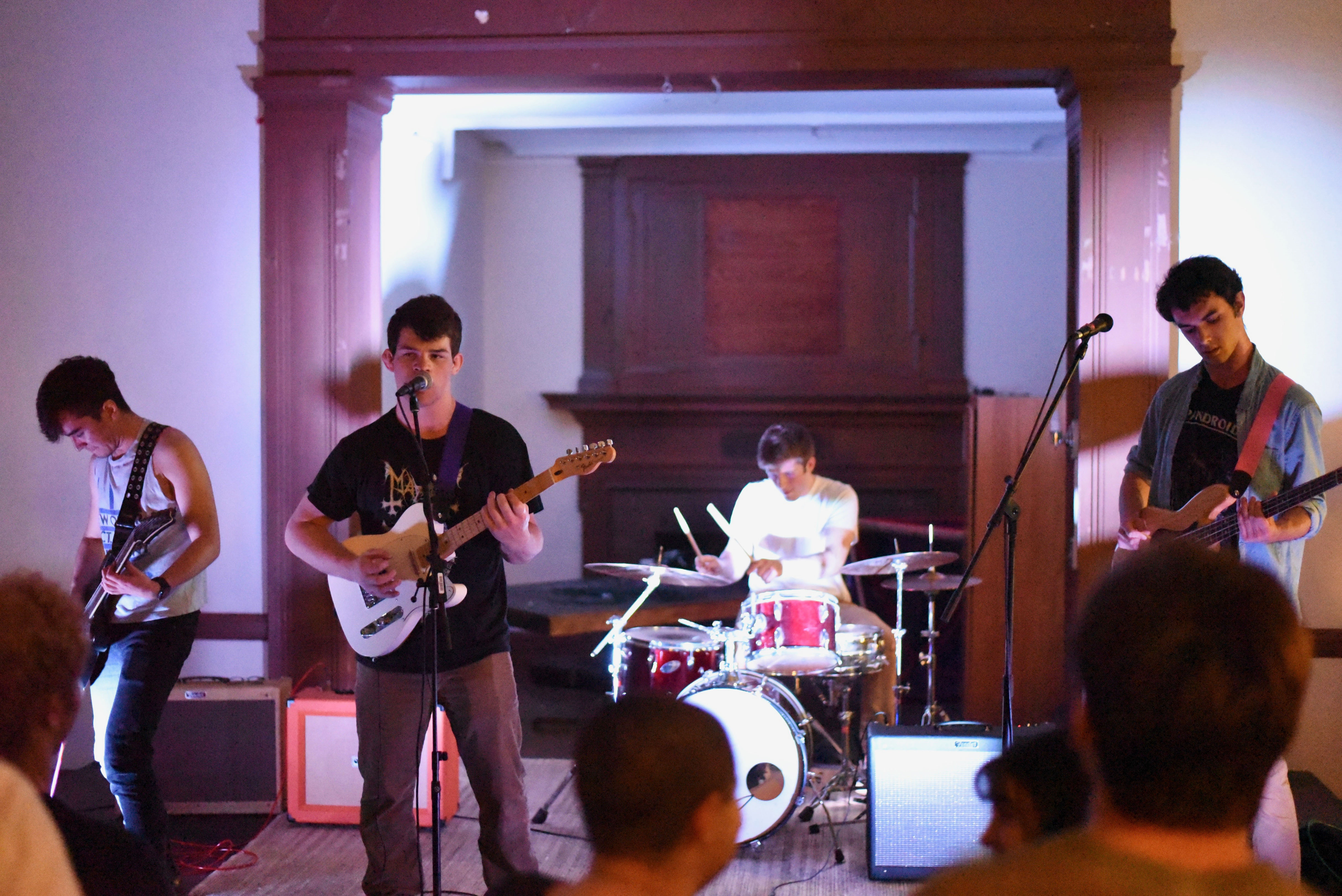 This Friday, Music House will be hosting a concert full of new and returning acts spanning across a range of funk, punk, and soul genres. Scheduled the day of a campus town hall meeting to address the perceived death of the campus music scene over the past year, this weekend’s concert aims to bring some new life to a depleted campus music landscape. The new bands hoping to make an impression on the campus scene are Fat Mama Kick, Lopii, and the headliner Sweet Burger along with the campus veteran group Ceiling Stars. The Argus sat down with two of the new bands featured in the concert to talk about their music, personal tastes, and how they formed their groups, and expectations for the show.

Fat Mama Kick is a new band on campus, composed of four sophomores—Nick Brattoli, Ty Vaillant, Alessandro Sassi, and Ben Martinez—looking to bring some punk psychedelic-infused energy into the music scene. Putting together a set with both covers and original songs, the group draws upon a variety of musical and literary influences for their song lyrics such as Ezra Pound and Nick Cave. Raw, inexperienced, and ambitious, Fat Mama Kick is seeking to launch their college music careers this weekend with a spark of retro-punk and fresh melodies.

The Argus: How did you start playing together?

Nick: We knew each other, and we were like, “let’s start a band,” and we didn’t really get our shit together until last semester.

Ty: Yeah, like, we would show up and play together but it was very casual, but we started to get better and we were like, let’s start practicing better.

A: Do you write stuff together?

NB: Kind of. Someone will come in with like an idea and then everyone else will just throw in their ideas. And sometimes it will work really well.

TV: And sometimes it won’t and we’ll just try another thing.

A: Where did the name come from?

NB: It’s a song by the Walker Brothers, this ’70s band. I thought it was an interesting song name and so I was like, it’ll be a cool name. And it was a holding name, we were going think of a better one, but we never did.

TA: What other groups are you inspired by?

TV: Musically, we have a Nick Cave cover, the Stooges.

A: What is the set looking like for Friday?

NB: Psychedelic. The goal is to make a lot of loud noises. That’s kind of what we do best.

NB: There’s a melody, it’s just hidden. Yeah, atonal. I haven’t seen any bands that have been doing that on campus. I also would say a big inspiration I forgot to mention—metal machine music, by Lou Reed, definitely, just aesthetically.

A: Do you think about a lot of theory stuff when you play atonal music?

NB: To quote Hannah Arendt, thinking is dangerous. And we’re against danger.

TV: That’s true. We’re very safe noise. I would break things if I could afford new things. It’s not like we’re averse to danger.

A: Is there anything that you want to see happen in the Wes music scene?

TV: I think part of the problem is it’s very hard to organize shows. We had to jump through a lot of hoops to finally get a show since we didn’t really know who to talk to. So I think more centralization of it would probably be better, though that would also probably require houses or people organizing events giving up some degree of freedom which they might not be okay with. Because it is, at this point, if you know a lot of people—there are bands that play a lot, and bands that don’t at all.

NB: There’s definitely a difference being a sophomore than being a freshman because I know people living in houses, way more people, so it was much easier to talk and figure something out. I didn’t go to many concerts last year, but it did feel more cohesive last year. It felt like there were just gaps.

A: Any words for the fans?

NB: Stay safe out there. 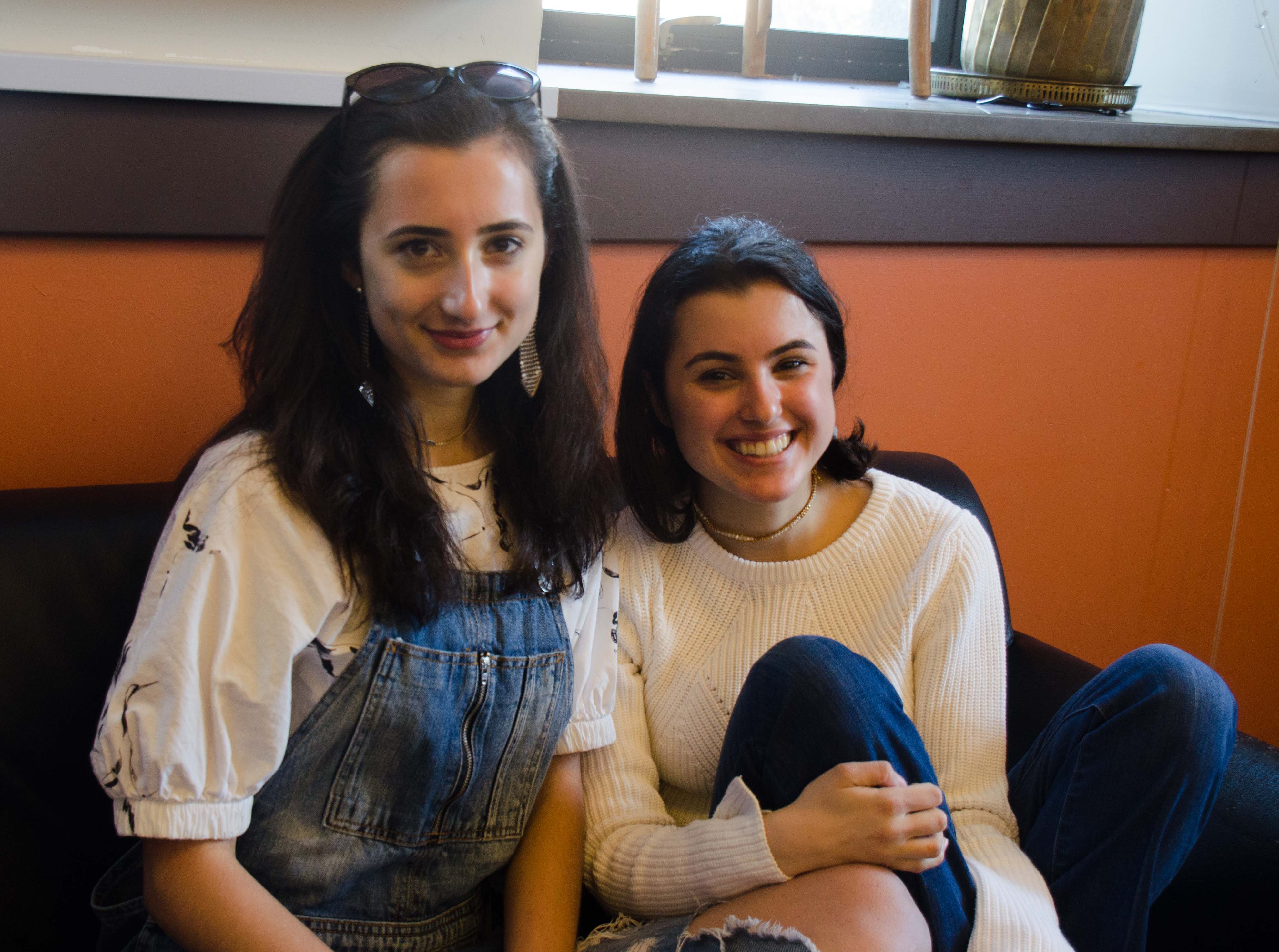 The band Lopii is comprised of sophomore twins Katie and Olivia Lopez. The two have an origin story as a band that is unlike any other group on campus: It began at birth. The twins told me that they had always made music together, but that they first performed officially as a duo during their sophomore year of high school, when they played in their school’s talent show with an original song that included, of all things, an iPad cello on GarageBand. Since then, Katie and Olivia have released an album and an EP, and Katie has traded in her iPad for a guitar.

The Argus: What genre do you think of yourselves as working in?

Olivia: We consider ourselves songwriters, and we write in all genres, basically. But as a band it’s kind of alternative.

Katie: I would say alternative, acoustic mostly. Our last album was electronic.

OL: We wrote basically all new songs for this performance. And they kind of verge a little bit on rock.

OL: Kind of like, we’ll try it out, why not. But our last album was more electronic, and then the one before that was very acoustic.

A: And how did your production process work?

KL: Can we just do a shout-out to Randy?

OL: Yeah, shout-out to Randy! Katie met him at a soccer party or something?

KL: I met him, yeah, and he ended up producing our album.

OL: And just, like, all this shit would happen in our lives and we’d bring him a song—

OL: And he was so good to us. So that’s how we produced it.

A: Do you feel like you’re getting more into doing production stuff on your own now?

OL: Our first EP we produced all by ourselves. We did it all. It was based on Paris, and we went on a trip to Paris and recorded sounds there and added it in and stuff. Yeah, I’m excited to learn more about producing.

A: So you said that your set on Friday is a little more Wes, what does that mean?

KL: Well, I would say, like, upbeat, a full production with drums, not acoustic, electric.

A: Oh cool! Who else is playing with you?

A: So what do you want to see happen in the Wesleyan music scene?

OL: I feel like every time I go out and see music, it’s all sort of very similar. I wish that there was more variety in genre. I feel like I listen to the same style. I mean the music is good, I just feel like there needs to be more variety, more acoustic stuff. I don’t know, just like changing it up a little. I love the college’s sound—

KL: And we’re trying to fit that too.

A: But it is kind of like when you’re in a writing class and you’re worried that all your writing is becoming the same?

OL: Yeah, exactly. Sometimes I feel that people are so under the influence and out of it that they don’t care what they’re listening to, and as long as it’s loud and fun and has a beat, its okay. But for me, I can’t dance if it’s not a good song, and I like just experimenting with sound and focusing on the song itself, and I love it when a song carries you emotionally, and it’s a journey, you know?

KL: I guess I would say, more variety, to sum it up.

KL: And I really do want to be part of the music scene and booking. I know Angel [Santana ’21], who’s booking this whole show, I want to work with him and other people to get some more variety.

OL: I think it’s been a year since we’ve played live, and we used to play all the time in high school.

KL: I would say we’ve done a lot of writing.

OL: We’ve just been writing so many new songs lately, and we want to perform songs that are relevant to what’s happening to us at the moment. We haven’t performed technically [at Wesleyan] but we did do the open mic last year and that was so fun!

KL: That was the only time we’ve played at Wes. I feel like we’re more songwriters than performers so it’s definitely a challenge but—

KL: You definitely get a high.

OL: We’ve done it so many times that it’s become very second nature.

A: Do you guys have anything else you want to cover? Are you seeking any collaborators?

OL: We’re looking for a producer for our next album. And any musicians who want to jam/collab any time!

KL: And we’re definitely going to have to have there be some more variety, organize some acoustic stuff.