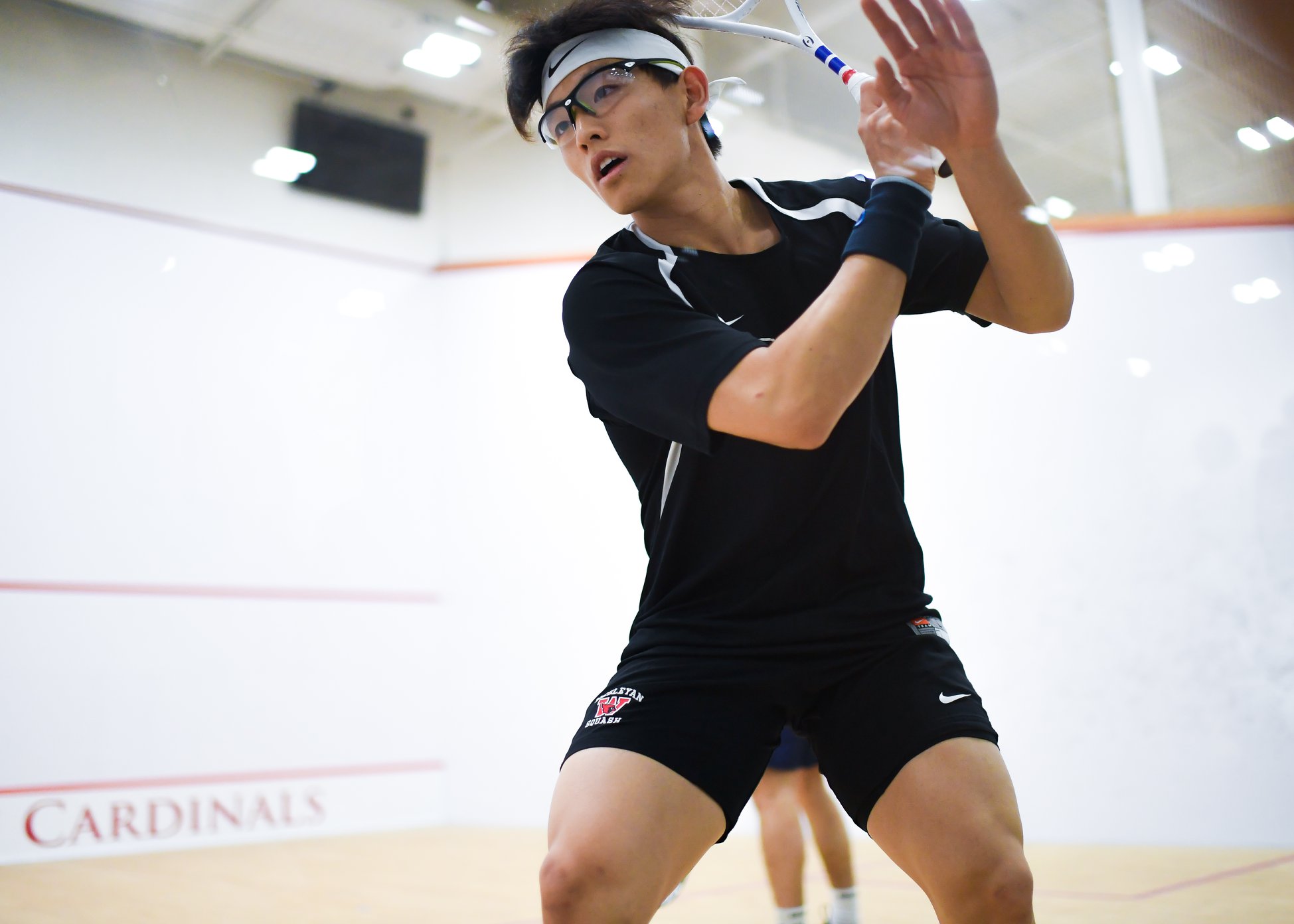 This past weekend, our No. 28-ranked men’s squash team faced a grueling three-match national tournament in New Haven, Conn.

The Cardinals’ first match was against local rival Conn. College. It was the third meeting of the year for these Connecticut powerhouse programs, with the two teams splitting the first matches. In Nationals, however, it was the Camels who would emerge victorious in a tightly fought 5-4 match. At the top of our ladder, Sean Choi ’21 and Yahya Ladiwala ’19 won their two matches; however, a strong performance from the middle of Conn College’s roster secured the victory.

Despite a tough loss, there were still positives to take away from the game.

“None of the matches that was lost were in three games, so it was tight, and we pushed them to their limits, so [that] was a proud moment we had,” Captain Kevin Le ’19 said. “We knew we could take them on, and even though we lost, we did it with class and composure, so I was so proud of our team for that.”

“I was extremely happy with the way the men’s team played this weekend,” a proud head coach Shona Kerr said. “It was always going to be a tight match with Conn College. The team played a lot better than they did the last time we played them, and it truly came down to a couple of referee decisions and a total of two points. We played with grit and class not shown by others, for that I’m incredibly proud.”

This grit would be tested, as following a heartbreaker to Conn College, Wesleyan still had to compete for the rest of the weekend. Next up was the No. 32-ranked West Coast Stanford University Trees. The Red and Black would look like lumberjacks on the courts as they produced a splendid performance against Stanford, winning 8-1. The bottom eight on the ladder all won their matches with sweeps by Ladiwala, Will Bienstock ’20, Alex Dreyfus ’20, Peter DeLalio ’19, and Andrew Doucette ’22. 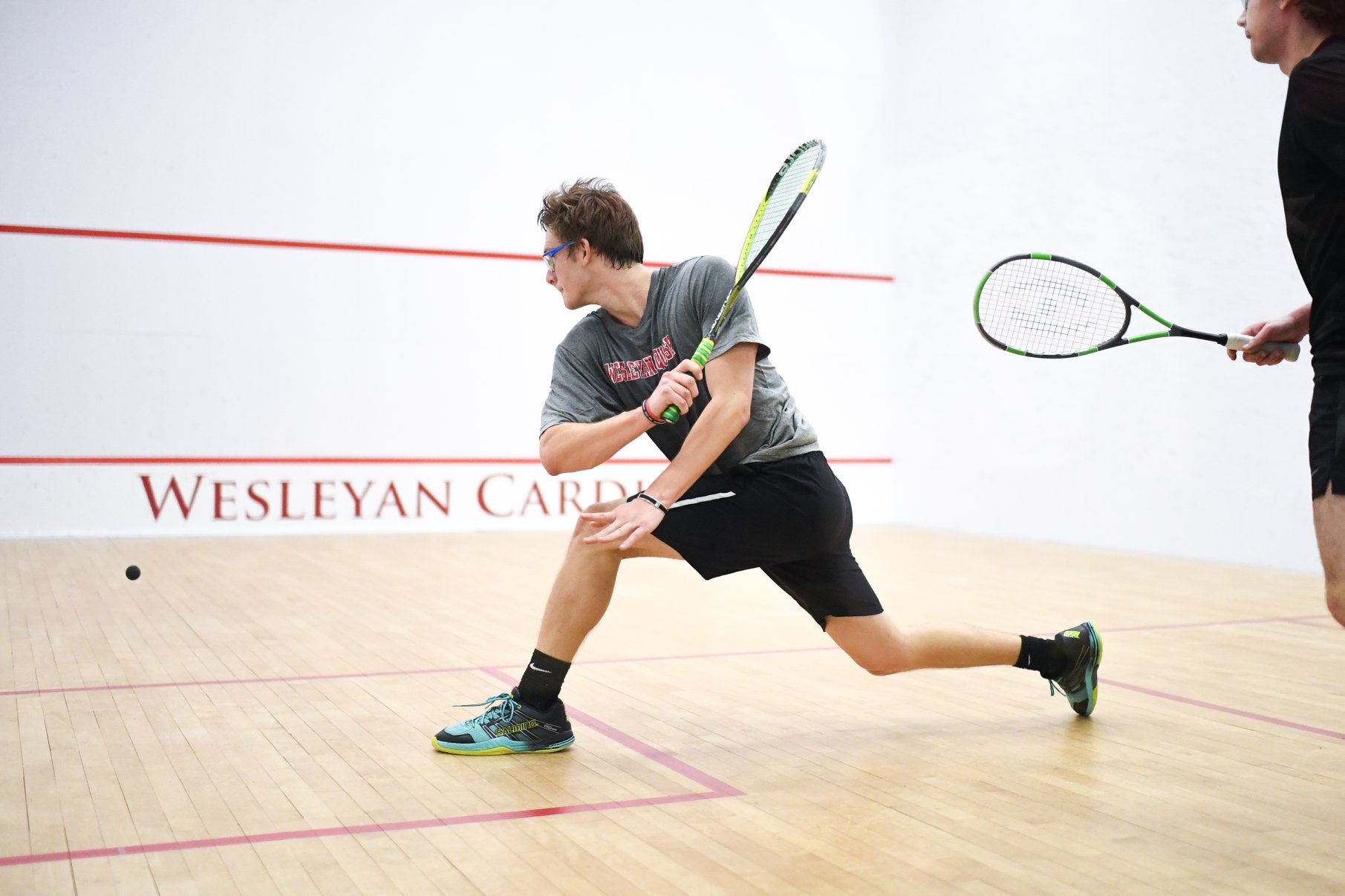 Following this convincing win against Stanford, Wesleyan once again had a match against Haverford, whom they had beat 7-2 earlier this season. The Cardinals would make no mistakes in what would be the seniors’ last time in uniform. The Red and Black went out with an 8-1 win to conclude their season. Ladiwala, Le, and DeLalio each won in their finals matches to conclude their Wesleyan careers on a great note, with all three of them sweeping their matches.

“The highlight of the weekend was finishing off the tournament strong with two solid wins in a row,” Le said.

“They also played incredibly well for the following two matches, and the seniors went out playing the best squash of their career—I cannot ask more as a coach,” Kerr said.

Outside of the weekend’s strong play, Le reflected on the team’s dynamics after a successful senior season.

“What’s been different about this team is our chemistry, which was much stronger than last year,” he said. “We had the same group coming in from last year, so it was actually more sad to graduate our six seniors on the team. I’ve enjoyed so much being a senior captain on this team because of how much we’ve grown this whole season and how well we’ve improved during this whole process. From the first match to the last, we managed to become closer and we’ve formed a family within this team.”

The future for the men’s squash team is also bright as Choi, at the top of their ladder, is only a sophomore, and the rest of the roster contains depth across the three years. Needless to say, the men’s team will be back and as strong as ever next season.

Next up is the women’s squash team playing in Nationals, which take place this upcoming weekend. They will hope to build off their fantastic NESCAC performance that saw them leapfrog Hamilton to become the No. 7-ranked team. The tournament will be held at Trinity and Wesleyan, so it is a fantastic opportunity to see this group compete in the tournament.

“For the women, we would like to finish ahead of our seventh-place seeding, and I wholeheartedly believe we can,” an enthusiastic Kerr said.