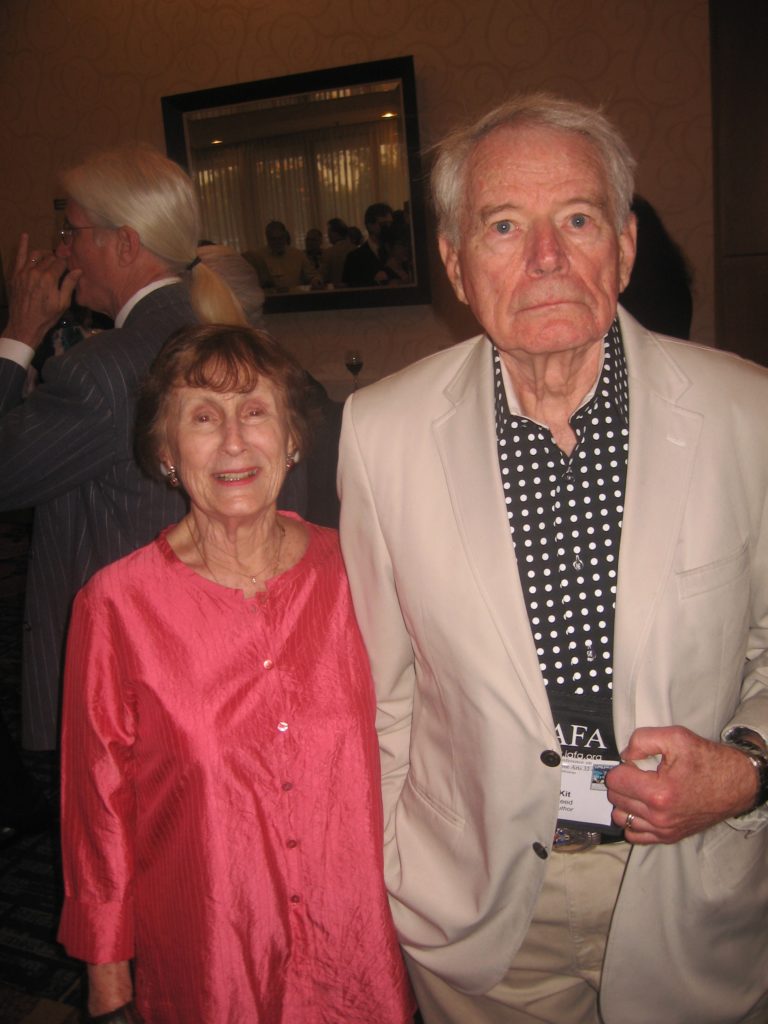 Professor Emeritus of English and American Studies Joseph W. Reed passed away on Feb. 11 at the age of 86, President Michael Roth ’78 recently announced in a blog post. Joe Reed was preceded in death by his wife, Kit Reed, an award-winning journalist and fiction writer, as well as a professor and resident writer in the University’s English Department. She passed away in September 2017.

Joe Reed received a bachelor’s degree, master’s degree, and Ph.D. from Yale University, in addition to participating in ROTC programs. He took a position with the Wesleyan English Department in 1960, moving to Middletown with Kit. The two of them were often seen walking their Scottish terriers near and on campus.

“They were legendary, and part of a classic Wesleyan that welcomed quirkiness, originality, and encouraged outrageousness as long as it was interesting,” Associate Professor of American Studies Indira Karamcheti, who had been friends with the Reeds since the 1990s, wrote in an email to The Argus. “They were themselves obsessively productive, creating any number of novels, short stories, reviews, criticism, scholarship, paintings.”

The couple was involved in Wesleyan beyond just teaching classes on campus. Three of Joe Reed’s books were published through the Wesleyan University Press, and Kit Reed published two. Joe Reed also collaborated with Professor of English, Emeritus, George Creeger in 2012 to create a collection of 19th-century images for Special Collections. And, most recently, as noted on the Wesleyan Connection, a labyrinth was dedicated to the Reeds in 2009.

“They have surprised and inspired us with their humor, their eccentricities, and their love of literature, film and art,” project leader Stephen Alter ’77 said in 2009, reflecting on the labyrinth project. “For all these reasons, we dedicate this labyrinth in their honor, so that future generations of Wesleyan students will trace these paths and discover the secrets that lie therein.”

Beyond his love for and contributions to the arts, Joe Reed was noted time and time again as a spirited and intellectual character.

“He was renowned among Wesleyan students and faculty for the originality of his mind, the keenness of his insight, and the depth of his aesthetic appreciation,” Professor of English Sean McCann wrote in an email to The Argus. “A founding figure in American Studies, he could speak illuminatingly about the historical significance of Edison and the cultural history of American beverages. Generations of Wesleyan students and faculty will remember him as a fiercely independent thinker and as a warm and generous mentor who fostered a lively sense of community.”

Joe Reed retired in 2004 but stayed active in the arts. As Karamcheti noted in her email, and as Reed himself wrote in the spring 2016 issue of the Wasch Center for Retired Faculty Newsletter, he had another longtime passion beyond teaching: painting.

“For me, painting is less a second career than a parallel career,” Joe Reed wrote. “I’ve been painting for almost as long as I have taught. It began with four water colors for Prof. Frederick A. Pottle, my mentor and later collaborator at Yale, and Marian Pottle, the Boswell bibliographer. They were in Maine for the summer; we redecorated their bathroom as thanks for a summer we spent in their house in New Haven…. The bathroom walls needed that finishing touch: herbal watercolors. I painted four.”

His colleagues spoke warmly of him and Kit when reflecting on their presence as members of the Wesleyan community.

“When Kari and I moved to Middletown in 2007, Joe and Kit were the first to welcome us with a meal, with animal stories, with art and friendship,” Roth wrote in his blogpost. “We will cherish his memory.”

“Their big yellow house on Lawn Avenue was always open to anyone—student, faculty, writers, artists—who loved art and writing and most of all good conversation,” Karamcheti wrote.

Another, Professor of Psychology, Emeritus, Karl Scheibe, met Joe Reed in 1963 and emphasized his creativity.

“He was aptly described as a character, outlandish in some ways, a loyal and even loving friend, a petulant and unyielding adversary, always a source of energy and commonly an object of wonder,” Scheibe wrote in an email to The Argus. “Joe was constantly working on some intricate design— producing miniatures of perfection with hands that seemed constantly atremble; all the while guzzling a mug of ice tea.”

Joe Reed is survived by his three children, Mack, John, and Kate, and four grandchildren. His family wrote an obituary for him on their donation page for Alzheimer’s Los Angeles, noting his work with Wesleyan and his big-heartedness.

“Joe was a brilliant professor and artist, a deeply loyal friend, a fierce champion of colleagues whom he knew were brilliant, but were being discriminated against for their race, sex, or sexual orientation,” his family wrote. “Despite the ugliness of Alzheimer’s, we lucked out with Dad. He knew us, would talk to us, and laugh with us. May our sense of humor always be the last thing to leave.”