“A Doll’s House, Part 3” Critiques for Critique’s Sake, but Humorously 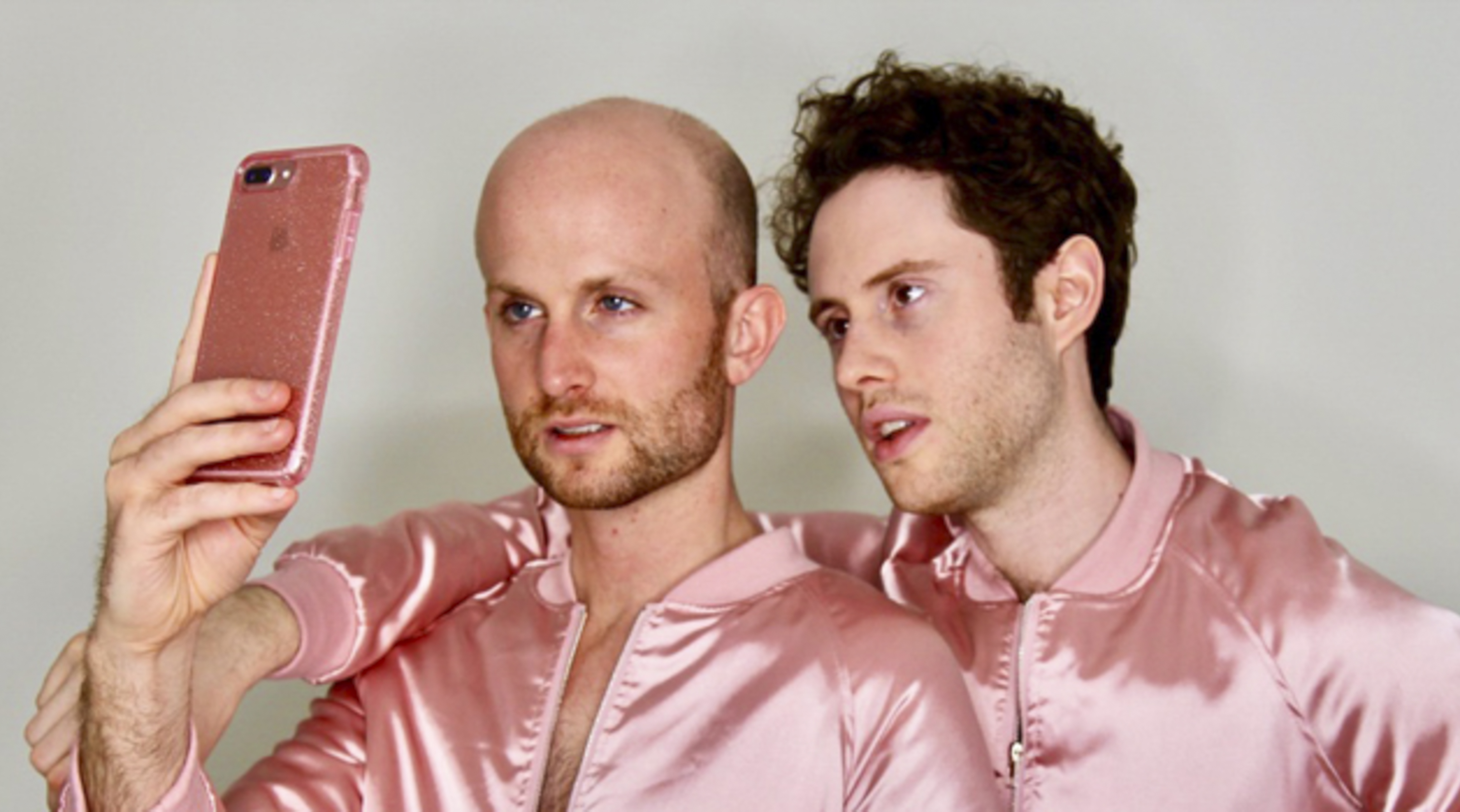 Lucas Hnath’s critically acclaimed 2017 play “A Doll’s House, Part 2” was a conceptual sequel to the 1879 play “A Doll’s House,” written by Henrik Ibsen. In Michael + Patrick’s “A Doll’s House Part 3,” Michael Breslin and Patrick Foley conjure what is less a twist on the past two plays than a self-aware and gloriously insane deconstruction of the original domestic plot, of the theater world, and even of the Wesleyan audience watching the show. The play is told from the perspective of the three children of the woman who stars in the original play: Bob, Ivar, and Emmy. It was put on in the University’s Center for the Arts, as a part of the Center for the Humanities’ Spring 2019 lecture series, “Hyperbole: Sense, Sensation, Spectacle.”

The show addresses, according to dramaturg Ariel Silbert, the phenomenon of an overabundance of “reality.”

“What escapes the ideology of the truth-claim, the Politifact, the action-item?” Silbert queries. “Trauma, maybe…gay shit. ‘Queer performance.’”

“I have never felt more called out in my life,” a friend told me when we left the show. “But in the best way.”

His comment summed up the tone of the show, which, more impressively than anything else that it did, satirized “serious theater” and the ways in which the slightly-alternative-overly-academic theater world tends towards artistic production that is often conceptually weak and somewhat masturbatory in affect.

The production alternates between two major scenarios: that of a woman who is filming some sort of makeup tutorial while reflecting on her life and her family dynamics, and that of the three siblings, all actors, whose actions are somewhat more ephemeral but who explore questions of artistic production, queerness, and technology.

The show’s action begins with a woman, listed as Content Kween, seated at a table as her face is projected at a much larger size onto a screen in the center of the stage. The woman begins to apply eyeliner, then mascara.

“When I was ten, I waterboarded my four-year-old sister,” she confesses, her voice remaining eerily calm.

Suddenly, a trio of dancers whirls onstage in dirndl-like dresses, two of them in drag. The dancers are, to their own confusion, dancing the tarantella. Why?

“To honor our Italo-Norwegian history,” one of the people in drag answers.

“For the last time, just because you spent a summer in Italy doesn’t make you Italianx,” another argues.

Michael + Patrick see everything that is the most ridiculous about white liberal queer culture and manage to satirize it incredibly successfully, in what is essentially a new version of Portlandia, but for our micro-generation of 20-somethings. At times, however, they straddle the line of satirizing white neoliberal appropriation of social justice and activist language, and of critiquing actually valid practices of activism in ways that can be somewhat dismissive. The language of hyperbole that Michael + Patrick employs both makes the show hilarious to watch and makes it difficult to communicate nuance of tone in some contexts.

“Wesleyannnn,” moans a character at the outset of the show. “Where I was waitlisted, and then rejected. Where I attended a summer theater intensive in which I fell in love with a woman, for the first and last time.”

The lines are hilarious and relatable, but just in-group enough to make the average Wesleyan quiet-side student die laughing. But here’s the thing about this show: it wouldn’t work anywhere else. Its lines ricochet startlingly quickly from discussing Timothee Chalamet as a sex icon to the power of ASMR to juuls to the difference between “campy” gay theater and “queer theater” imbued with “subtext.” And even if you are familiar with the cultural references, the show also depends on the viewer possessing at least a peripheral knowledge of gender and queer theory to fully understand it.

What makes the show unique is that it has been conceived for an era in which queer people—in certain contexts—have become safe enough that they feel comfortable satirizing themselves. That is, if Judith Butler argues that hyperbole or repetition can be an aesthetic tool to reveal the extent to which gender is socially constructed and that we are all both our own bodies and our performance of those bodies, Michael + Patrick manage to perform the performance of gender. They hyperbolize hyperbole to an extent, by laughing at their own self-seriousness, at the ways in which they and the (white) queer theater community more broadly have become too invested in the power of affect or subtext in a way that has led to a dissolution of coherent narrative. However, rather than suggesting another way forward, presenting a new paradigm of understanding queerness that doesn’t just critique concepts of identification but challenges them aesthetically, as José Muñoz and so many others have done, Michael + Patrick simply present to us, albeit humorously, the shortcomings of their own sociocultural understanding of themselves.

Relatedly, the show does little to delve into issues of race, save for a scene in which one of the siblings turns towards the audience and solemnly intones, “I am a Complicated White Woman,” with the “wh”s overemphasized with spot-on precision. Although the actors imply that there might be people of color out there that are delving into issues of identity in more meaningful ways, this show is not mainly about them, save for the “Content Kween” who pops into the show every now and then. The “Content Kween,” like the siblings, explores issue of trauma and performance. As she goes through the steps of her makeup tutorials, her movements and tone seem to suggest the act of putting on armor, of creating her own strength. Although the character explores issues paralleling the siblings, within the context of a Hispanic household, her storyline isn’t given enough room to fully develop, although the actress, Catherine María Rodríguez, does a wonderful job of portraying the confident, emotionally intimate character.

Much of the show is devoted to a meta-exploration of the practice of playwriting, including name-dropping and subsequently roasting much of the theater establishment, including the Yale School of Drama, which the playwrights themselves attended. Some of this hit home in the audience, but some of it seemed mostly funny to the performers themselves. Another theme that is explored throughout is the advent of internet culture. Near the end of the show, a brother who has started his own ASMR channel proclaims, grandly, “Acting is dead and so is theater. In my house, content is queen.” He then proceeds to bite into an enormous pickle and chew it as he looks into the audience. This sketch sums up the show; the writers have done an excellent job of revealing the insanity of the symbolic, and of the failure of artistic theory and practice in the Internet age, but they struggle to latch onto any content that proves truly original.