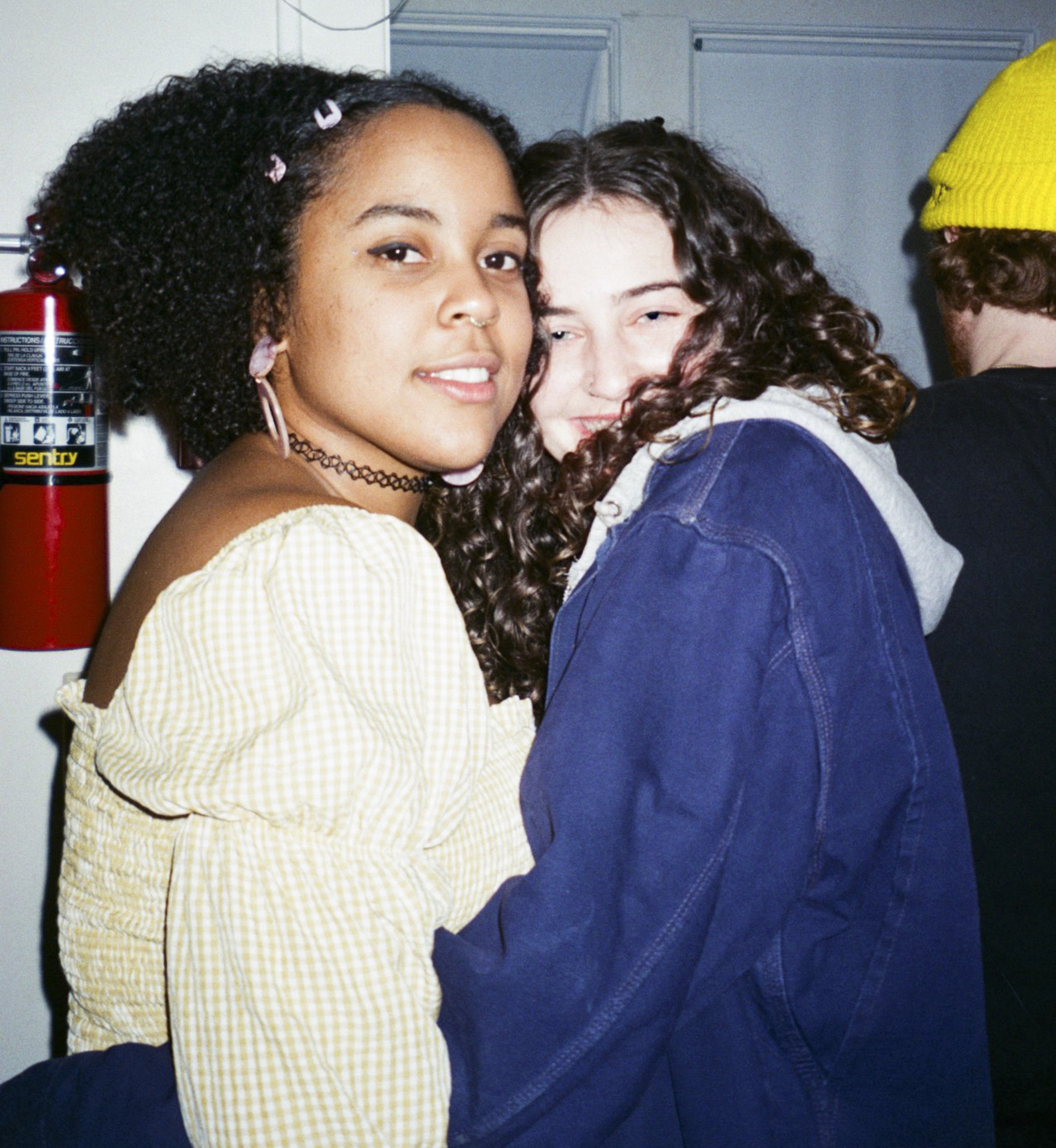 The Argus: So, you guys knew each other before coming here. Tell me your how-we-met!

[Clare screams and they laugh].

JC: Both of our moms went to the same camp, too, but not at the same time. That’s how we both heard about it. So, we met when we were eight, the first year I was there before you, like the first half of the summer, and we overlapped for two weeks, and we were in the same tent. And Clare was the only white girl, and I was the only black girl who was comfortable with white girls. [Both laugh]. But we had a third!

CZ: Yeah, the next summer we met our third friend and that was when the three of us—

TA: You guys are both from New York City, so after you became friends did you start hanging out with each other when you were home?

CZ: Definitely in a sort of birthday party way. We didn’t go to school together but it was like “my camp friends are going to come to my birthday party.” Cause our parents were still driving us around at that point. By the time we were like 13, I would say we started hanging out on our own pretty often.

TA: What’s a memorable playdate you had when you were around that age?

CZ: We went to an Animal Collective concert in like, seventh grade.

JW: At the Guggenheim. That was a memorable one.

CZ: Yeah, that was a good one…

JW: Well, just to explain, our thing was, like, seeming older. And we did look older, so we [took a lot of pride in that].

CZ: We went to SOHO for Fashion’s Night Out in seventh grade, and I had—

JW: We would just try to like scam men into thinking we were 16.

CZ: I had food poisoning, like straight food poisoning—we weren’t drinking alcohol. But I was throwing up, and we were sitting on this curb and these like 17-year-old or 18-year-old boys, and they came over to ask for rolling papers and instead of just saying “nah” I was like, “No we’re 12!”

JW: None of it was sexual, but like, we really would just kind of traipse around, getting people to think we were older than 12. Like that was our pastime. I feel like we were just hyped off of being girls, in a way…

CZ: New York is a fun city to run around in. I mean, that’s what was fun about going to SOHO when we were like 12 years old. Walking around, pretending that you’re like, in “Sex and the City.” Get free stuff, steal from Sephora.

TA: Did you want to go to school together?

JW: I think we didn’t want to go to school together.

CZ: Yeah, we very much wanted to have our own experiences. But we went college touring together, and we were looking at similar schools, we had similar criteria. And then it all just kind of happened, where it was just like “Are we really both going to go to Wesleyan?” And my best friend from high school got in.

JW: Yeah, and so many people from my high school as well! So, there was a scary moment where it was like, “Oh shit, is this going to be too much.” Because up until then our friendship had been based off of the premise that we see each other in spaced-out increments. So, just the idea of our worlds colliding in that big of a way was like—

CZ: I can’t believe we almost didn’t go to college together! That would suck!

JW: We were so stupid! That would suck so bad.

CZ: Hm…I think Jordan is incredibly cognizant of everything that’s around her, very observant and aware. She just takes everything into account, which I think is really admirable. And she’s really funny. Like the funniest person I’ve met.

CZ: For a while, no one else had made me laugh.

JW: Actually, me neither! Honestly, maybe until I met Isaac. Clare is like…I mean I don’t really know how to say this without sounding corny, I think I’ve never thought about it in an eloquent way, but…

JW: I think Clare has this crazy ability to reach people when they need to be reached, if that makes any sense. You are attune to what people need and when, whether it’s people you know well or not. Whenever someone is upset, and I’m like ‘I simply don’t know what to do,’ I feel like you’re good at figuring out and reading what they need and giving it to them. She’s also funny as fuck.

TA: Those are good compliments!

CZ: Yeah, I think that when we’re together, we do bring out…the best in each other. But it’s because we really grew up as two halves of a whole. 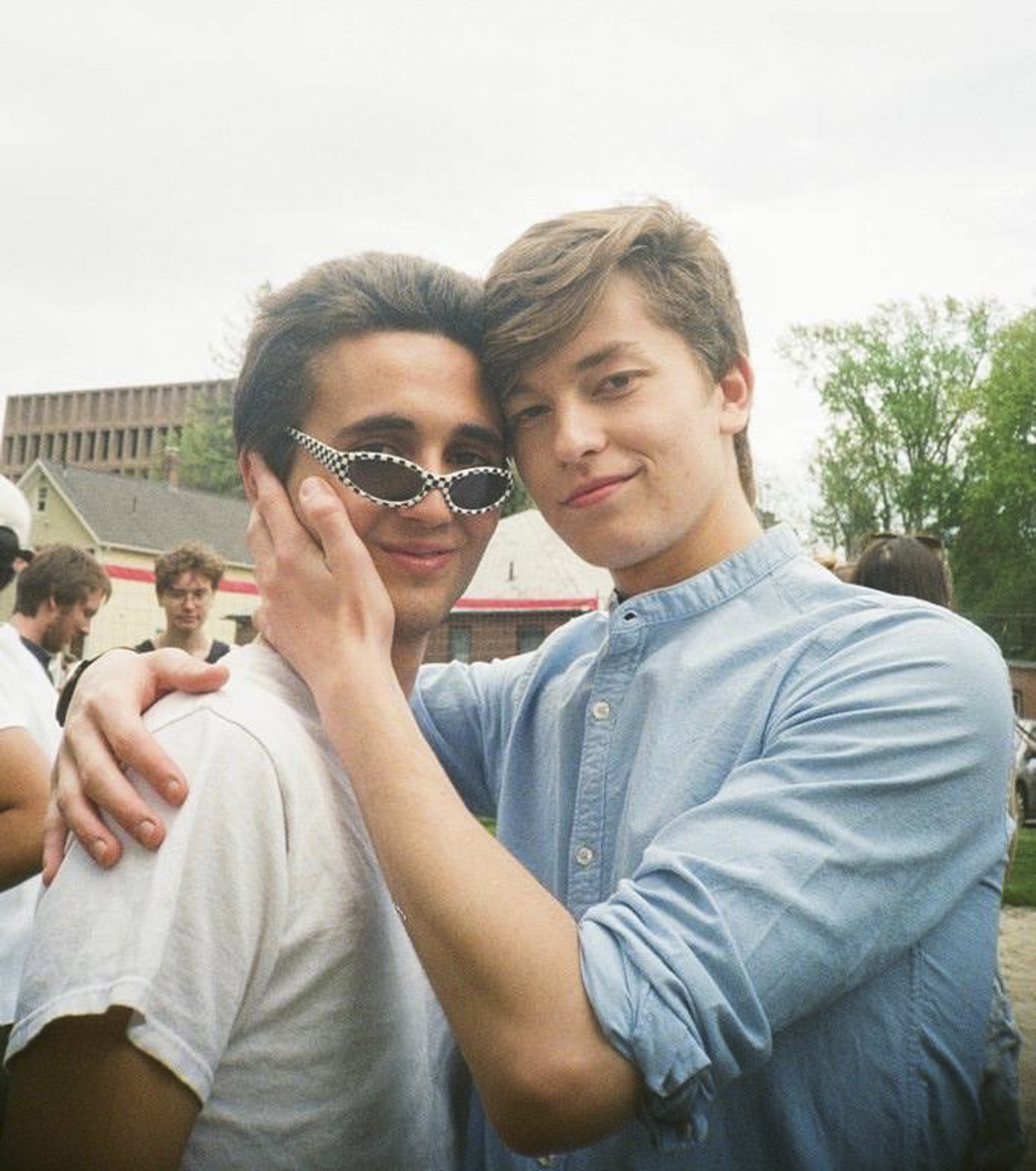 The Argus: What’s the story of your friendship, and when did you guys meet?

Alex Carroll-Cabanes: My only friend at the time was my roommate, and I lost him right before going to Usdan.

Lucas Cereijido: On the first day of school.

ACC: First day of school. Right after the group picture. So, I went up to Lucas and he was with some other people, and I was like “Can I eat with y’all? I have no friends,” and he was like “Yea, dude,” and that’s how we met!

TA: That’s beautiful. What’s the best memory you two have together?

LC: Wow, that’s a hard one. Honestly, [the last night of] Senior Week last year. We just spent the whole night together being fools the whole night. We climbed into a tree together and got yelled at by Psafe.

ACC: One of the Clark trees that are really thin. So, it was a pretty cool tree.

LC: And then we cried together in the morning about all the seniors leaving.

ACC: Aw, shit. Well, I like having good-looking friends. That’s about it, really.

LC: We’re just idiots together. We talk about nothing. Just kidding, we do. But it’s just so easy to laugh with each other. We have the dumbest sense of humor ever. We get each other in that way, I feel like. We’re great roommates.

ACC: We just make dumb sounds and laugh at each other.

LC: My favorite thing about Alex is that he is a straight chiller. I don’t know, he’s always in a good mood. Makes me laugh.

ACC: Yeah, Lucas is hilarious. He’s a very funny, smart man. We do have occasional very interesting conversations about stuff, which I appreciate.

ACC: But it’s good. I feel like we’ve gotten to a place where we’re chill about it.

LC: Yeah, it makes me laugh most of the time.

ACC: Yeah, it’s good banter. Also I feel like our living room is a perfect representation of our fused tastes. It’s kinda weird, it kind of has a jungle vibe. Mirrors.

LC: We bought a ton of mirrors.

TA: How are you sharing Valentine’s Day together? 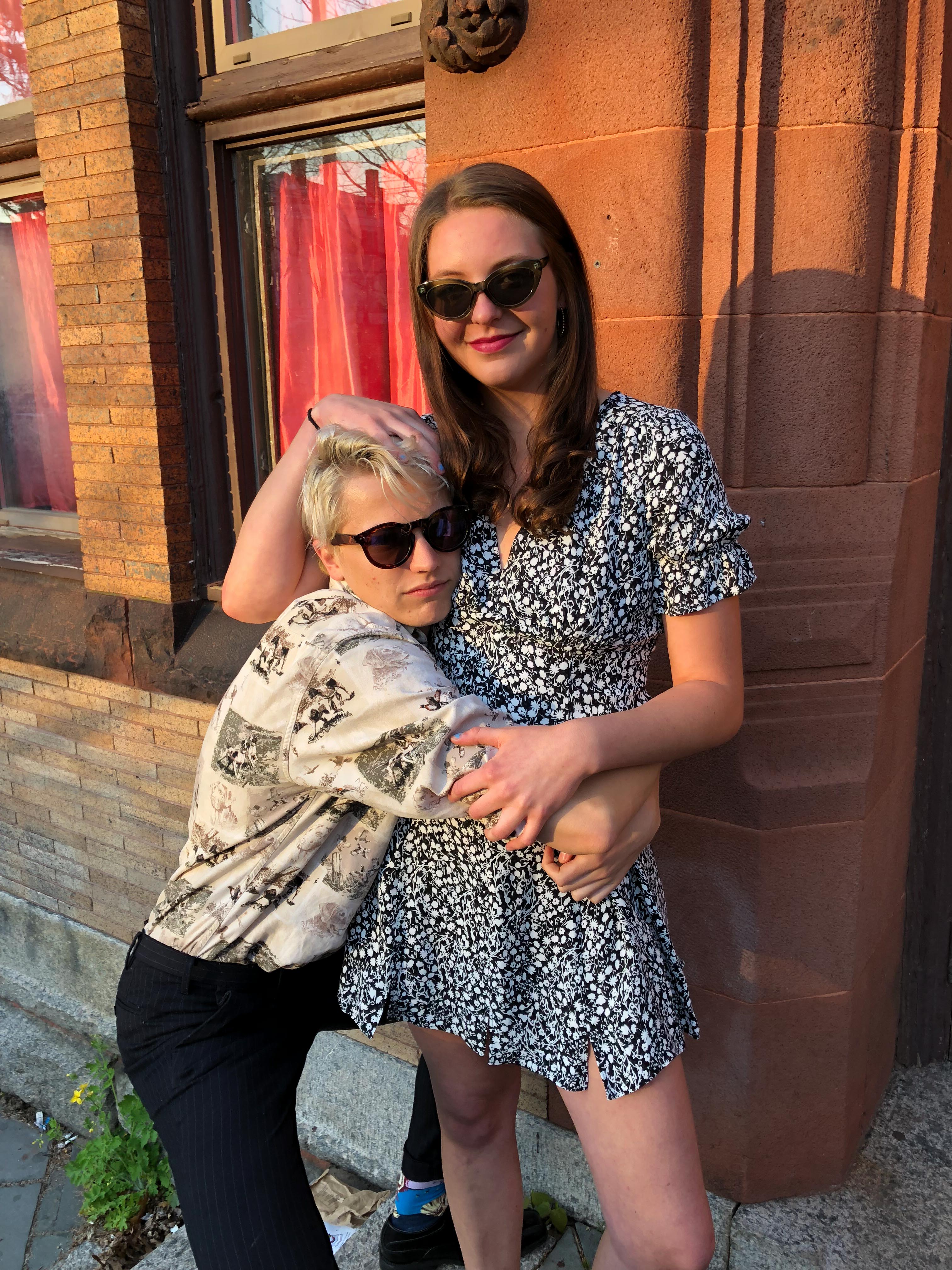 The Argus: What’s the story of your friendship and when did you meet?

Quinn Tucker: We met when I was on my recruiting trip to visit Wesleyan for swimming, which is funny because neither of us swim anymore.

QT: We just hit it off! And then I came to Wesleyan.

QT: Yeah, I was like a literal baby boy. And I came back for WesFest and stayed on her floor, and we really didn’t know each other. I had met her for like a 24-hour period. But then, my freshman year I lived downstairs from [Bella’s] cope, and so by chance ended up living near her. So the odds just ended up stacking up in our favor! It was beautiful. And I would go to Bella with all my college questions.

TA: So you’ve known each other for a while!

TA: What’s your best moment or memory you have together?

BW: So many. I need to go through my camera roll.

QT: This is tacky but honestly any moment of us fucking around in your bedroom. It’s just us at our purest form, alone, saying literally the first thing that pops into our heads. I already don’t have a filter, and this is twelve times worse.

BW: The things you’ve confided in me. We’ll just turn on the lights, play music, and sit. Also a lot of dancing…. Oh, oh my god. We filmed a cooking show once in Quinn’s apartment in Brooklyn over the summer.

QT: And the best part is that we almost burnt dinner.

BW: And almost lost the cat!

TA: What did you cook?

QT: No, it’s literally just us being like, “Oh my god, this is the tofu…” It was like beauty blog meets Ina Garten.

BW: Quinn, you’re just like, a vessel of energy and it’s beautiful, and inspiring.

QT: Aw, I should’ve chosen something better than your pinky fingers.

QT: Her pinky fingers. I stand by it.

TA: Are you sharing Valentine’s Day together?

QT: We are! But we don’t know what we’re doing yet.

BW: Some type of dinner.

QT: Another cooking show perhaps…. It’ll be like a champagne candlelit dinner.