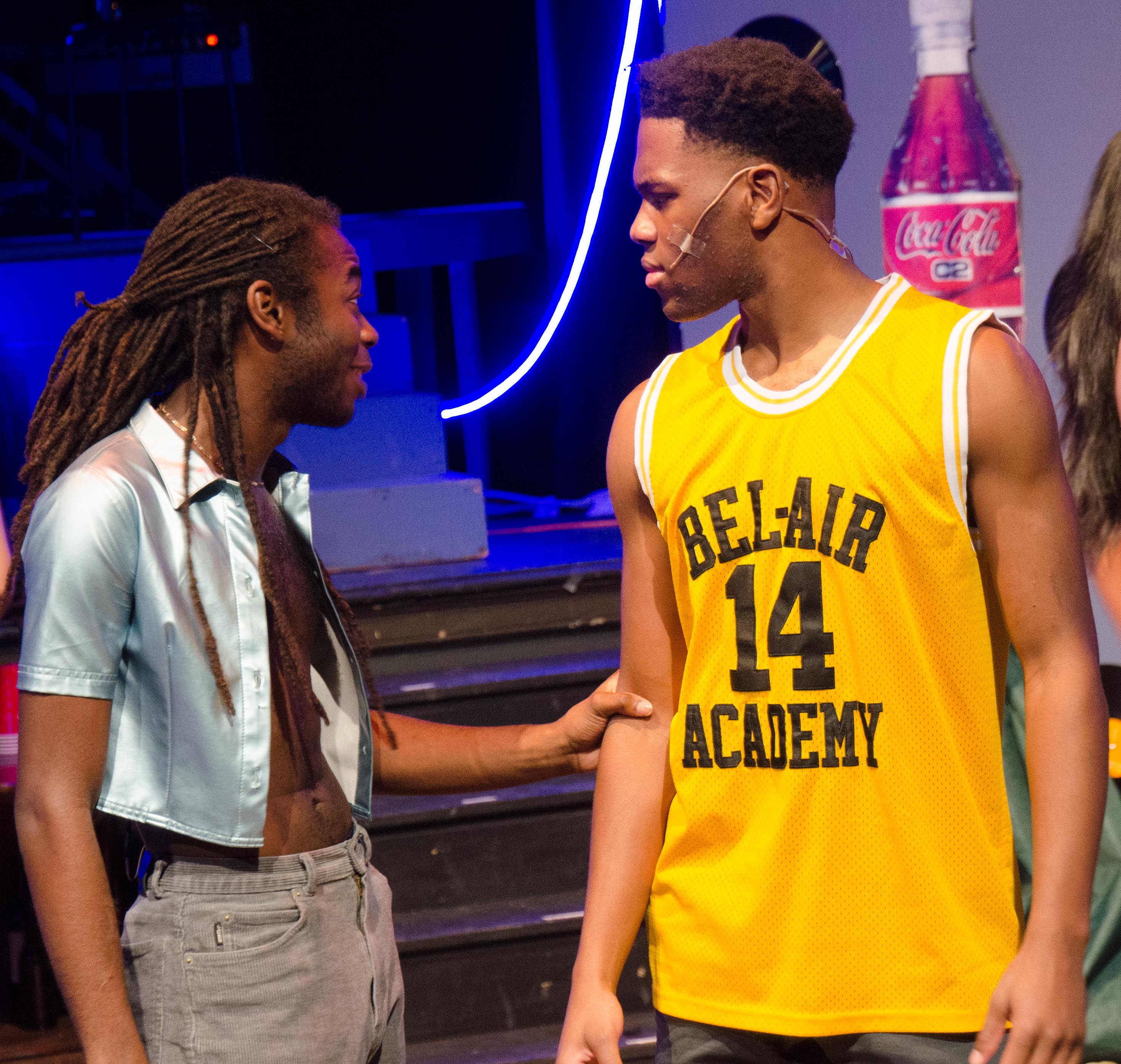 Strict yet loving parents who want the best for you but also won’t have you sneaking around behind their backs? Check.

Supportive friends pushing you to take that next step and talk to the girl? Check.

Balancing what you want and where you want to go with the expectations and needs of the people you love? Triple check.

“Let’s Talk About Sex,” which opened last night at the Patricelli ’92 Theater, focuses on classic themes of summer love and adolescent heartbreak, while still managing to surprise. The show, which is cast entirely with students of color, entertains while also touching on difficult issues such as abortion, cultural differences, and the difficulties of living up to parental expectations, particularly in immigrant families.

The show, which was written and directed by Zurich Deleon ’20, stars Helena Sanchez ’21 as headstrong and confident Eva, a die-hard Selena fan who makes decisions for herself and wants it all. Opposite Eva is Chris, a quiet musician played by Delando Clarke ’21. Like many others in the show, this is Clarke’s first time acting in a Second Stage production, but he looks just as comfortable on stage as he does on the football field. The audience gets to see Eva and Chris’ love blossom, but there is the inevitable presence of time always hanging over the stage. Eva is leaving for college at the end of the summer, and that’s not going to change. Eva knows what she wants, and she knows where she wants to go. Throughout the play, we see her make cerebral decisions; in the moments where she does listen to her heart, there are consequences outside of her control that teach her to do otherwise. 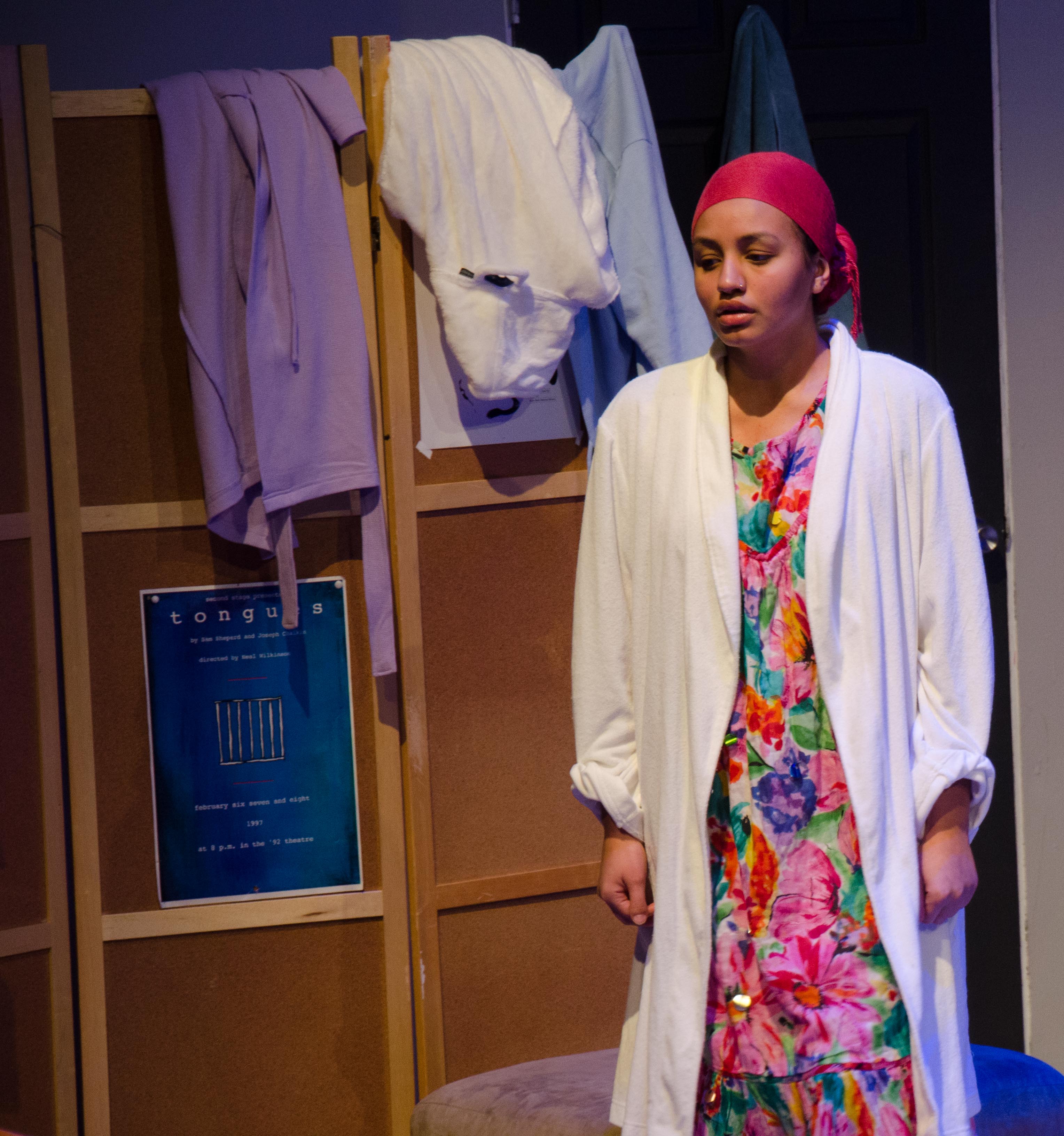 The conflict that comes from trying to compromise between your parent’s expectations for you and your own is a universal one, and Eva brings this struggle to life. “Let’s Talk About Sex” puts you right in Eva’s head as she embraces a new relationship at the risk of disappointing her mother (Gisselle Yepes ’20). Eva’s love for her mother shines through in the way they talk and in their dance number, but Eva is also pushing against her mother’s love, almost like she is struggling to breathe. No matter how close or how distant we may be with our own mothers, this image of a daughter growing both alongside and against her mother resonates deeply.

The music and lyrics for all of the songs were co-written by Deleon and Kevin Holliday ’19 and channel all of the best parts of “High School Musical.” The play does a great job of using music to tell the story, and Sanchez’s voice shines in its strength and beauty. Emotion is palpable in the voices of both Sanchez and Clarke, but there is something about the pain and anger in Sanchez’s solo songs that, for lack of a better phrase, really strikes a chord.

The stage is divided in two halves. Eva’s section is to the left and is full of periwinkles, whites, and yellows, with twinkling fairy lights spanning its length. Chris’ half is on the right and is decorated with vinyl records and fluorescent blue lights. In the middle, the rooms are connected by a single bed divided in half; Eva’s blanket is white, Chris’ blanket is black. The bed is a central feature of the show. At one point during a phone call where Chris and Eva quote the Selena movie word for word, the two lie opposite one another on their respective sides of the bed. The image is reminiscent of early 2000s sitcoms when the screen splits to accommodate both characters as they talk on the phone. The divide in the middle of the bed functions largely the same way.

The show’s lighting was also incredibly well done, with strobe lighting that syncs perfectly with the music. During a dream sequence, the lower stage goes completely dark, and Eva and Chris are shuffled up top, where a game show host (Drew Hill ’21) proceeds to grill them about their relationship. The lights are bright gold, Hill commands the stage, and you feel your heart beat faster as Eva and Chris are subjected to uncomfortable questions they have no choice but to answer. It is in scenic shifts like this where the lighting really works, where the characters’ emotions are magnified by the brightness.

Even aside from Sanchez’ and Clarke’s performances, the acting in “Let’s Talk About Sex”  is phenomenal. Naomi Williams ’19, Allegra Fils-Aime ’19, Imani Crews ’21, Kisanet Bezabih ’20, and Tiler Wilson ’20 round out the cast, bringing life to multifunctional characters that are present throughout the show.

The emotional rawness of the show and the intimate look into the minds of its characters make “Let’s Talk About Sex” a show you definitely don’t want to miss. The intimacy between the characters resonates deeply, and you really buy into the character’s struggles with love and life. The plot twists and turns keep you on your toes. You don’t realize how invested you’ve become in the plight of these characters until you catch yourself gasping out loud.