Men’s and Women’s Squash Brave the Break, Both Dominate Haverford 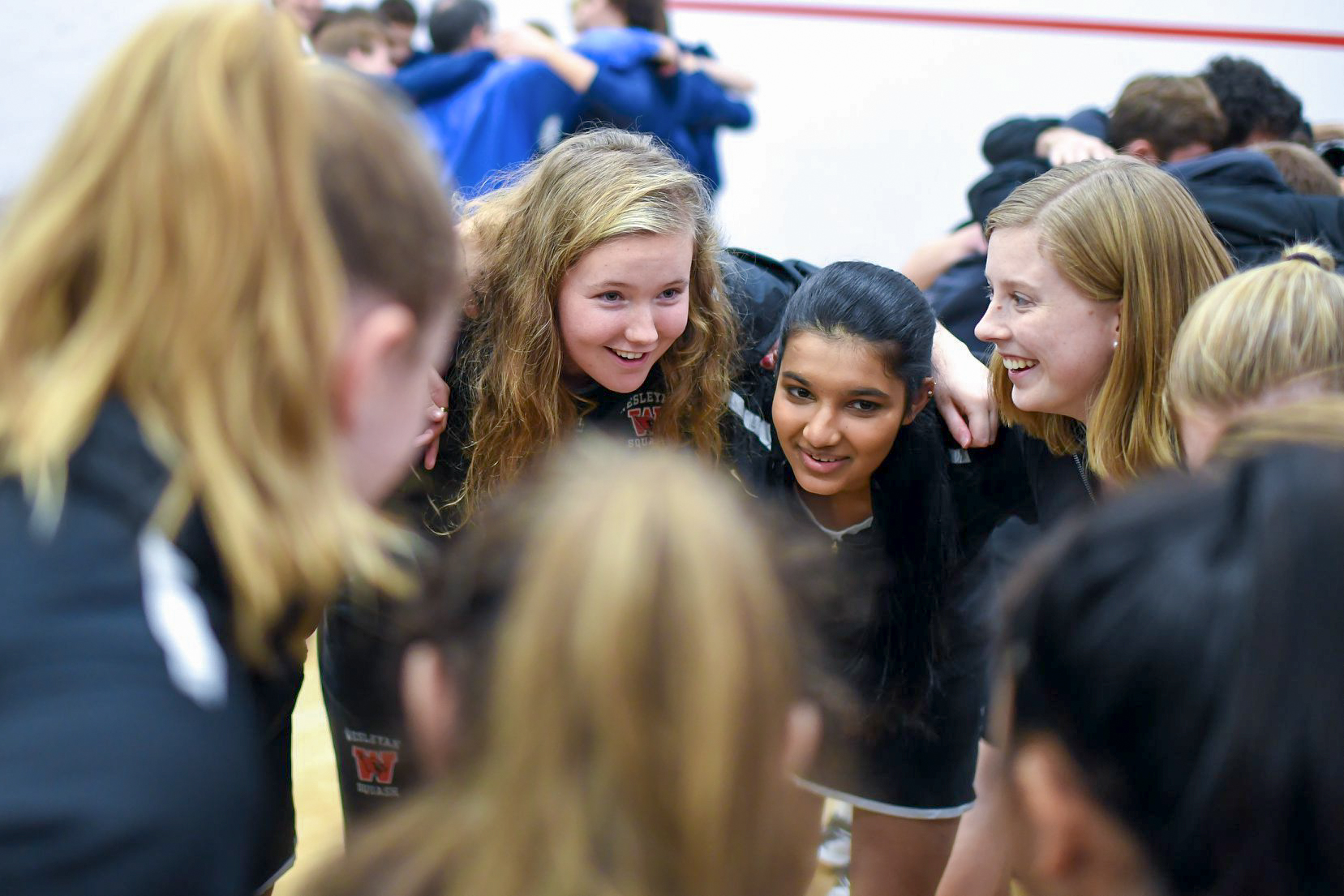 The winter session provided a key stretch for the men and women’s squash teams to work hard on the court and bond as a team away from the game. The Cardinals arrived back on campus on Friday, Jan. 4, ready to put 100 percent into improving their game for the packed winter circuit of matches.

“Over the winter training, we practiced four hours a day which definitely helped us all improve,” rookie Sydney Kim ’22 said. “I mean you can’t practice four hours a day and not get better.”

The winter training sessions provided the team with the opportunity to focus all of their attention on squash, and according to Kim, everyone seemed to be refining their games.

The winter training was supplemented with vital team bonding.

“The time over winter session allowed us to grow as a team because we always hung out aside from practicing twice a day,” Kevin Le ’19, captain of the men’s team, said. “It gave us time to bond and do stuff such as watching movies in our wood-frame houses to doing fun activities, such as doing a ropes course at an adventure park. It gave us a great opportunity to reintegrate the people who went abroad in the fall to meet their new teammates.”

As the winter season picks up, the squash teams will need to keep the positive attitudes alive as a difficult stretch of their schedule looms. 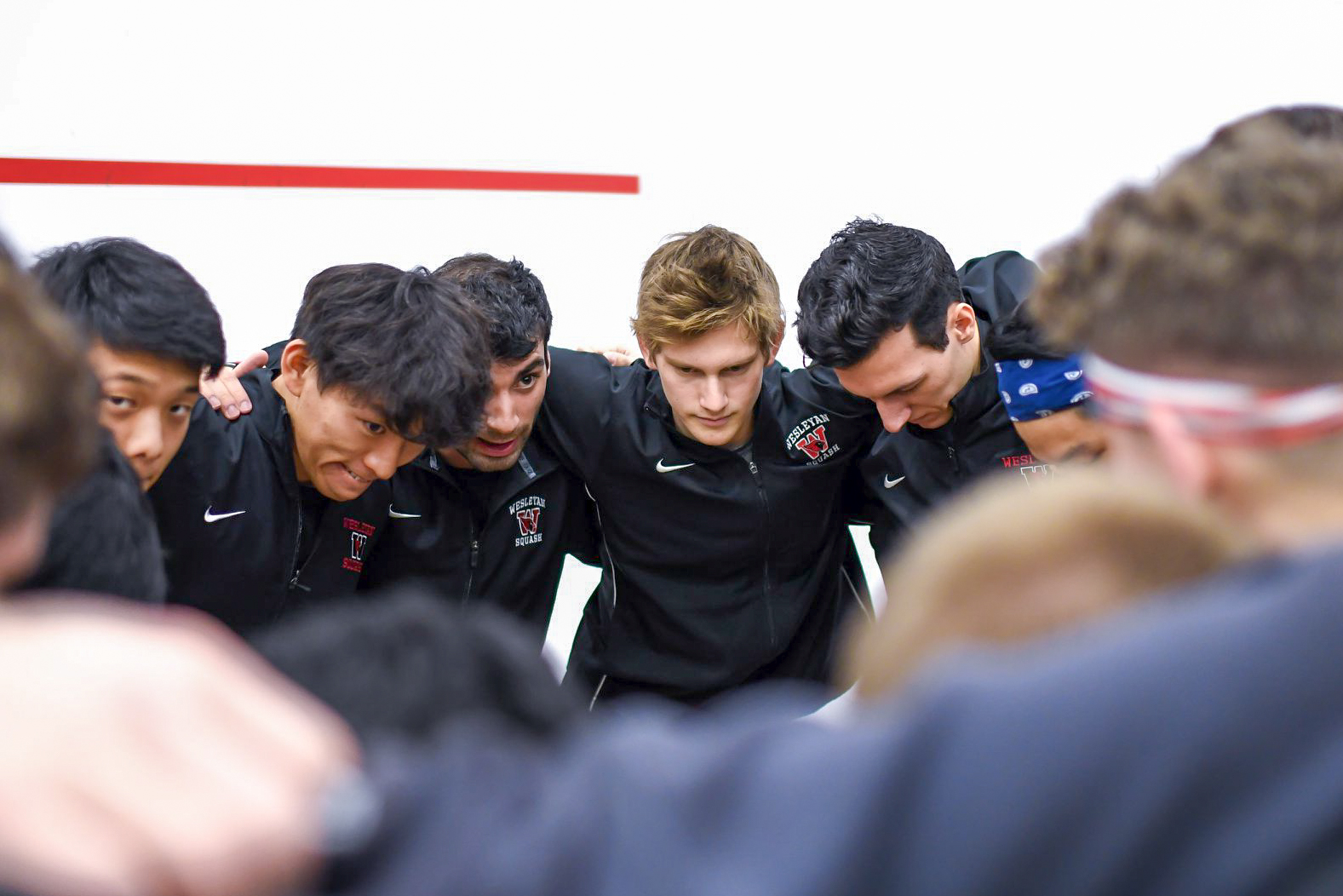 Both the women’s and men’s teams completed a trying circuit of matches over the winter term. For the women’s team, this stretch of the year finished with hard-fought matches in the Little Three Championship on Saturday, Jan. 26 against Williams and Amherst. Although the women’s team was swept by the Ephs, the top two in the ladder, Aditi Prasad ’21 and Ananya Vir ’21, won their matches against the top of Amherst’s ladder. However, the team still lost 7-2.

Despite these loses, the winter term contained some excellent victories for the Red and Black.

On Wednesday, Jan. 9, the Cardinals pummeled Bowdoin 8-0, and followed that up nine days later at the Pioneer Valley Invitational with a 7-2 win over Haverford, who are 6-3 on the season. The triumph over the Black Squirrels consisted of Wesleyan dominating both the top and bottom of ladder, with convincing 3-0 victories from Prasad, Nina Premutico ’20, Josie Russ ’20, Emma Smith ’22, and Kim. Overall, the women’s team had a successful run during the winter session.

The men’s team faced some difficult opponents over the winter session as well. After dropping matches up north to Bowdoin and Bates, the men’s team bounced back with a convincing victory over Haverford. The Cardinals bested the Black Squirrels, winning 7-2, with Sean Choi ’21 taking a victory at the top of the ladder. Cardinal domination continued through four of the nine slots of the ladder, allowing for an overall team win.

Although the men’s team lost tough matches against Williams and Amherst in the Little Three Championship, the upcoming NESCAC tournament will provide them an opportunity to win in the early days of February. 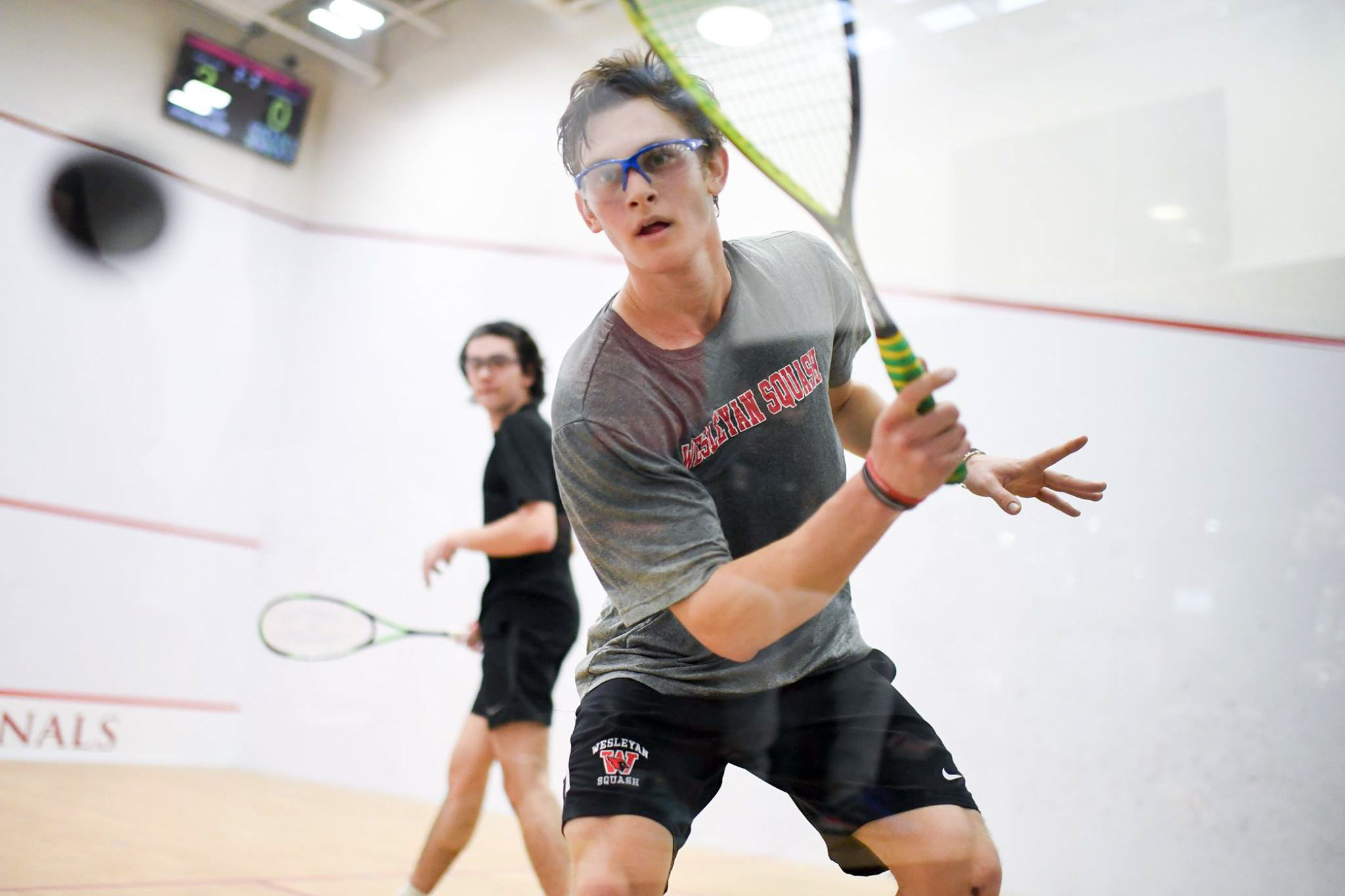 Looking forward to the NESCACs, both teams have a big chance to make a splash in the tournament.

“This is the time that the teams should be peaking,” Coach Shona Kerr said of both teams. “I firmly believe that both the men’s and women’s teams can play above their seeding in the NESCAC championships.”

Their hard work over the winter term will hopefully pay big dividends as this important part of the schedule begins.

“Every match counts a lot to improve our rankings and seedings for the national championships,” Le said. “Going into NESCACs at Middlebury this year, I would like to see us push through these intense matches while keeping our composure and integrity while representing the program. This is our chance to show the other schools in the conference who we are, so I’d like to see us perform well by looking back at our old matches and trying to see what we can do better for NESCACs. Regardless of what happens, our improvement is important, especially for the national championships at Yale.”

Both teams have a lot to look forward to in the future. With sophomores at the top of the ladder, both the men’s and women’s teams have bright futures and lots of room to grow.

“It’s a fantastic group of people, and over this season we have also become a family,” first-year Carly Blue said. “I’m just excited to see what the rest of this season has in store for us.”