“Tidying Up with Marie Kondo” Sparks Plenty of Joy 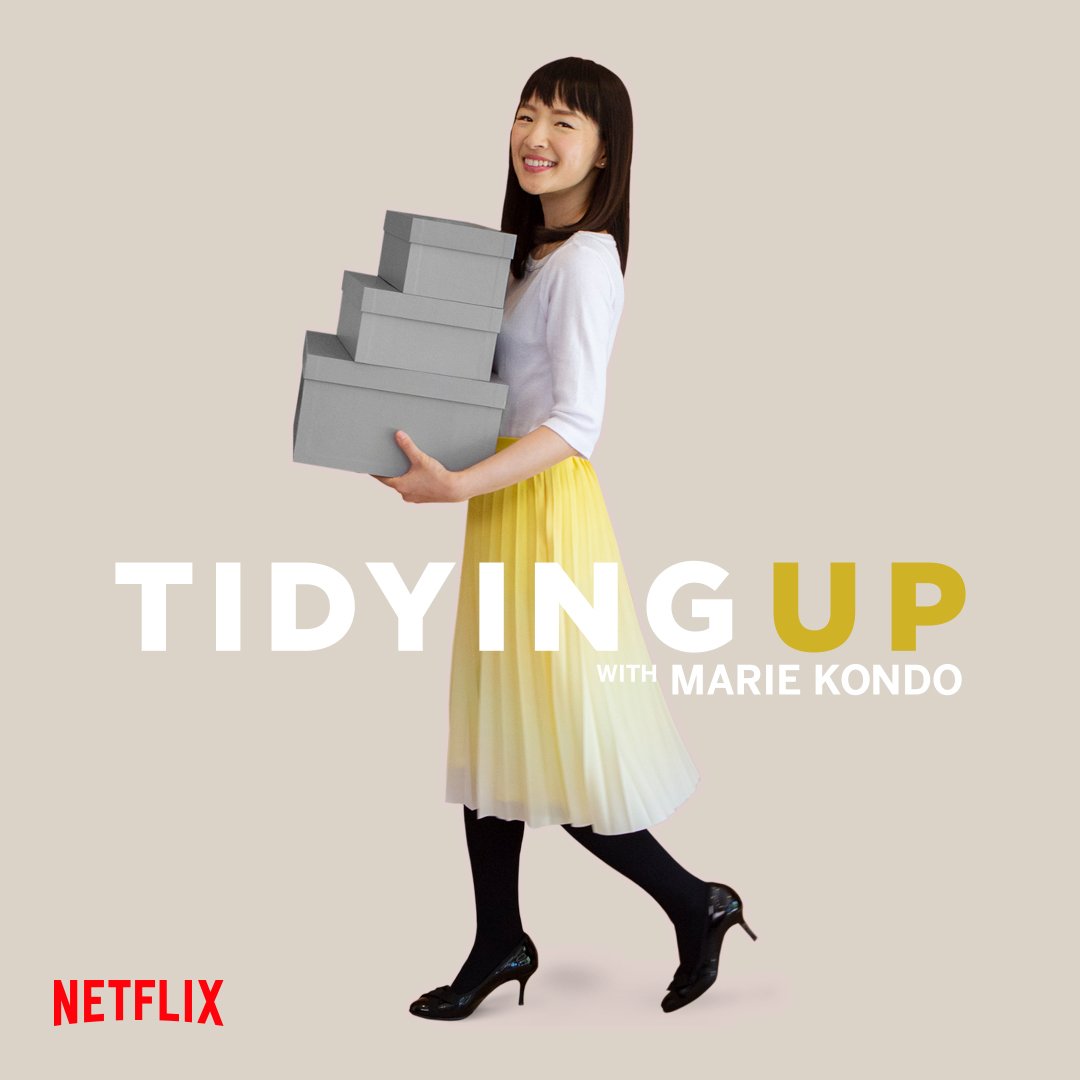 Marie Kondo is something of a Martha Stewart for the internet age, simultaneously fastidious and caring, spiritual and practical. Her book, “The Life-Changing Magic of Tidying Up: The Japanese Art of Decluttering and Organizing” has sold over 5 million copies worldwide.

The tidying technique that made Kondo a celebrity is known as the KonMari method. At its heart is the premise that whether or not you keep an item should be determined by holding it and determining whether or not it “sparks joy” for you. Another way in which the KonMari method is radical is that it focuses on different categories of items rather than on organizing room by room.

Kondo’s Netflix show, with the same title as her revolutionary book, was released this January to further acclaim as well as some mockery. One of the things that the show does so well is to demonstrate that as meme-inspiring as Kondo’s methodology may be, it is actually very carefully thought through and realistic, even for the most chaotic of families.

Although many have hailed Kondo’s methods as life-changing, others have ridiculed the KonMari method as being sentimental or unrealistic. Much of the reactions to her on both ends of this spectrum were undoubtedly influenced by her Japanese heritage. Just as white American women have managed to distort the idea of Feng Shui into a punch line, many Kondo fans who adopted her methods, which are influenced by Shinto ideas, wrung out the spirituality of her practice and turned it into a joke, while benefiting from her approach. Although Americans have never taken domestic crafts or pursuits as seriously as traditionally male disciplines, Kondo has clearly been much more subject to condescension than any of her white American counterparts, such as Martha Stewart.

Yining Wang ’20 has been a fan of Kondo for years, and was excited to see her methodology in action in the Netflix show. “What I like about the show,” she told The Argus, “is that Marie is being taken so seriously. After the release of her book she appeared on talk shows like Ellen and YouTube channels like Vogue. But what was disheartening was that people just laughed at her cute and funny gestures as opposed to learning from her. So from the show I was really happy to see that the people she helped were really appreciative and grateful for what she taught them.”

Like “Queer Eye,” the straight men featured on “Tidying Up” often need the most help and seem truly shocked to discover the amount of work that is required in making and keeping a home “tidy.” In this aspect of the show, Marie, that patient, glowing angel, is actually a quietly strident feminist. Although she never directly rebukes the straight men in the show for not taking responsibility for their fair share of the household burden, by virtue of assigning responsibility for organization to the entire family, she often reveals the difficulty of the invisible labor of household tasks that so often falls to women within nuclear families.

Furthermore, instead of taking a more glamorous approaches to organization, Kondo seems to approach her task in a way that could actually be maintained by families in the long term. After demonstrating how to approach each category, she leaves each family with “homework” to complete on their own, thus hopefully ensuring off the bat that they find a system that works for them, not just one that makes the house look perfect for the episode’s conclusion.

For those of us whose organizational issues are less about keeping our children in check and more about counteracting our own bad habits, there are a few episodes that really strike home. The most relatable person on the show for me is Frank, one half of the adorable Frank-Matt couple who utter some of the best lines on the show, including “I think your closet has a melted cough drop on the bottom,” a line that may have been slung at me a few more times than I am willing to admit.

Frank and Matt also do a really good job of unpacking the way in which the KonMari method can be vital in revealing what objects each of us endow with emotional value. For Frank it is paper, for Matt it is books. In this way there is an element to the show that is surprisingly spiritual. Marie starts her process in each home by kneeling and thanking the home. She also insists that each time someone discards an item, they first thank it for doing such a good job performing its function. This, she explains, alleviates the guilt that we naturally feel when discarding items.

Participants also sometimes realize that the emotional value that they are placing on material items is misplaced. In the poignant episode “Making Room for Baby,” Mario admits that his obsession with buying shoes, which got him into $10,000 of debt, is a result of his attempt to escape the tenuous financial situation he grew up in as the son of immigrants. As he donates a large portion of his collection that no longer “spark joy” for him, he reflects that he hope that his son sees him as an example of someone who does not place too much joy in material objects.

Shana Laski ’19 reflected that although she likes the show, it was perhaps less accessible than similar shows such as “Queer Eye.”

“I still enjoy the show because it is helpful tip-wise for my own life,” she said, “but I wonder how easy it is to apply these tactics if you don’t have floor to ceiling cabinetry and/or the space to store all of that stuff in these massive homes.”

Zoë Kaplan ’20, however, has had success using the KonMari method.

“I used to go through my things by how much I used the item, often keeping things ‘in case’ I needed it in the future and always running out of room. Now, I actually appreciate what I’ve kept because I know it sparks ‘joy’ on some level,” she said.

Dalia Auerbach ’20, who has also read Kondo’s books, uses the KonMari method in her own life and has one of the most poetic takes on “Tidying Up” that I have encountered.

“Every client goes through something emotional as they re-signify their relationship to their belongings and they’re all super sweet and wholesome,” she said. “People are processing their past and future and each of them really need the opportunity and guidance to remember what’s important to them so they can move on with their lives and be happier.”

Yes, at times “Tidying Up” might be overly campy. And at times you might wonder whether the show’s participants might be better off investing in marriage therapy than in Marie. But as easy as the KonMari method is to lampoon, Marie Kondo is without a doubt one of the most wholesome things to happen on television in a long time, and if 2019 proves to be as much of a shit-show as 2018, she and her glowing smile should be protected at all costs.