Lentil Adventures: How to Cook a Make-Do Stew 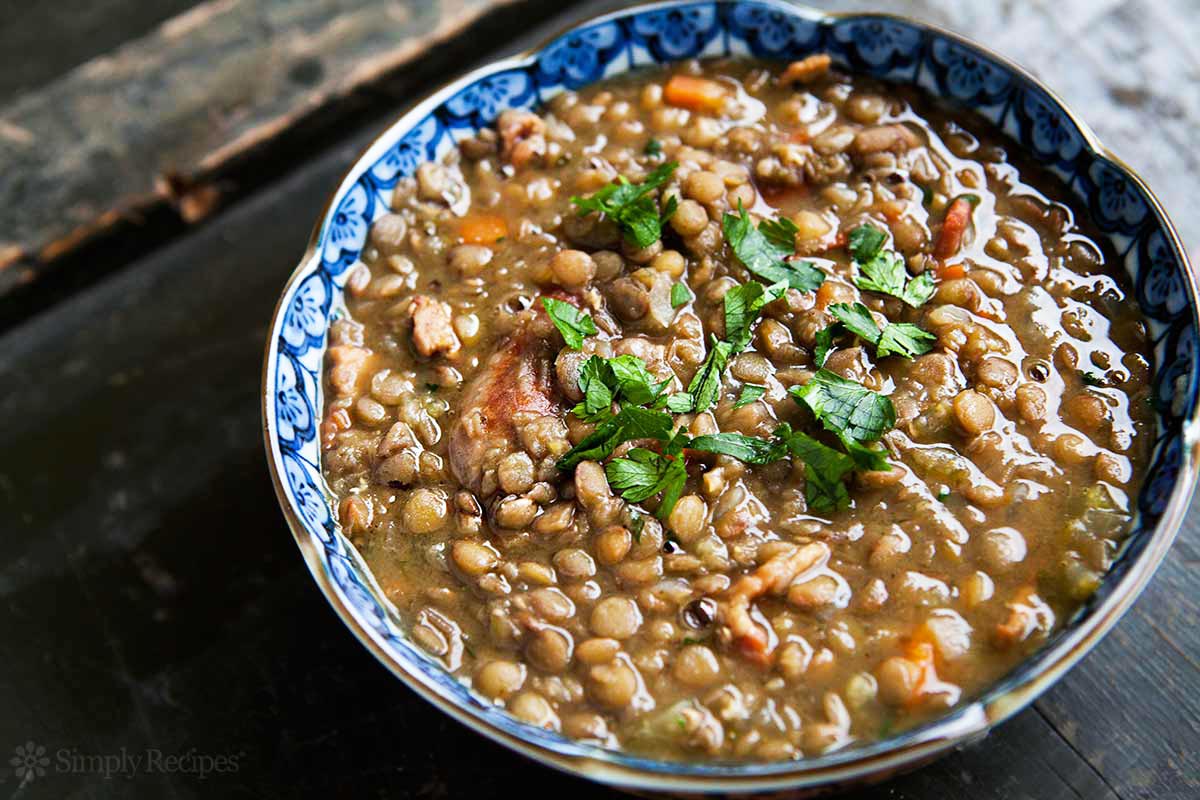 Despite my tight Sunday schedule, I decided yesterday to cook dinner for my housemates. It would likely be the last Earth House dinner of the semester, and although no one had responded to my numerous GroupMe pleas asking if anyone in the house could spare some time to throw together a quick meal, I knew my housemates would be sad if we ended the semester without convening one last time. We had, after all, managed to have house dinner every week until this point. The ritual itself is grounding, but the energy that cooking a meal for 11 people demands is far from it.

So I decided to make something simple, something easy, something that countered the mood of the dreary weather and provided my residents with warmth and nourishment that would make each of our looming workloads seem a little less daunting. I called my mom to get the recipe for her lentil stew, a staple throughout my childhood.

“Use a big pot to sauté a couple of onions and a few cloves of garlic in olive oil,” she told me. “Add whatever spices you have that look good. Chili powder, curry powder, some oregano. The works.”

I looked through the spice cabinet, but discovered that chili powder was the only seasoning on her list that we had. So I added some garlic salt, turmeric, herbs de Provence (whatever that is), thyme, and some other shit. Whatever. It’ll probably be fine, I thought to myself.

“Once the onions are nice and browned, you’re going to add the veggies, the lentils, and the liquid,” my mom instructed me.

“Yeah, the liquid,” she told me. “It can be water, vegetable broth, canned tomatoes, whatever. Just add the lentils and then pour your liquid to about an inch or two above them.”

“An inch?” I repeated. “Maybe two? These are not instructions, this is chaos! Do I look like Remy the Rat to you? No! I need order!”

After cubing one sweet potato and two regular potatoes (the remnants of co-op), I poured them into the pot where the onions were busy browning, along with two cups of red lentils. I had to look at the instructions on the back of the lentils to determine how much liquid I needed, because I (rightfully) did not trust my eye. I read that the lentil-to-liquid ratio is three to one, and guesstimated that the liquid in my large can of whole tomatoes would come to about two cups. Four cups of vegetable broth, along with the whole can of tomatoes, went in next.

“Then you’re just going to want to let it cook,” my mom said. “Put the lid on, and just wait. Keep checking on it, but it should be done in 25-30 minutes. And don’t forget to add salt!”

She assured me that it would be just like hers, but I was nervous. I stared into the pot, watching the dry, light pink lentils float around the potatoes in the red-ish broth. It looked like fish food floating in a clogged sink. I wondered if it might be wise run to Weshop to pick up some pasta and sauce. Instead, I just turned the temperature to high, and tried to do my work at the kitchen table.

Heat is definitely the answer, I thought to myself as I tried to skim my book. The heat will make it congeal. It will cook the potatoes, and make the lentils absorb the flavor, and everything will be fine. Okay? Okay. I walked to the stove and turned the heat all the way up. Yes, indeed, this is necessary.

“Mmm, it smells good!” one of my housemates said.

It had been boiling for about 15 minutes, but the consistency wasn’t changing. Jesus. What was I going to do? I put my faith in time and heat, and started reading again. After 10 minutes, I ran upstairs to grab my computer charger. When I came back down, one of my housemates was standing over the pot. She looked at me nervously and sniffed.

I bolted into action, immediately turning off the stove, relocating the pot, and removing its lid. Once the steam cleared, I timidly peaked into the pot, expecting to see a lump of char. Instead, I saw a beautiful lentil stew, cooked and congealed to perfection. Granted, some of the stew had suffered a nasty burn, and was stuck to the bottom of the pot. But as long as no one tried scraping out the char, it seemed we would be enjoying a warm (and tasty) meal that Sunday.

If you need to throw together a last minute meal for more than 10 people, I highly recommend taking a stab at this make-do stew. But I would also crucially recommend cooking it on a steady medium. Eagerness, I learned, is the enemy of efficiency. Trust the process, and let the damn thing simmer.