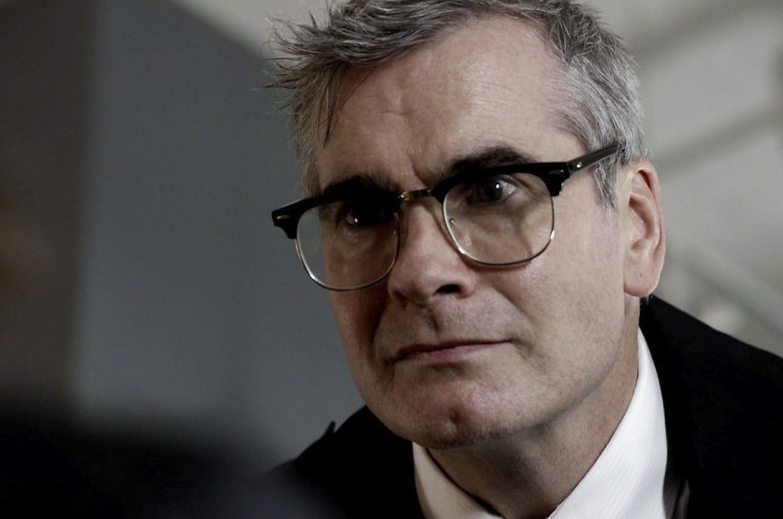 “Widows” does not begin as we might expect a heist movie to. It does not begin with our protagonists planning their robbery, but instead, an uncomfortably intimate, close-up shot of Veronica and Harry Rawlings (Viola Davis and Liam Neeson, respectively) passionately, aggressively kissing. It’s a disconcerting scene in its own right, but however unsettling the sight of two legendary actors in bed is, it’s nothing compared to what comes next. The next few minutes of the film cut between a robbery going horrifically wrong, and intimate scenes of the domestic lives of our protagonists. It’s an absolutely gripping opening, jolting from the sight of a getaway vehicle falling apart while police cars are on its tail, to the sight of a husband and wife arguing over money issues. Eventually, Rawlings and his crew switch vehicles, only to be caught in an ambush by the authorities, riddled with bullets, and burned to a crisp when their car explodes.

The opening is great storytelling for a number of reasons. It quickly and seamlessly introduces the principle cast; gets to the inciting incident; and offers a tense, brilliantly shot car chase. But director Steve McQueen (of “12 Years a Slave” fame) and his co-screenwriter Gillian Flynn (author of “Gone Girl,”) have more than a few tricks up their sleeves. Their introduction perfectly establishes the film’s identity as a tightly plotted, tense thriller, which includes familiar elements such as domestic drama and car chases, but combines and manipulates them to create something entirely new.

After its brisk opening, the film wastes no time delving into its elaborate, multi-faceted narrative. Veronica is threatened by a crime boss running for a government position in Chicago’s south side, Jamal Manning (Brian Tyree Henry), who has lost two million dollars, stolen by her late husband and destroyed when his car exploded. At a loss for options, she decides to contact the widows of the rest of her late husband’s crew and pull off the next heist Harry had planned. Veronica is joined by Alice (Elizabeth Debicki), a survivor of domestic abuse at the hands of her late husband who turns to prostitution to make money, and Linda (Michelle Rodriguez), whose late husband failed to pay off debts keeping her small business alive and allowing her to take care of her two children. The trio hesitantly agree to pull off the heist, despite their lack of experience and the immense risks they’d be taking.

But that’s not all. Manning has sent his violent, psychopathic brother Jatemme (Daniel Kaluuya) to find out Veronica’s plans and violently hunt down anyone in his way. There’s also the story of Jack Mulligan (Colin Farrell), Manning’s political opponent and the next in line in a lengthy political dynasty. His father, Tom (the legendary Robert Duvall) is manipulating his campaign and forcing him to continue to promote the same policies and corrupt business dealings their family has had for years.

To be clear, this is established within the first 30-odd minutes of the film.  It’s a lot of territory to cover for any movie, let alone a two-hour popcorn flick. But McQueen and Flynn expertly balance the varying, interconnected narratives. Nearly every scene mimics the first in being as intense and succinct as possible, while loaded to the brim with plot twists. The level of storytelling skill on display here is simply remarkable.

It helps, too, that the elaborate story is brought to life by such a remarkable cast. Davis is in top form here, selling her character’s complex grief, anger, and immense fear. Debicki is terrific, displaying both her character’s fragility (from years of physical abuse at the hands of her late husband as well as the implied emotional abuse she suffered from her mother), and eventual growing toughness. Farrell and Duvall make an outstanding pair; the former oozes insecurity and uncertainty (his character is deeply unsure if he even wants to be a politician), and the latter portrays a formidable figure whose power and influence are slipping through his fingers. But perhaps the most memorable performance comes from Kaluuya; the calm demeanor that made him a likable protagonist and audience stand-in in “Get Out” is used for entirely different ends in “Widows.” His tranquil appearance heightens the horror of his violent actions, making him one of the more memorable cinematic antagonists of the past year.

Perhaps more memorable than Kaluuya’s acting, however, is McQueen’s direction, who brings his art-house sensibilities to the crowd-pleasing heist genre with fantastic results. He presents the heist itself, and all the other moments of violence, with a restrained realism, allowing the actions to speak for themselves. It’s the opposite of the stylistic choices Steven Soderbergh deployed well over a decade ago in “Ocean’s Eleven,” but it works wonders. When the climactic robbery actually occurs, it is taut but brief, seemingly playing out in real time.

There are plenty of other noteworthy directorial choices, too. In one of the film’s best scenes, Jack leaves a rally and enters his limousine to drive home, anxiously conversing with his campaign assistant about how to beat his political competitor. Rather than film the interior of the limo, McQueen places the camera on the front of the car viewing the exterior. As the scene progresses, we watch as the vehicle moves from an impoverished neighborhood in the South Side of Chicago to an enormous, decadent mansion. It’s a powerful moment of social commentary about wealth and poverty in America, all demonstrated by the placement of a single camera.

For all the narrative and stylistic heft of “Widows,” the film succeeds most in delivering a scathing, powerful critique of modern America. The two politicians running for office are both corrupt, either in the pockets of violent criminals, or criminals themselves. The titular widows acquire guns for their heist easily, in a scene that played for some dark laughs. At one point in the film, a young black man is shot and killed by police officers in his own car, as he chose to put something away in his glove box which the cops misconstrued as a possible weapon.

More broadly, this is a film in which everyone has a gun to their head, sometimes metaphorically but often literally. The widows are forced to pull off a heist or face the violent wrath of the Manning brothers and their goons, as well as the looming threat of poverty. Jamal Manning is running for office to avoid attacks from the authorities or other crime bosses. Jack Mulligan is campaigning not because he necessarily wants to, but because his father is practically forcing him to.

It’s no coincidence that the character with the smallest burden to carry is the wealthy white male, but that’s part of the point. It would have been impressive if McQueen and Flynn had crafted an excellent thriller, or a great polemic. But the pair have managed to achieve something even more remarkable; they have created a taught, thrilling heist flick that doubles as one of the most incisive and scathing critiques of American politics and culture in recent memory. “Widows” isn’t just a great piece of popcorn entertainment, it’s an amazing movie, period.