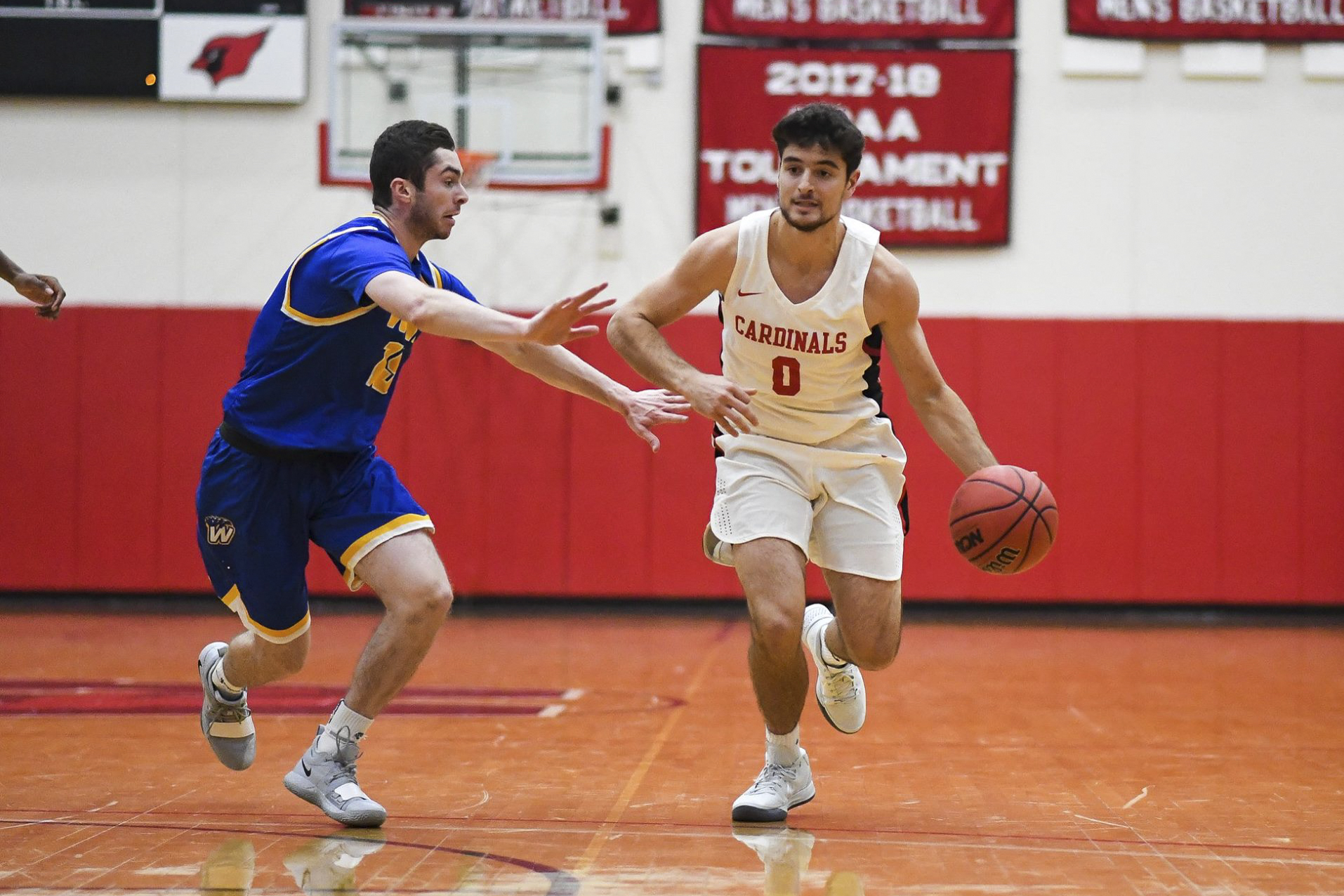 The men’s basketball team has had a mixed start to the season, defeating Becker College and Western New England University to win the Herb Kenny Tip-Off Tournament, before dropping two difficult non-conference games to Nichols College and Eastern Connecticut State University. Although the team stands at 2-2, the opening two weeks have been full of both positive steps that the team should be proud of as well as lessons for the team to learn from as it gets into the swing of the season.

The Cardinals began the season with a dominant performance against Becker on Nov. 16. The Red Birds leapt out to a 13-0 lead and never took their foot off the gas, finishing the half shooting 52 percent from the field and 46 percent from three. Wes took a 31-point lead with 14 minutes remaining and outscored the Hawks 39-28 in the second half as a whole.

Guard Antone Walker ’21 scored 16 of his team-high 21 points in the first half as the Cards would go on to win 91-51. Five players scored in double figures for the Cardinals, including guard Sam Peek ’22, who netted 10 points on 4-6 shooting in his collegiate debut. Captain Jordan Bonner ’19 also had a strong game, finishing with a 12 point, 10 rebound, double-double. Forward Joe DeLollo ’22 also had an effective game on the glass, nabbing nine boards and four points. 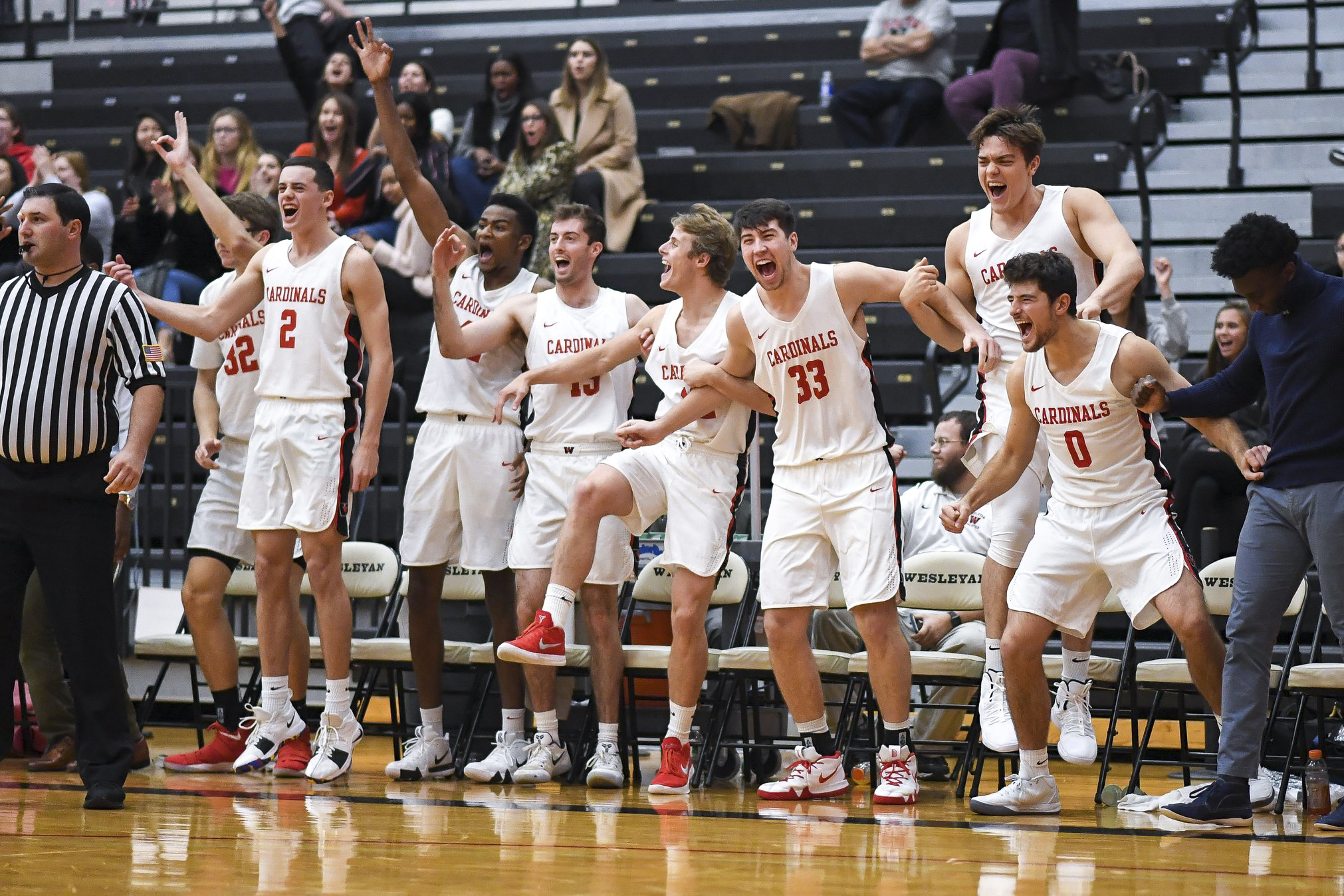 The game went back and forth in the first half, with the Cardinals’ 23-16 lead being erased by a 12-0 run by Western New England University with a little less than five minutes remaining in the half.  Fortunately, the Cardinals would end the half by scoring six unanswered to retake the lead, 34-31. The second half saw the Golden Bears take a seven point lead that Wesleyan gradually chipped away at, eventually knotting the game at 57 apiece with around seven and a half minutes remaining. Leading 67-65 in the late stages of the game, guard Gabe Ravetz ’22 hit back-to-back threes in just 38 seconds to secure the championship for the Red Birds.

Ravetz finished with 17 points in total and, alongside Hutcherson, was named to the All-Tournament Team. Bonner and Walker joined Hutcherson and Ravetz in double figures.

Wesleyan’s third game served as a wake-up call as the team dropped a difficult out-of-conference game to Nichols College on Nov. 20, falling 85-66 for the Cardinal’s first loss of the year. Nichols came out of the gates quickly with a 6-0 run and would lead 39-26 at the half. Wesleyan responded to an 8-1 run by Nichols to begin the second half with an 8-0 run of their own, cutting the lead to 12. Unfortunately, this would be the closest the Cardinals would come for the rest of the game. 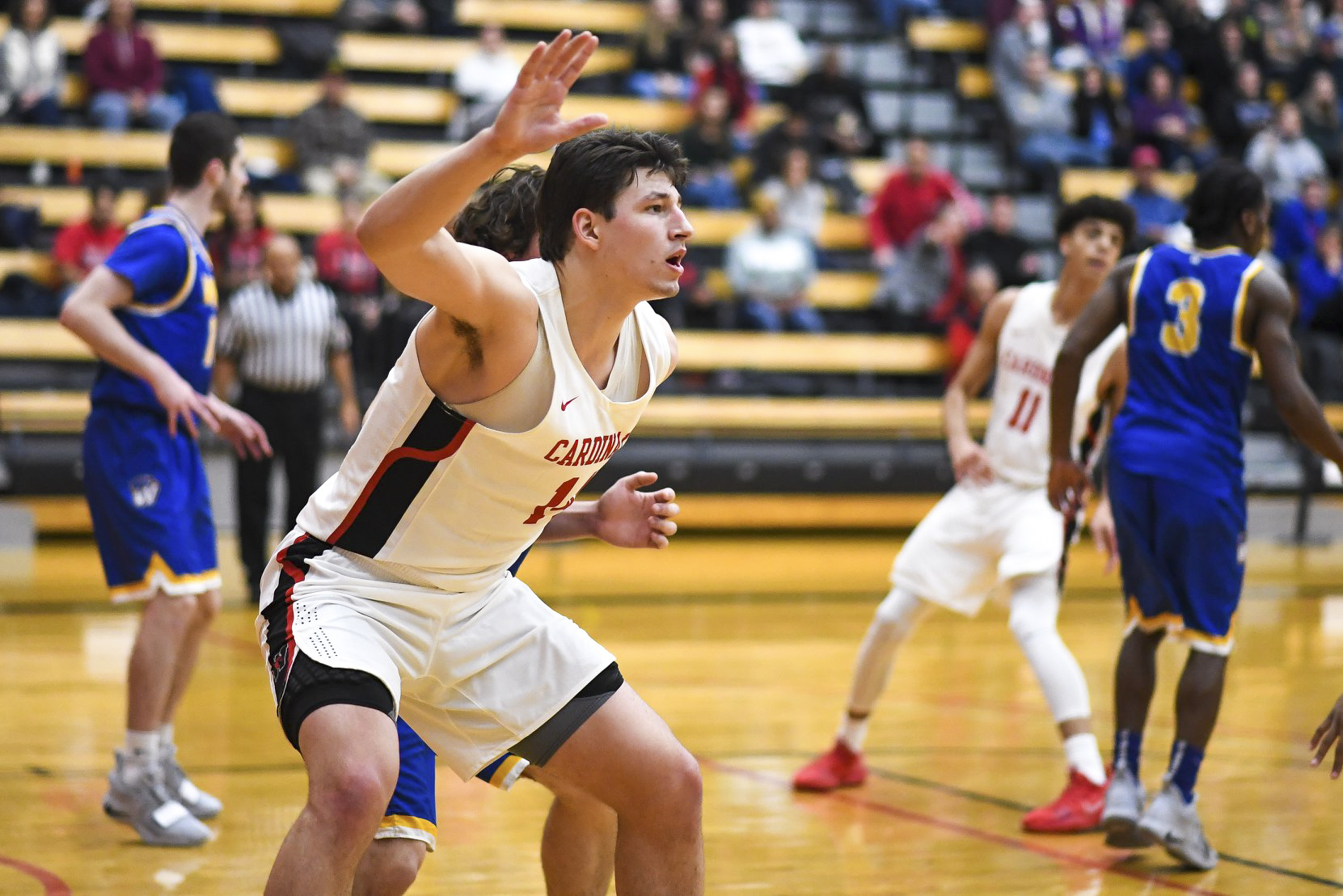 Most recently, the Cardinals fell to Eastern Connecticut State University (ECSU) on Sunday, losing 70-50. The game was competitive in the first half; the Red and Black lead 25-24 with six minutes to play before ESCU closed out the half on a 6-0 run. Up three in the second half, ESCU scored eight unanswered, gradually extending their lead throughout the end of the half until an ESCU three pointer with seven minutes remaining left the score at 58-40, effectively killing any chance of a Wesleyan comeback.

Despite out-rebounding the Warriors 43-35, the Cardinals committed 20 turnovers to ESCU’s 11 and only shot 35 percent from the field. Bonner recorded his second double-double of the year with 15 points and 14 rebounds, while forward Jordan James ’21 scored 12 points on 6-9 shooting.