Volleyball Upsets No. 2 Johnson and Wales, Cruises to First Ever Elite Eight 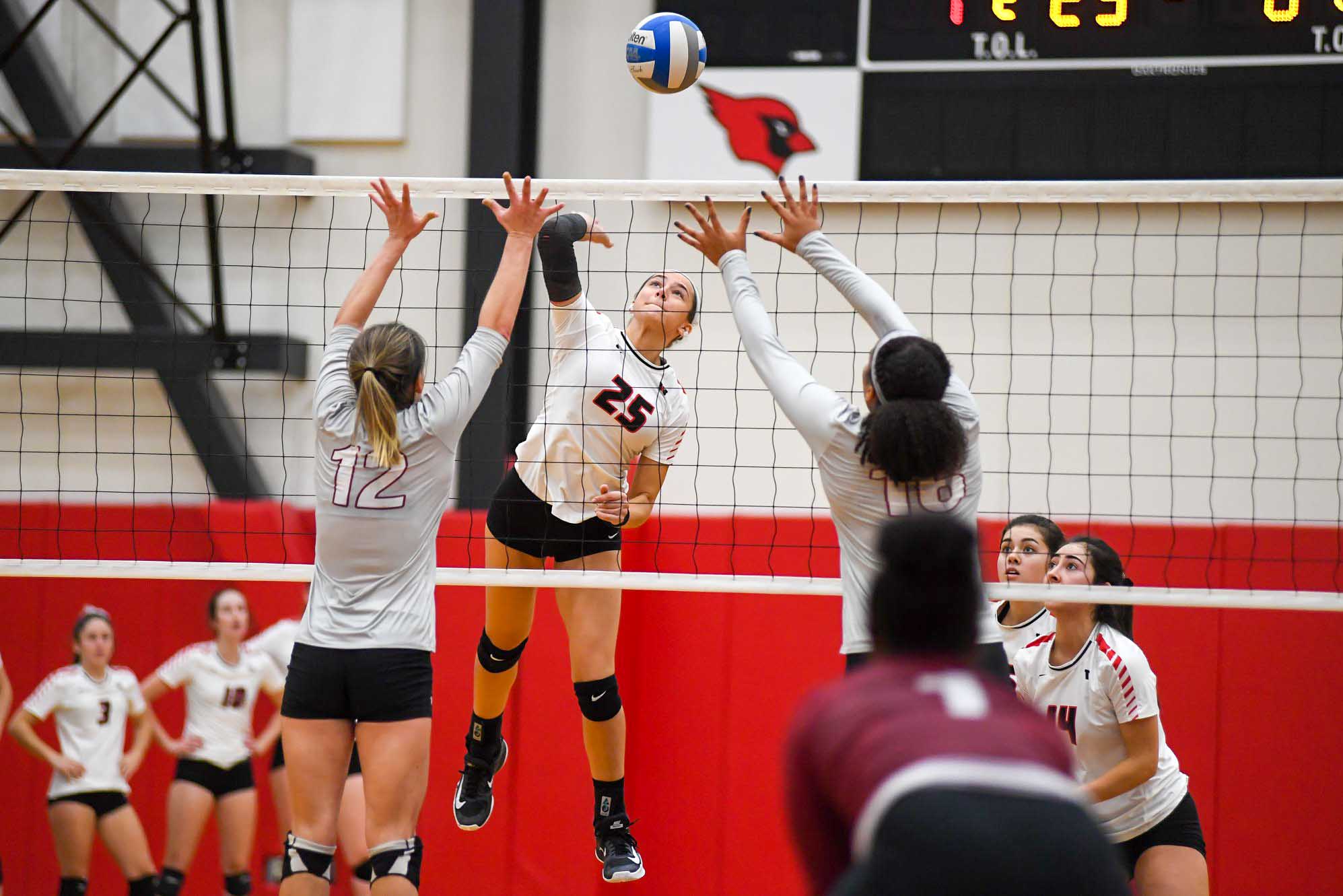 For the first time in school history, the volleyball team is headed to the Elite Eight of the NCAA Division III Tournament after winning an NCAA Regional Championship. Following a disappointing loss in the NESCAC Tournament, the Cardinals took advantage of their at-large bid. The squad rallied off three straight wins tournament wins, peaking with an upset over No. 2 Johnson and Wales University.

The Red and Black then went on to defeat Springfield College in three straight sets 25-18, 25-17, 25-25. In the win over Springfield, the Cards totaled 36 kills and 54 digs. Nicole Hilton ’20 led the way with 10 kills and Bellizzi, who recently named to the All-NESCAC First Team for her stellar regular season, led the team with 15 digs.

Lastly, the Cards avenged last year’s NCAA Tournament loss to No. 2 Johnson and Wales by upsetting them in four sets, 25-23, 25-14, 22-25, and 25-12. Against Johnson and Wales, the Red and Black totaled 63 kills and 78 digs. This effort was led once again by Hilton and Bellizzi, who totaled 20 kills and 26 digs, respectively. After winning the Regional Tournament, Hilton was named MVP of the region and was joined by Stasie Litinsky ’20 and Kaira Muraoka-Robertson ’20 on the All-Tournament team. Johnson and Wales was nearly untouchable during the regular season, rattling off 33 straight wins until going head-to-head with the Cardinals.

“Our team played great this weekend and were very focused,” head coach Ben Somera said. “We served and passed at a very high level, our offense was efficient, and our defense and coverage was opportunistic.”

“The team looked really sharp this weekend,” captain Madeleine Lundberg ’19 said. “We were definitely really pumped for each game, but we didn’t let our excitement interfere with our mental game and staying really mentally sharp throughout the entirety of each game.”

Lundberg added that the team was able to learn a lot from the disappointing NESCAC Tournament loss to Amherst and use it to improve before the NCAA Tournament. 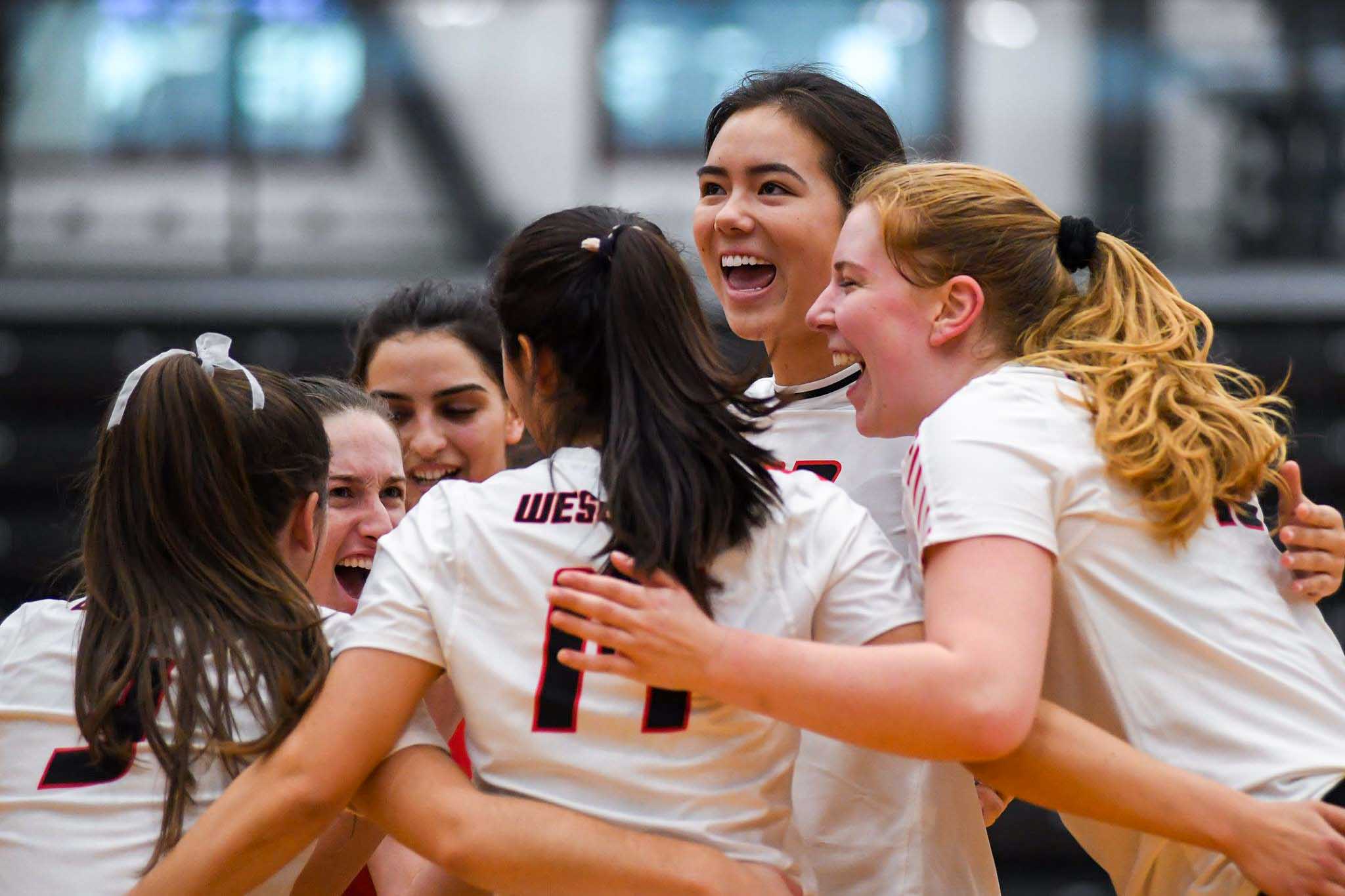 “I think we did a really good job of looking forward to the opportunity in front of us rather than dwelling on the result that had passed,” Somera said. “Once a match is over there isn’t anything you can do about it so what is the point in worry about it.  The team did a great job of focusing on the things we actually had control over in the week leading up to the NCAA Regional Championship and made sure we were ready to maximize the opportunities that were in front of us.”

Next up, the Cardinals head to take on No. 6 Juniata in the NCAA Quarterfinals. Somera says the key for that game is to continue to have the same mentality as they did going into this weekend.

“I think whether you win or lose the weekend before the challenge is the same,” Somera said. “Accept the result and move on to the things you have control over this week and in each moment. We have a few more opportunities to practice and build trust before we play in the Elite Eight, and I am confident the team will do everything in our power to make the most of those moments.”

Lundberg agreed with him saying that she thinks the team needs to keep riding their momentum.

“I think we need to continue to be confident in ourselves,” Lundberg said. “This is the furthest we’ve ever made it in the tournament, and some would consider us underdogs going into the Elite Eight, but we just knocked off the number two team in the country—I think honoring that and honoring how our hard work has put us in this position to be successful will be really key in mentally getting us ready for the tough games ahead.”

Hopefully, the Cards can keep rolling and capture their first ever DIII National Championship.