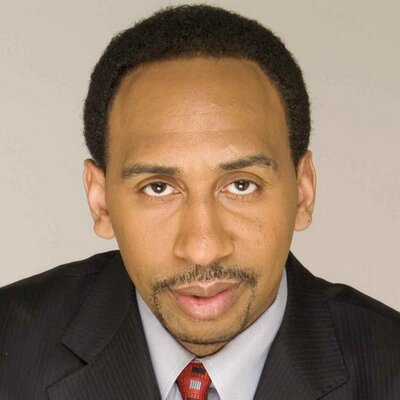 Ben: Classic Stephen A. phrases like “blasphemous” and “stay off the weed” make him a staple of sports journalism. Is that a good thing? Eh. I’m kind of indifferent to Stephen A. Smith. I think the balance of ESPN’s “First Take” was much better with Skip Bayless filling the role of deranged sports commentator. Since then, Stephen A. has had to carry “First Take”, and I actually give him props. When they bring former NFL star Ryan Clark on the show, I enjoy the discussions. And Stephen A. has some good, insightful takes. His biggest shortcoming is that he’s trying to be Skip Bayless: he doesn’t shut up about the Dallas Cowboys. But I’ll talk more about that with Skip. “First Take” is a consistent, entertaining morning sports show, but Stephen A. is not limited to television. His radio show, “The Stephen A. Smith Show,” is two hours long and full of unique perspectives and frequent yelling. Radio personalities that raise their voice all the time are not particularly appealing to me. I like it when someone can get their point across with articulation and synthesis.

Toby: Asinine. Asi-ten. Asi-eleven. I mean, it’s hard to not have the voice of Stephen A. Smith in the back of your head hours after actually hearing his voice. Jokes aside, I have to compliment him. The guy travels all over the country, stars on “First Take,” AND has a radio show. He’s ostensibly the most connected as well, and generally, his sports opinions reflect that. However, that can be a blessing and a curse. His relationships with some of the biggest names in sports have at times inhibited his ability to criticize them and view their achievements fairly (looking especially at Kobe and Mayweather). But all in all, he is easily the most entertaining guy in the sports world with enough catchphrases to last a lifetime. And while I loved the first incarnation of “First Take,” the popularity of “First Take 2.0” with Max Kellerman demonstrates Stephen A’s individual talents. You also have to give credit to a guy who’s willing to give a sports opinion at any time, and at any place. Sorry Kwame Brown, Stephen A. gets a big thumbs up in my book.

Connor: While Stephen A. Smith is incredibly entertaining, his ethos is constantly damaged by his poor analysis. He makes wildly over-the-top predictions (the Lakers in the Western Conference finals? Really?) and when they obviously don’t pan out, his integrity is damaged in the process. And it’s exceedingly difficult to tell what is really Smith and what is the image Smith is cultivating. He will boast his inside connections on air quite frequently, but it never seems to benefit his sports analysis. His relationship with Max Kellerman is highly entertaining and deserves praise. Smith, however, can sometimes come off as histrionic next to Kellerman’s cool demeanor. Credit is owed to Smith though; he can turn a completely uninteresting segment into entertainment. I would rather listen to him talk about what Lebron James ate for breakfast than do my homework. 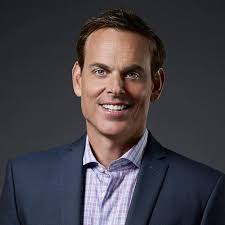 Ben: Before any critiques, I want to point out how difficult Colin Cowherd’s job is compared to popular opinion. Talking into a mic by yourself for three straight hours, five times a week would drive me nuts. Colin’s ability to command the microphone and his studio leaves an immediate impression on the viewer/listener. I mean, his show is literally talk radio but with a video camera on him. It’s crazy how that format is actually successful. A big factor of the success of his program is his intelligence and synthesis. Like any popular wing of entertainment, Colin sometimes sensationalizes events, but in today’s media, Colin is the standard for sports talk radio. He doesn’t scream and whine; he synthesizes events in a relatable, appealing fashion. However, I do have some grievances. Colin Cowherd did a series of mock NFL drafts on his show earlier this year. Some being seven. Over the course of a few weeks, he comprised a ridiculous seven mock drafts on his show after stating that he isn’t really a fan of mock drafts. AND throughout all of these, he praised then prospect Sam Darnold as a fantastic, NFL-ready QB. Sam Darnold has led the New York Jets to a 3-6 record and has already thrown 14 interceptions.

Connor: No doubt Colin Cowherd has a difficult job. His analysis is sometimes incredibly insightful, sometimes laughably wrong. This was a man who claimed Ben Simmons was a top-10 NBA player as a rookie. I do think the monotony of his broadcast schedule has gotten to his head. Cowherd once did a segment about LeBron James, Dwyane Wade, and Chris Paul riding a jet ski together and he prefaced the story with an anecdote about seeing his friend in the grocery store. Along those lines, Cowherd’s reliance on personal anecdotes sometimes reveals his age. Sometimes his analysis based on his personal life can be summarized in the phrase “kids these days…” His show is sometimes a stream of consciousness, and while that means he sometimes contradicts himself, I feel that he believes what he’s saying. That’s something I cannot say for a lot of analysts, who make headline-grabbing statements for the sake of attention.

Toby: I love watching Colin Cowherd. And the weird thing is, I’m not 100 percent sure why. For one, he’s not nearly as entertaining to watch or listen to as some of the two-person talk shows like “First Talk,” “Undisputed,” and “First Things First”. And continuing what Connor said, he’s had a number of historically bad takes. Have a look at his take on Kevin Durant and Greg Oden before the 2007 NBA Draft if you don’t believe me. But there’s a quality about Colin Cowherd that always draws me to his show at weird hours late at night when I’m procrastinating. For one, I like a guy who’s willing to admit when he is wrong. Sure, sometimes he will take wrong takes a bit too far, especially this season with his seemingly never-ending praise for Josh Rosen, and his palpable dislike for Baker Mayfield. But when he’s flagrantly wrong, like he was about the Giants this year, he’s willing to admit it. And while he may not be the most entertaining, he may be the most engaging, as shown through the variety of topics that he talks about. Some shows will talk about subjects (I cannot stand another MJ vs. Lebron debate) into oblivion, but Colin seems to have a good grip of what’s relevant and interesting. All in all, Colin may be the hardest working person in his field, and it really does show. 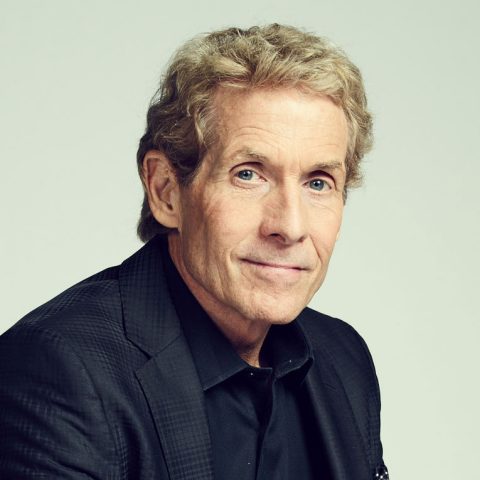 Ben: Skip Bayless is what is wrong with sports media. His forte is sensationalizing every major sports event, relating most arguments to Michael Jordan or Tom Brady. He has a rich history in sports journalism, but I don’t care. His love of the Dallas Cowboys is obviously annoying, but the worst part is that the Cowboys aren’t even good. They’re irrelevant, but the media (Stephen A. and Skip) continues to talk about them. Why?! Talk about teams that matter to the league not in terms of fan bases but in terms of performance. Skip Bayless does the exact opposite. Oh, LeBron missed a layup with .05 seconds in a blowout win? Michael Jordan would have finished it. He’s a finisher, and that’s why Jordan will always be better. Skip says dumb things like this, but the absolute worst is when he falsely predicts things he knows can’t happen. Before the Packers/Patriots game last weekend, Skip Bayless tweeted that Aaron Rodgers should win in Foxborough because the Packers have “better receivers, better run game, better defense.” Absolutely none of that is true, so when the Patriots won, Skip went off about how amazing Tom Brady is. Like always.

Connor: If I have to hear “Ray Allen saved LeBron’s legacy” one more time, I may block Fox Sports altogether so I don’t have to suffer through Skip Bayless’ stale talking points. There’s a million more things about Bayless that drive me up a wall. He refers to the Dallas Cowboys as “my Cowboys” as though he’s at all related to them (in fairness, his co-host Shannon Sharpe does the same thing with basketball). The complaints that Ben and Toby bring up are legitimate and I clearly share their frustration, but I’ve noticed that something has changed on his show. He’s suddenly become more level-headed and reasonable in his predictions. I believe that the showrunners at “Undisputed” have realized that many people share frustration over Skip Bayless and they’ve adjusted accordingly. As he’s moved away from outlandish comments on air (Twitter notwithstanding), it’s easier to see how he made it to national news in the first place. Bayless isn’t totally clueless, but he grabs attention for the sake of attention. Plus I have a soft spot for him ever since Jalen Rose eviscerated him on national television.

Toby: I’m not sure where to begin on this one. How about this. His laundry list of terrible sports takes is by all means epic. While the rest of America was ready to move on and forget about Tebow-Mania, Skip was pounding on the table insisting that NFL teams pick him up and make him a starting quarterback. Strike one. As the rest of the league felt lukewarm on Johnny Manziel, Skip insisted that the Texans take him with the first overall pick. Strike two. Oh, and all the over-the-top LeBron hate. Strike three. I am barely scraping the surface here. We get it Skip, you like the Cowboys and Spurs; it does not mean you have to over-predict them year after year. You know what, it would be tedious and exhausting to go through the highlights of Skip Bayless’ worst takes. Just look up compilation videos on YouTube if you don’t believe me. Needless to say, he has had enough takes to sink virtually any other sports analyst. But as I chastise Skip for having the worst takes in sports, I do have to point out that a lot of other sports fans and I watch and actively enjoy his shows. For one, he has had the good fortune of working with two wonderful co-hosts in Stephen A. on “First Take”, and currently with Shannon Sharpe on “Undisputed.” But there is also a quality to Skip’s performance week in and week out that’s difficult to turn away from. In an era where these two-person sports debate shows have gained significant popularity, maybe it just works to have a guy as outrageous as Skip to rail against all that is reasonable.