“Daredevil” Can’t Fully Atone for Past Sins, but Season Three Is Still a Vast Improvement 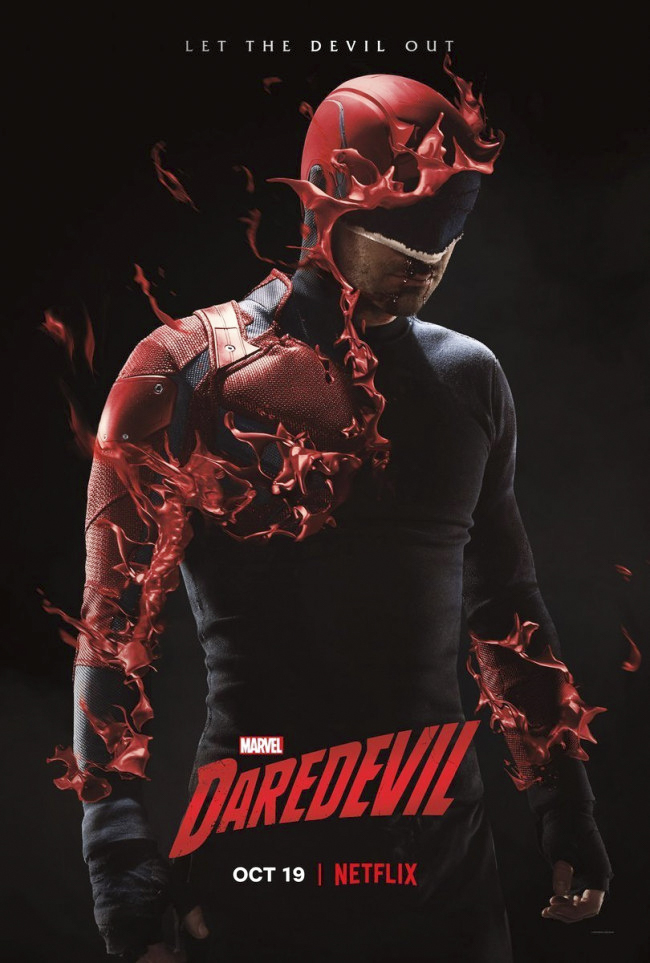 Warning: This review contains some spoilers about “Daredevil” Season 3.

Marvel’s four Netflix shows have all struggled with similar flaws. They’ve been messy and inconsistent in quality, with the occasional brilliant episode followed by one which outright kills the season’s momentum. They’ve confused moodiness for character development, slow pacing for smart storytelling, and philosophical murmuring for deep themes. “Daredevil,” the first of the Marvel shows released on Netflix, began this trend. Occasionally, it was a gritty and intense thriller; other times, it was a chore to sit through, as various characters grumbled about justice and whatnot. Its second season was even worse than the first, establishing great storylines before killing their momentum, or moving on to some other plotline entirely. Its few high points were outweighed by its frequent and tedious lows.

To be clear up front: No, “Daredevil” does not fully overcome these flaws in its third season, but it’s still a huge improvement over its predecessors. Aside from its early slow-going episodes, the season is a tense thriller with plenty of twists and turns to keep you guessing, the best action this series has seen yet, better pacing and character development, and a consistent level of confidence that the show hadn’t previously seen.

Taking place after the events of “The Defenders” (the crossover between the Marvel-Netflix shows, an unfortunate, terrible misfire), Season 3 begins with Matt Murdock’s (Charlie Cox) rehabilitation. Murdock was in a horrible accident as a child, which blinded him but heightened his other senses, allowing him to eventually become the vigilante known as Daredevil. Murdock has decided that he should live out his days solely as his crime-fighting alter ego, and that his days as a lawyer failed to bring criminals to justice. It’s a belief that’s backed up by season one’s big bad, Wilson Fisk (aka Kingpin, played by Vincent D’Onofrio) being released from the high security prison Daredevil had helped put him in. Fisk, it seems, has greater plans than merely escaping prison when he decides to work with FBI agent Ray Nadeem (the sympathetic Jay Ali). It’s also clear that there are plenty of people in high places working to do his bidding. There’s also another big bad this season in the form of FBI agent Benjamin “Dex” Poindexter (aka Bullseye, played by Wilson Bethel), a violent and unstable man with nearly superhuman marksmanship, who Fisk manipulates to achieve his own ends.

Fisk’s manipulative games give “Daredevil” the opportunity to tell a story that doesn’t run out of steam, unlike earlier seasons. It’s never entirely clear what Fisk is doing, nor is it clear if characters are playing into his games or genuinely battling against him. The result is a consistently tense season, which leaves viewers constantly waiting for the other shoe to drop. Moreover, the narrative doesn’t start and stop like last season, which similarly attempted two major villains, but failed by separating them into two differing storylines. This season, the narrative is streamlined into a conflict between Daredevil, Fisk and Bullseye, and an exploration of how the sins of their past weigh on the present (the show finally figures out what to do with its protagonists’ Catholic identity). It also has a more personal touch this time around, as much of the supporting cast step out of Murdock’s shadow, and are depicted as living their own compelling lives (as opposed to delivering exposition to Daredevil, like past seasons).

With such a talented cast, it’s a relief that “Daredevil” doesn’t waste its talents on brooding and empty storylines as it had previously. D’Onofrio is a standout once again, with his terrifying mix of profound insecurity and intense outbursts of anger continue to make him one of the most chilling small screen villains in recent memory. Yet, he’s beat out by newcomer Bethel, whose anger and instability manage to flawlessly walk the fine line between over the top and genuinely intense. Supporting characters, like Karen Page and Foggy Nelson (Deborah Ann Woll and Elden Hanson, respectively), finally get their own personal subplots, instead of existing to feed Murdock exposition. As a result, the talents of Woll and Hanson finally get a chance to shine. Unfortunately, Cox is still given little more to do than brood and languish in angst, but at least he does that with skill and charisma.

But the real appeal of “Daredevil,” is, and will always be, its impeccable action sequences. Elaborately choreographed, brutally fought, and fantastically filmed, the show previously set a high bar for fight scenes on TV shows. Here, it manages to outdo itself, delivering some of the best action scenes ever shown on television. The season is punctuated by unnervingly tense fight scenes between Bullseye and Daredevil, in which the two equally matched fighters duel it out to ruthless effect.

Most impressive of all, however, is an astonishing one-shot take early in the season. “Daredevil” had done similar work before; in its first season, a brutal brawl in a hallway, in which the titular vigilante saves a kidnapped child from a group of criminals, was an impressive, seemingly unstoppable highlight. But this season, “Daredevil” has done something even more impressive. In episode four, Murdock must escape a prison as a riot breaks out. Not only that, but he’s been drugged by one of Fisk’s goons. What follows is a nearly 11-minute scene done in a single shot, as Murdock battles off prisoners bribed by Fisk, interrogates an enemy of Fisk to gain intel, and finally escape the prison as it’s dowsed in gas grenades, and a frenzy of prisoners and guards duking it out. The scene is, simply put, a technical tour de force; from the quality stunt work, brutal fight choreography, and the flawless camera work. It is simply astonishing that the show was not only able to produce such a lengthy and elaborate single shot scene, but that it worked so exceptionally well.

Still, at other times the action is more disturbing than entertaining. In a deliberate but odd choice, some of the action mirrors real life a bit too much. Midway through the season, Bullseye disguises himself in Daredevil’s outfit, and proceeds to kill innocent people in a newsroom, and later a church. The show is smart enough not to have him precisely mirror real-life tragedies; he’ll kill with projectiles he throws with precision and intensity at his intended victims, as opposed to having him directly mirror reality and kill the innocent with machine guns. Still, it’s a bizarre and unsettling choice to depict scenes that so closely resemble real life catastrophes, especially given that the show doesn’t really have anything to say about them.

Then there’s the misguided finale, which loses sight of much of what made this season such an improvement. The pacing slows to a crawl, failing to build excitement for what should be a tense climactic showdown between Daredevil, Bullseye, and Fisk; the quality of the fight scenes drop dramatically; and everything ends on a note that’s far too sappy and upbeat for this kind of show. It’s a finale that oddly loses sight of the show’s identity in favor of a much less interesting, more generic show.

Still, the sins of the finale are forgivable. Much, though certainty not all, of what comes before is the kind of tense, engaging television that put Netflix on the map. Season three practically demands you to binge watch it, with all its shocking plot twists and cliffhangers. It still can’t quite escape the flaws of past seasons, but still, “Daredevil” has seen a massive leap in quality, making it a show worth watching again.