“Wrapped in Us” Plays With Environment and Genre 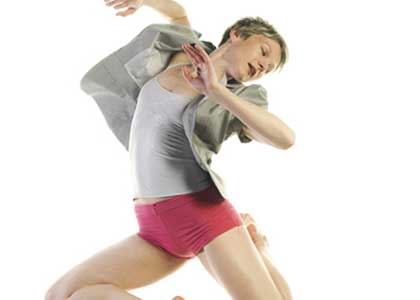 The Fall Faculty Dance Concert, “Wrapped in Us,” which took place this past weekend in the ’92 Theater, consisted of two shows exploring wildly different themes in equally fascinating ways. The concert featured the work of Visiting Assistant Professors of Dance Julie Mulvihill and Joya Powell together with dancers from both on and off campus. The show consisted of two separate pieces, one by each professor.

The first of these performances, titled “Composing Compromise: A Performance Collage,” was choreographed by Mulvihill in close collaboration with multiple student dancers and musicians. Rather than waiting for viewers to file into the theater and sit down in front of the stage, the performance began in Zelnick Pavilion, where audience members were waiting before the start of the show. Dancers began by performing short, fragmented movements in close proximity to the audience while scattered throughout Zelnick, immediately creating a sense of direct interaction between performer and viewer that most traditional performance art lacks.

The performers gradually moved into the ’92 Theater, continuing the rest of the dance onstage. During this section of the piece, the same short movements that occurred while the dancers were in Zelnick were repeated again, this time interspersed with new choreography. Suddenly integrated into a larger, coherent performance, these original fragments of choreography took on a new context, much like isolated puzzle pieces suddenly being fit into a complete picture.

This juxtaposition of parts with the whole, and of repeated movements with brand new ones, is a clear reference to the “collage” part of the performance’s title. One might not think of dance as a medium with which to create a collage, but that is exactly what Mulvihill and her students did, using overlapping movements to create a multilayered artistic experience.

The idea of a performance collage extended to the show’s use of sound as well. The show’s musicians utilized a variety of unconventional sounds during the performance. The most interesting of these were a series of recordings of various moments from the show’s rehearsals. Much like the intentional repetition of choreography, the overlapping of old and new sounds resulted in something larger than the sum of its parts.

Alongside the idea of collages, the show’s title also referenced the concept of compromise, a theme explored by the dancers in a variety of ways. The dancing included both choreographed and improvised segments, resulting in a middle ground between the rehearsed and the unplanned. The show also created compromise in its use of space and relationship with the audience, progressing from the more fluid, interactive space of Zelnick to the set boundaries and separation from viewers of the ’92. 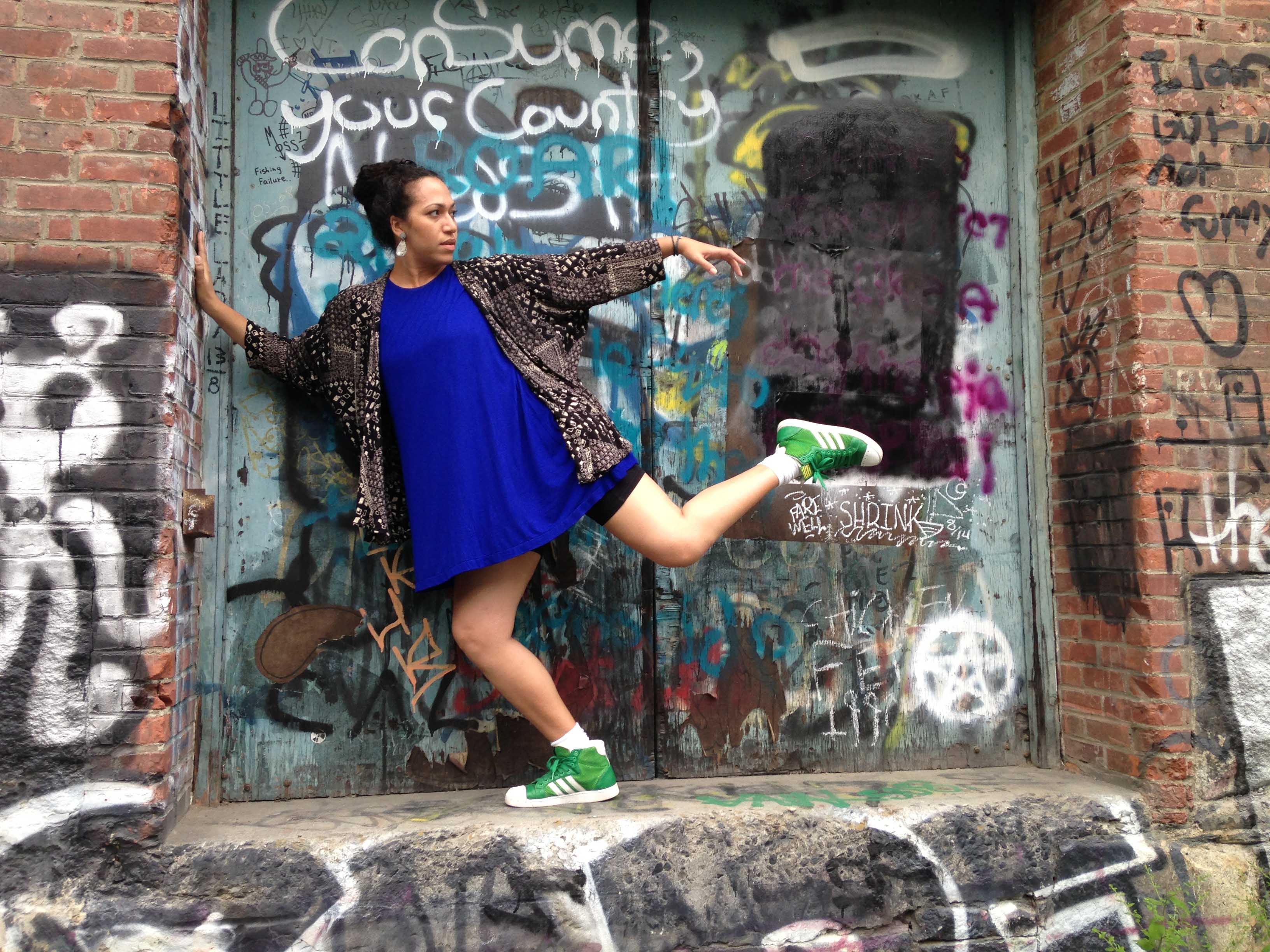 The second performance of the night was created by Powell and titled “Hair Ties.” Powell brought members of her own dance company, Movement of the People, to Wesleyan to perform this piece. “Hair Ties” was inspired by the Tignon Laws of 18th century Louisiana, which were enacted in response to the increasing population of free Black citizens—and the increasing frequency of interracial relationships—in New Orleans during this time. The laws prohibited Creole women, who at the time were known for their elaborate and widely-admired hairstyles, from going out in public without covering their hair. The goal was to prevent Black women from displaying what was perceived as their most appealing feature, but instead they responded by covering their hair in increasingly intricate and lavishly decorated wraps, turning the accessory meant to subjugate them into a bold aesthetic statement.

The dancers of Movement of the People—themselves wearing colorful scarves over their hair—used the story of the Tignon Laws as a jumping off point for a performance about beauty, oppression, and resilience. With a unique style of choreography that resembled both American contemporary dance and older African dance styles, the performers drew connections between differing cultures and between past and present.

The performance also examined the role of headwraps in contemporary society, and the cultural and political baggage that wearing a wrap can carry. Alongside the dancers, the show also consisted of prerecorded video projections of interviews conducted with a variety of individuals. The subjects of these videos all told stories on camera about the varying significance of headwraps in their lives and cultures, adding a more personal and narrative touch to the show. Much of the choreography occurred in parallel to these stories, echoing the emotions of the interview subjects and creating a multimedia dialogue between dance and video.

Separately, both “Composing Compromise” and “Hair Ties” explore a number of intriguing themes. Together, they paint a picture of the myriad ways dance can be used as a tool to ask important cultural, political, and philosophical questions. While taking diverse approaches to the art of choreography, the two segments of “Wrapped in Us” are united in their ability to push the boundaries of traditional dance performance.