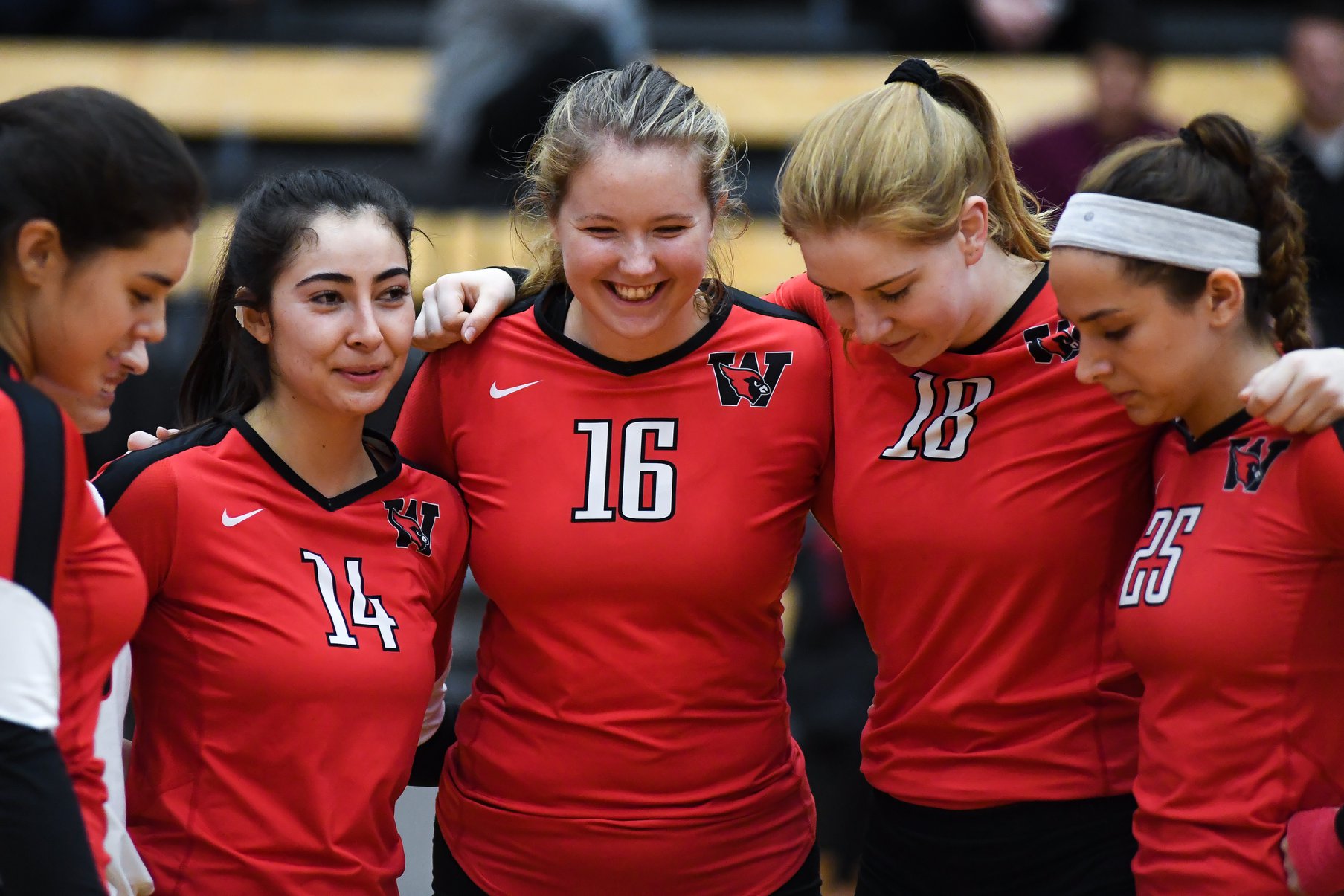 Volleyball wrapped up their regular season by winning five of their last seven matches, with its only losses coming against Susquehanna University and Bowdoin. The Cardinals began this latest stretch of games by beating Franklin & Marshall College in three sets, 25-16, 26-24, and 25-22. In the win, the Cards totaled 42 kills with 75 digs. Mia Hogan ’20 led the way with 15 kills while Phia Bellizzi ’21 led the team with 21 kills. The Cards then had their winning streak snapped when they lost to Susquehanna in three sets. In the loss, the Cards totaled 35 kills and 64 digs led by Stasie Litinsky ’20 who had 8 kills and Bellizzi who had 16 digs. The Cards then rebounded to defeat Swarthmore College in four sets: 25-23, 27-29, 25-16, 25-14. Wesleyan posted 53 kills and 89 digs in the victory. Litinsky led the team again with 20 kills and Bellizzi added 30 digs.

Most recently, the Cards wrapped up their conference schedule by losing to Bowdoin, but rebounding with a comeback win over Tufts in five sets. In the four-set loss to Bowdoin, the Cards totaled 58 kills with 106 digs. Hogan led the Cards with 17 digs while Bellizzi once again led the team with 32 digs.  The loss meant that Bowdoin would be hosting each game of the NESCAC Championship next week, with Wesleyan taking the second seed. In the five-set thriller against Tufts, the Cards totaled 52 kills and 65 digs with Litinsky and Bellizzi leading in those categories once again respectively. Head coach Ben Somera said they have looked better than in previous years, but fatigue is still setting in.

“I would say we look better than we have at this point in previous seasons,” Somera said. “However, the signs of mental fatigue have definitely creeped into the practice gym the past two weeks. Our players want to excel on the court and in the classroom, and the drive and competitiveness that makes them good players also makes them diligent students. When midterms and papers are due there are more late nights and more stress, and that is true for every team in the country. So we can’t make any excuses but we were better at it this year than others.” 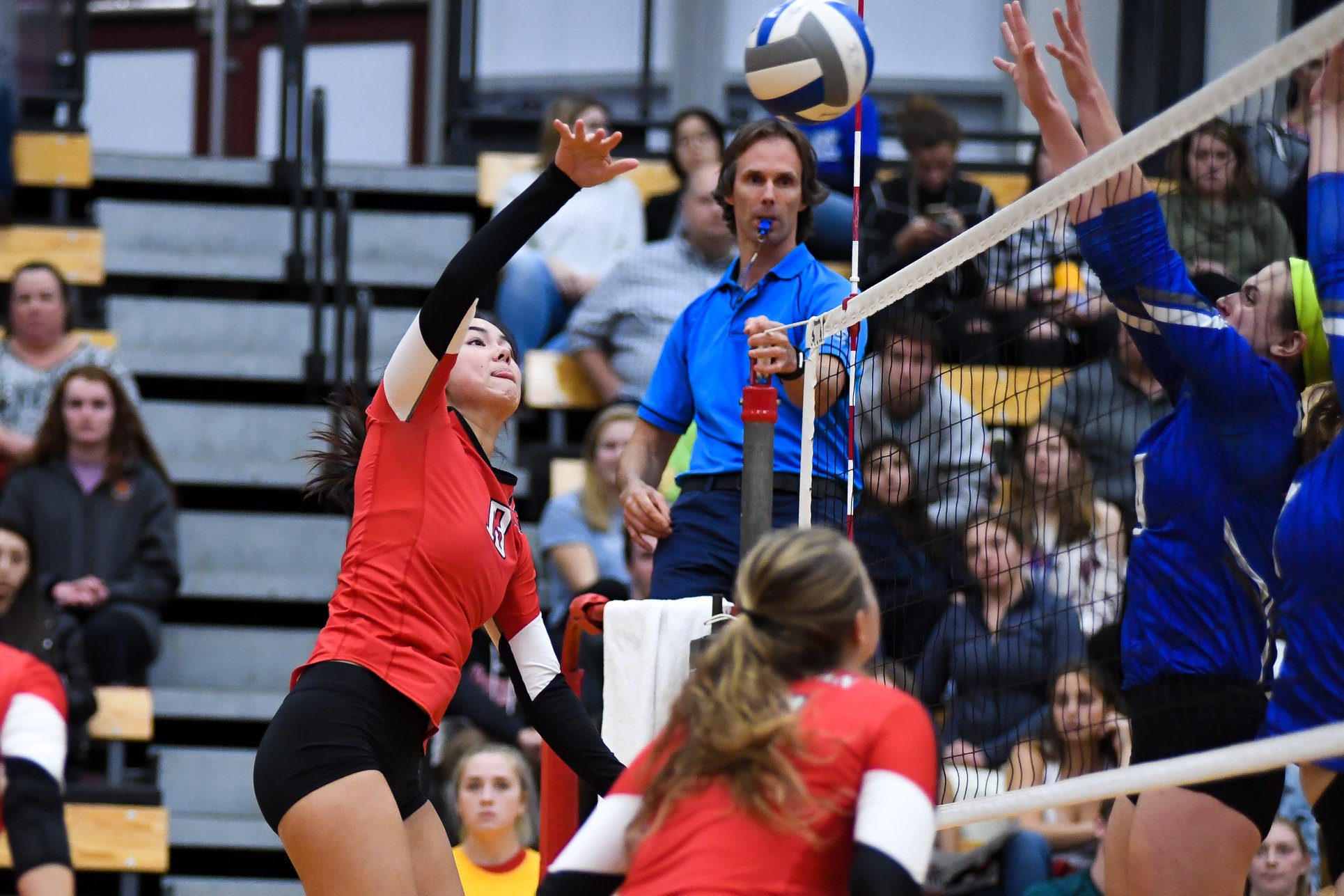 “We definitely had two tough games this past weekend, Bowdoin and Tufts are both really solid teams,” Lundberg said. “Overall, I think we played well, but there is definitely always room for improvement. We are hoping to have a great week of practice this week to best prepare for the NESCAC tournament.”

Somera added that the comeback win over Tufts was important as the team looks to defend its title.

“I think it was really important for a lot of different reasons,” he said. “We could have easily rolled over and given up and limped into the NESCAC Tournament with a lot of doubt in our minds. The match gave us an opportunity to test our resilience and show that we learned the lessons our previous losses this season have taught us.”

Next up, the Cards head to Bowdoin for the NESCAC tournament where they will begin as the second seed playing the seventh-seeded Bates in the quarterfinals.

Somera said that they will be able to build off of a tough loss to a team like Bowdoin.

“After the match ended, I felt like our emotional and physical effort were at a really good level but mentally we weren’t sharp,” he said. “We had a lot of opportunities to win sets and the plays we didn’t execute in those critical moments are things we have control of on our side of the net. We played an okay match from a mental stand point and we were very competitive. If we clean up a few things this week, we will be exactly where we need to be.  Our team is in familiar situation as the second seed in the tournament, and with a good week of practice we will be more focused and a lot sharper this coming weekend.”

Expectations are high as the team looks to repeat its defend its first-ever NESCAC tournament title.