From Basketball to Halal, the University’s New Muslim Chaplain Settles In 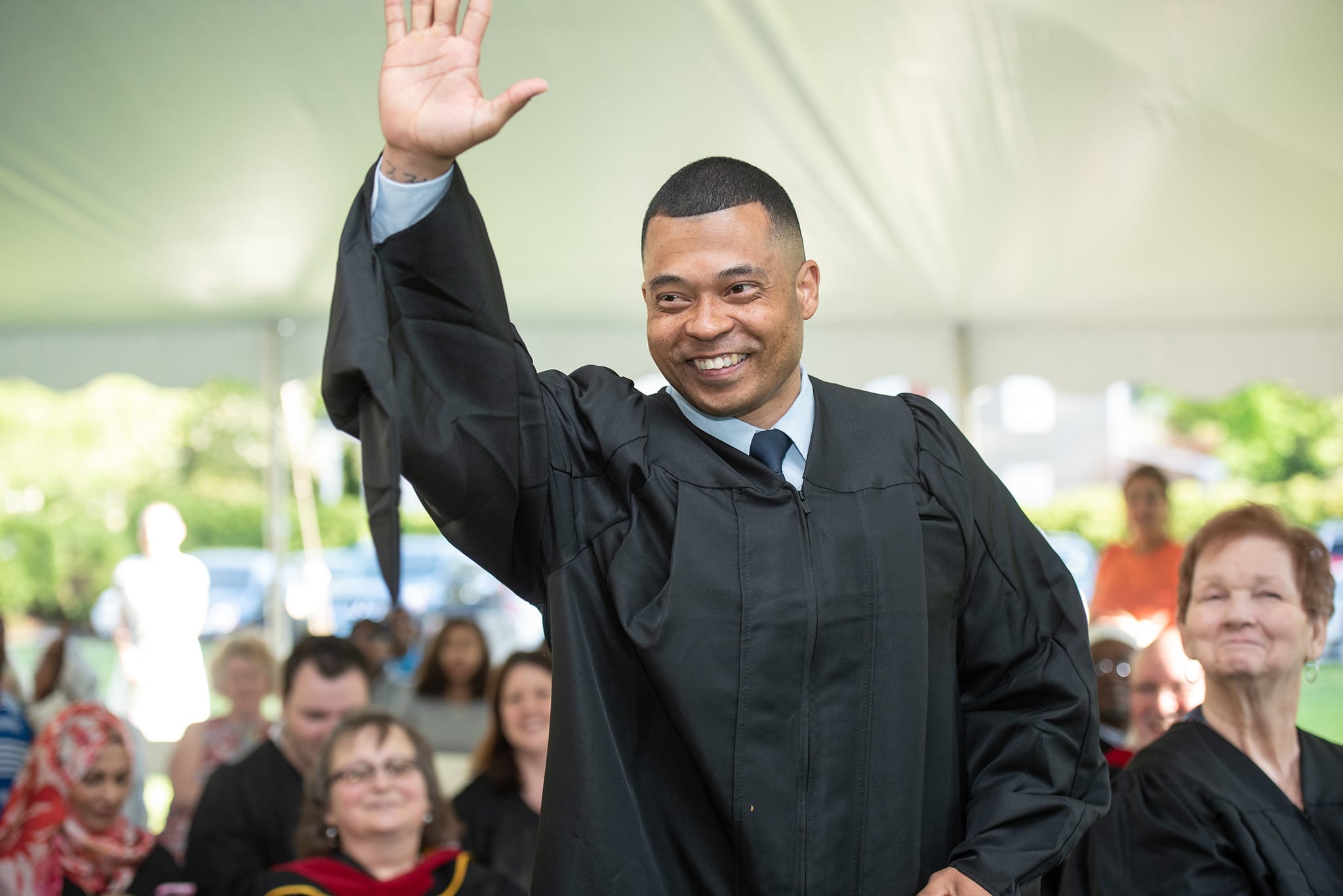 When Chaplain Malik Shakoor was a young boy in Huntsville, Ala., all he could think about was basketball. His biggest dream was to be an NBA star, and Shakoor bounced from basketball scholarship to scholarship before completing undergrad at the University of Maine. At the age of 23, he converted to Islam. Shakoor retroactively credits the epiphany to a pastor he had met as a child.

“He was going around prophesying what everyone was going to grow up to be,” Shakoor said. “I already knew I wanted to be an NBA player, but he turned to me and said, ‘No, you’re going to be a man of God.’ It followed me growing up. Every time I was around my mom’s friends they would go, ‘There goes that preacher man.’”

As the son of a Presbyterian and an African Methodist who attended both services growing up, his conversion was met with some shock and backlash in his Alabama hometown. Growing up around religion his entire life, Shakoor noticed discrepancies between what people preached and how they actually acted.

“I would see people say one thing and then go out and do the total opposite,” he said. “Things weren’t making sense to me. I was reading the same verses that people would be reading, and their understanding seemed so much different to me. I did a lot of soul searching. My cousin who converted to Islam talked me into reading the Quran.”

“I read the Quran and it made sense to me,” he said. “[I appreciated] listening to what the different scholars were saying, how they were saying how knowledge is about application and not just knowing but applying that knowledge.”

Shakoor enrolled in the Army shortly after converting, where he became inspired to embark on the chaplain track.

“The first time I got on base in Ft. Hood, my mentor, who was also Muslim, would constantly talk to me about becoming a chaplain,” Shakoor said. “I realized it was my calling, and something just clicked in me. To help, to change lives and make an impact on lives regardless of whether they’re Muslim or non-Muslim.”

“It was tedious…. I consolidated everything in one year last year: my officer training, my chaplain internship, and my active duty tour at Ft. Lackland in San Antonio,” Shakoor said. “[Ft. Lackland] is what they call the gateway to the air force. All of the basic trainees and instructors are there, and [it] has the largest Muslim congregation in the Department of Defense, roughly 500-600 in the congregation.”

Shakoor pointed out that across all services, there are only 14 Muslim chaplains in the U.S. military. For him, the path to becoming a chaplain wasn’t always straightforward.

“I was denied at first and had to reapply,” he said. “The Army took so long with my paperwork that I got closer to exiting the military. I didn’t want to have a gap, so I ended up applying to the Navy and the Air Force, and the Air Force got through the paperwork a lot quicker. Being a Muslim in the military…. it wasn’t easy. I did have some supportive leadership, but at one point they wanted to kick me out the military. I was in Hartford Seminary at the time, I was Assistant Imam at Fort Hood, and they wanted to kick me out based on Article 15.”

Article 15 refers to the Uniform Code of Military Justice which dictates that if a military member commits a minor infraction, instead of receiving a judicial hearing their innocence will be decided by their commanding officer. Shakoor’s positive impact on base helped determine his fate.

“I had so many letters of recommendation,” Shakoor said. “My platoon sergeant, my first sergeant, my battalion commander all spoke so highly of me because of my character and who I was that they made the decision to let me stay. It opened my eyes to the importance of character.”

Shakoor stressed the importance of outreach, going beyond one’s own faith to the community at large.

“Honestly, in the military, speaking directly to your community is only 10 percent of your job,” Shakoor explained. “The rest of it is engaging with the rest of the community, with the staff, with your commanders. I’m taking my coat off, I’m out there getting to know the airmen and creating programs to get to know one another. I was also providing religious education programs so people can learn about the faith.”

Although Shakoor notices some obvious differences between the military and Wesleyan, he believes that similar approaches can benefit students as well.

“Wesleyan seems like it’s a lot more liberal, and the language is very different,” he noticed. “I had to hit the ground running, trying to get a feel for it. Seeing where the school is psychologically and emotionally. One of my biggest strengths is engaging with students, engaging with faculty, and trying to see what is needed from both the [Muslim Student Association] and the students in totality. I am a chaplain to all. Not just spiritually, but emotionally.”

Shakoor began his role as chaplain on Monday, Oct. 8. Since then, he has met with Director of the Office of Spiritual Life Rabbi David Leipziger Teva and the leader of the Muslim Student Association Eunes Harun ’20 about the needs of the student body. Shakoor prioritizes a less direct, more guiding approach to spiritual leadership.

“My job is not to come in and micromanage and tell them what they have to do or what the scripture says,” Shakoor said. “I’m here to support them and advise them. If they choose to take my advice, great, but if not, they’re here to develop their own leadership skills.”

As a convert, Shakoor has experienced some disconnect from Muslim-born individuals who consider him to be an outsider, but does not let that taint his devotion.

“Every Muslim has a different mindset,” he said. “I cannot speak for each and every single one of them, but I just know from my experiences that I’ve had a tough time [proving my faith to others]. I’m comfortable showing my knowledge everyday and not just quoting scripture to sound intelligent.”

Shakoor believes the best approach to faith is a practical one.

“Don’t just tell me about your religion,” he said. “Show me. Don’t make it so intellectual.”

As Shakoor continues to get settled into campus, he has a few ideas up his sleeves on how to bring the Wesleyan community together.

“I love food and I know students love food,” Shakoor said. “For the soldiers, the airmen, the one thing that would bring everyone together was food. The key aspect is not just throw scripture or religion at them, but to find out what they have in common. People have a lot more in common than they think. They may like sports, they may like art, whatever [it] may be, but once they find people with different backgrounds and find out what they have in common, it gives them a better understanding and opens the door to who they really are.”