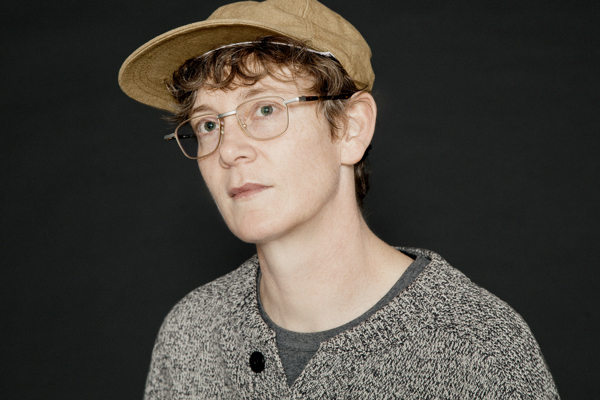 On Wednesday night, Earth House was packed with indie-pop fans for a dazzling solo set by Katy Davidson of Dear Nora. The band’s newest album “Skulls Example” was released in May, and Davidson was recently featured on the Dirty Projectors album “Lamp Lit Prose,” released in July.

Alex Richwine ’20, hosted the event and was happy to message The Argus about the process of getting a big name on campus.

“Bringing Dear Nora to Wes kind of happened by chance, which is actually how all of the shows I’ve booked before have come about,” Richwine wrote. “With this one, my friend Allison was contacted by Katy [of Dear Nora, who] said they were looking to play some college shows on their little northeast tour…. This was all pretty short-notice as far as campus concerts go because the tentative date of the show was three weeks away at that time. I do not recommend trying to book a show with that short notice because it makes people’s lives difficult in the WSA office, as well as being personally stressful. I was lucky that the funding process and contract process were much easier than usual.”

But being one of the more influential bedroom-pop acts of the 21st century, Dear Nora was a catch Richwine couldn’t pass up.

“One of the reasons I admire Dear Nora so much is that they have had such a marked, positive influence on the indie/DIY ethos in the ’00s and beyond,“ he continued. “Bands like Joyce Manor, Girlpool, plenty of DIY bands and bedroom pop acts all see the simple elegance of these tunes as an inspiration. It makes me think you could apply some form of that great Brian Eno quote about The Velvet Underground to Dear Nora’s post-9/11 masterpiece Mountain Rock: ‘The record probably didn’t sell more than 30,000 copies but everyone who who bought one started making music in their bedroom.’”

Opening the set was BIG MOOD (also known as BIG MOON), a band from Amherst, Mass. Only the frontman made it down to play a few original songs, admitting a devoted inspiration to Dear Nora. His electric-guitar-heavy cover of Carly Rae Jepsen’s “E.MO.TION” was perhaps the most memorable moment of his set. The charming awkwardness of the solo set embodied the bedroom-pop vibe developed by Dear Nora almost two decades ago.

Bye Forever, from Purchase, N. Y., was the second opener with a powerful indie-rock set. With thunderous basslines, head-banging drums, and an angry, yet almost mournful, vocalist, the band left a resounding rock-and-roll vibe among the audience. Hinting at a new single, they played a selection of original songs filled that had the audience head-bumping.

Toning things down, Katy Davidson took over to the cheers of the audience, equipped with only an electric guitar. They invited everyone to take a seat for a melodic and bittersweet performance. Dear Nora, described by Pitchfork as “Your Favorite Indie Rocker’s Favorite Indie Rocker,” treated an excited crowd first to heartfelt performances from their 2018 album, “Skulls Example.” After a few more dreamy and poetic songs from the band’s 2004 masterpiece, “Mountain Rock,” Davidson humbly took some eager crowd requests and performed a few covers. Before closing, politely lamenting the room’s heat and taking out some records for sale, Davidson lingered, and I got the chance to ask her a few questions. They still excitedly plays college shows, mentioning their last one at Lewis and Clark College (the band is named after their music professor at Lewis and Clark, Nora Beck).

“I love young energy, I love seeing what’s going on with young people,” Davidson told me. “Not to sound too old, but this is such an amazing and important demographic.”

But Davidson, although long past their college years, didn’t come off as old at all. Their relaxed yet powerful energy enraptured an attentive audience, encapsulating a college-age sigh-inducing melancholy that is truly timeless.