“Eighth Grade” Finds the Beating Heart of the Cringe Comedy 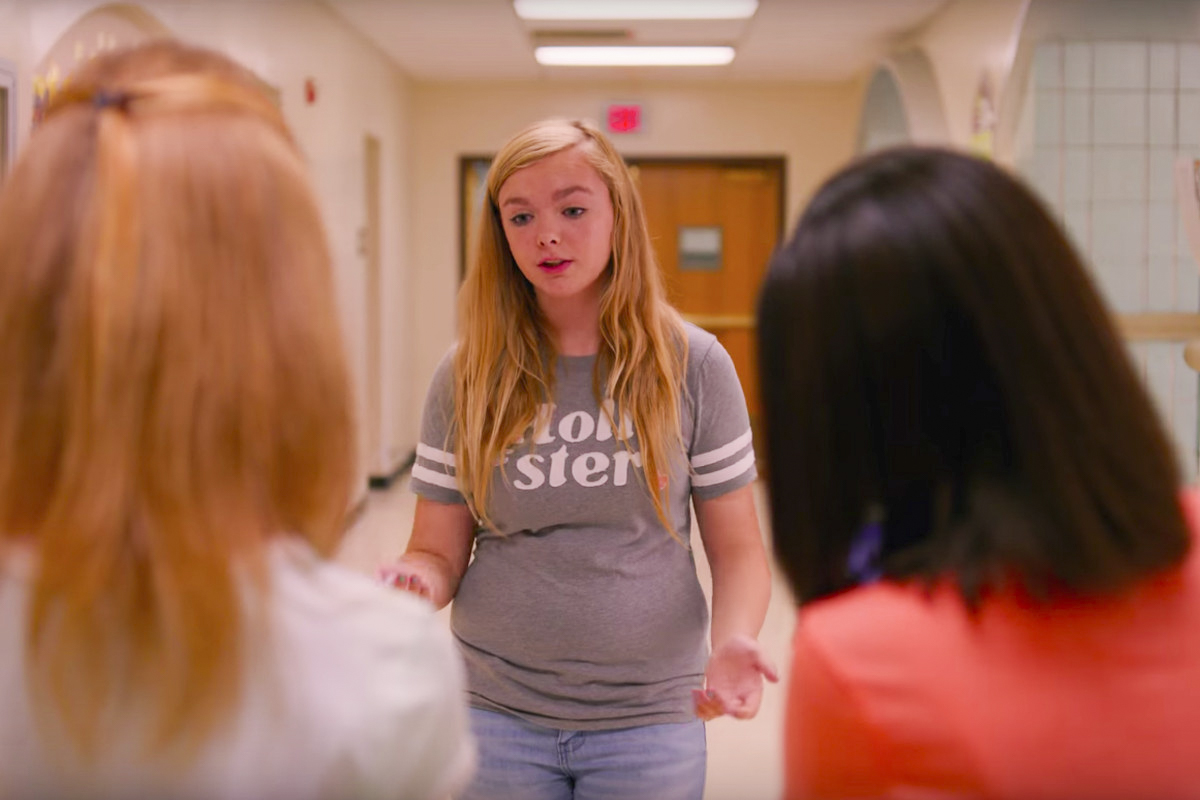 The most excruciating film scene of 2018 doesn’t come from a bloody war movie, or from the oppression of a 20th-century-set period piece, or even from art-house horror flicks. Instead, it’s a scene of a middle school girl simply walking into a pool party. However, stating what happens in that scene doesn’t capture the unnerving sense of dread, and visceral reality, of watching Kayla Day (the remarkable Elsie Fisher) awkwardly clutch her body as she wades anxiously into the difficult waters of adolescence. The film is not subtle at all here: loud music blasts, young bodies contort into strange positions, and there are penetrating close-ups of Kayla walking around as if she’s apologizing not just her body, but for her whole existence. But this scene works as an introduction, and perhaps a flashback, to the painful yet cathartic experience of growing up. Welcome, it says, to eighth grade.

“Eighth Grade,” (the movie which this scene is from, also showing at the Wesleyan Film Series tonight, Friday, Sept. 28) is about as accurate a representation of teenagers in the 21st century as you’ll be able to find. The film traces the last few weeks of middle school for Kayla, a hyper-connected and hyper-disconnected teenager struggling to understand her place in the world. She spends hours staring at the cracked screen of her phone in the dark, her face illuminated by images and videos of celebrities and her fellow middle schoolers (who seem nearly the same in her mind). While the Internet is a dissociative form of escapism for Kayla, it’s also a meticulous pathway to self-creation. She applies makeup to her face and carefully sets herself down in bed, all before putting on Snapchat that she “woke up like this.” #Flawless has never felt as cruel as it does when watching Kayla struggle for the sheen of perfection that she thinks is natural for everyone else.

But the Internet is also the medium in which she can process her life in real time. She speaks in direct address to the camera in video blogs which she uploads to Youtube, to an audience of seemingly just herself.

The film plays into the irony of Kayla giving life advice while not being able to apply it to her own life, having these self-monologues play in the background of her introverted and lonely walks as she navigates the school hallways without any friends.

But to dismiss Kayla as simply a kid in need of some self-esteem and time without her phone would be too simple for a movie that moves its audience in a nuanced way despite its bold moments of pure awkwardness. There’s something more complex at work here: While Kayla can’t believe the empowerment monologues that she’s giving herself, she has the self-awareness to understand that she needs to change. And while she understands that “being yourself” is the only solution to her insecurities, the process of putting that into practice is much more difficult than posting something to Instagram.

This is where the pain of “Eighth Grade,” both the school year and the film, begins to reveal itself. Kayla is constantly put into uncomfortable situations like the pool party, such as wanting to express her feelings to a cute boy (Luke Prael) or trying to seek the approval of a popular girl (Catherine Oliviere) who’s entirely uninterested in her. The choice Kayla faces is whether to retreat and make herself invisible or to push herself to be seen. One of the most striking images of the film is when, in a fit of humiliation, she hides in a photo booth at the mall: both being invisible and visible and not wanting either.

Either choice Kayla makes has its difficulties. If she works to maintain her invisibility, she reaffirms the notion she already believes that being herself isn’t good enough. But when she does bite the bullet and put herself out there, her own hyper-awareness makes it impossible to form genuine connections with people. To them, she’s just a girl who stares a little too long and tries to fill awkward silences a little too eagerly.

Whatever choice she makes, Kayla is doomed to feel pain. Seeing her weigh these choices while knowing that she’ll inevitably fail either way creates a sense of dread that practically radiates off the film screen in the same way that Kayla’s phone causes her stress. “Eighth Grade” has been deemed a movie “too hard to watch” by many. But it’s only because the pain in it rings achingly familiar.

It would be easy to categorize Kayla’s journey, then, as a “cringe comedy”: a trainwreck that goes so badly you can’t look away. The limitations of cringe comedy must have been on the mind of Bo Burnham, the writer/director of “Eighth Grade,” when he created the film. He started out as a kind of “Kayla” himself, gaining celebrity status from viral Youtube videos filled with clever wordplay and thoroughly postmodern criticisms of society and performativity. But within the last few years of his career, he’s begun to question his role and his abilities as a comedian. This synthesizes at the end of his comedy special “Make Happy” which starts out as a parody of Kanye West’s music but transforms into an interrogation of his inability to speak sincerely without resorting to ironic detachment and bathos. It was a career peak that attempted to stretch the comedy show into a more fluid space, but it was also an admission of defeat: I can’t transcend the failures of comedy as a way of expressing myself and my pain. At least, not yet.

But through the character of Kayla in “Eighth Grade,” Burnham has done exactly what he said he couldn’t do: He’s pushed cringe comedy from a place of ironic distance to empathetic intimacy. We’re not laughing at Kayla because we’re not like her, we’re laughing with her because we have been her.

By transferring Burnham’s signature comedy style away from his own singular voice to a fantastic ensemble of actors, Burnham has created a space where people of many identities and backgrounds can interpret their own insecurities through comedy. This is particularly true of the female characters of the film, whose obsessive performativity and fears seem to come directly from the constraints of gender. When Kayla visits a high school in preparation for the next phase of her life and meets Olivia (Emily Robinson), it’s a liberating experience to have a female role model that’s been lacking with the absence of any maternal figure in her male-dominated life. A scene later on in the film, a truth-or-dare game from hell, also confirms that Kayla’s shame about her sexuality, body, and self all stem at least partially from the unequal power dynamics that young boys place on her.

But the most moving character in the film is Kayla’s dad (a hilarious Josh Hamilton), who struggles to be there for his daughter as she pushes him away. When he tells her early on, “I think you’re really cool,” it’s exactly the message Kayla needs to be hearing, but also a patronizing phrase that she detests. Like Kayla and Burnham himself, her dad cannot find the language to truly express himself. But when he does stumble upon this language in a fireside scene, despite the fact it’s a conventional parent-teen speech, it’s an incredible release of the tension that’s been driving the film.

In the end, Kayla has gone through a significant part of discovering herself only to wind up at high school, an even larger battleground for negotiating her identity. But Kayla’s inability to simply disappear into her own shame, her resilient drive to both be accepted and to accept herself, is both a burden and a joy. Eighth grade itself may suck and you may want to never relive it again, but “Eighth Grade” the film is an important reminder that those years of our lives that we never want to remember are in fact the ones we should be celebrating that we got through. And for that, it’s not just a film that’s hard to watch. In the most healing way, it’s a film that’s necessary to watch, too.

Nathan Pugh can be reached at npugh@wesleyan.edu