He Said, She Said: A Definitive Ranking of Oral Histories

Trying to cut down on Netflix? Searching for a birthday present? Looking to impress a literary-minded Tinder match? The Argus has your back. Welcome to our brand new book recommendation column. Each column focuses on the standout works of a specific literary genre, and this week, we’re taking on the oral history.

Ranging from densely academic to shamelessly gossipy, the oral history forces the author to take a backseat to their subject. Generally composed of dozens of interviews stitched together with minimal commentary from the writer, oral histories can be sloppy, rambling, or directly self-contradictory. They can also be exhilaratingly personal accounts of historical, political, and artistic movements, and often are the next best thing having been there yourself. Without further ado, here are a few of my favorites. 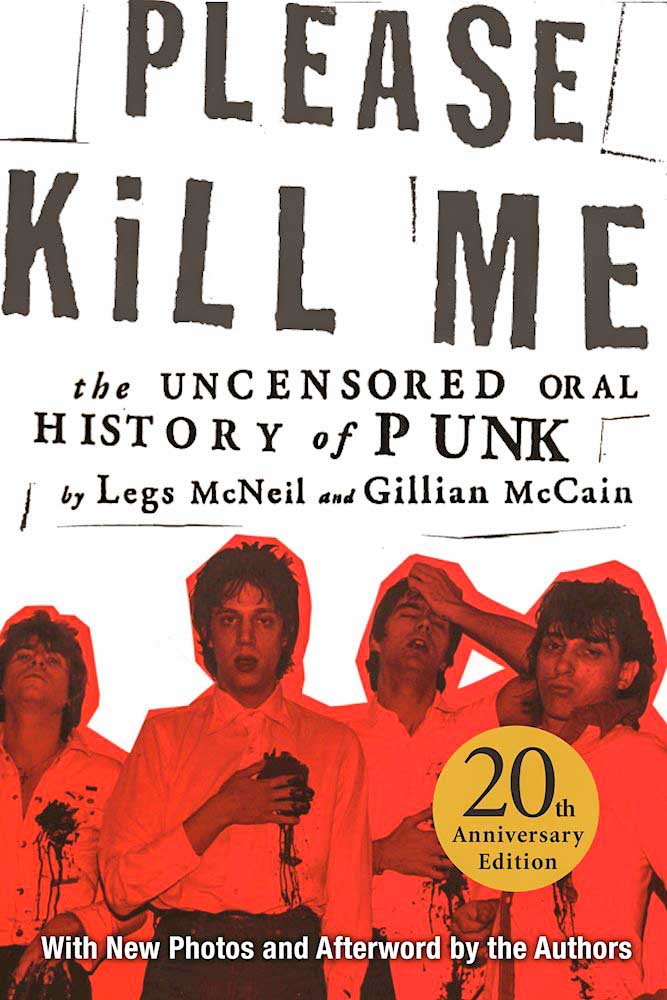 No list of oral histories is complete without mention of the infamous “Please Kill Me: The Uncensored Oral History of Punk” by Legs McNeil and Gillian McCain. I’m going to preemptively sacrifice any musical street cred I might have earned in bringing up this cult favorite by admitting that I first heard about it on “Gilmore Girls,” but whether you’re a longtime fan or a stranger to the genre, “Please Kill Me” is an entertaining and illuminating look at the rise and fall of punk rock, with a particular focus on the New York music scene of the mid-1970s. It certainly isn’t for the snobby or faint of heart; the hundreds of musicians, producers, groupies, journalists, and drug dealers interviewed hold nothing back about their sleazy and usually drug-fueled escapades, and the book focuses as much (if not more) on the musicians’ wild parties as on their actual music. Yet despite its frequent tangents and subjects who occasionally directly contradict each other, “Please Kill Me” is the rare book that continues to feel raw and subversive over two decades after its publication.

Alternatively, if your musical tastes skew a little later and a little further west, you might be interested in “Everybody Loves Our Town: An Oral History of Grunge” by Mark Yarm. Much like “Please Kill Me,” “Everybody Loves Our Town” is closely tied to a specific time and place—in this case, Seattle in the 1990s. Naturally, plenty of the book’s anecdotes focus on the heavy hitters of Pacific Northwest rock, such as Nirvana, Pearl Jam, and Soundgarden, but Yarm takes care to devote some time to more obscure bands like Cat Butt and Mudhoney as well, and its anecdotes range from the outrageous to the poignant.

Moving on to a different type of show business, “Live From New York: An Uncensored History of Saturday Night Live” by Tom Shales and James Andrew Miller is another classic of the genre (are you starting to see a pattern? Oral historians, as far as I can tell, hate nothing more than censors). “Live From New York’s” biggest strength is its star-studded cast of interviewees; while some oral histories are forced to rely on groupies, girlfriends, and other less famous subjects to fill their pages, Shales and Miller manage to get ahold of many of the show’s most famous actors. Mike Meyers, Bill Murray, Will Ferrell, and Tina Fey are just a few of the many writers, performers, and producers who help chart the show’s meteoric rise from obscurity to a household name.

A shorter, scrappier book than “Live From New York,” “We Killed: The Rise of Women in American Comedy” by Yael Kohen covers comedy from a more explicitly political perspective. Beginning with the groundbreaking 1950s comedians Elaine May and Phyllis Diller and ending in the mid-2000s during the Fey-Poehler-Wiig-Rudolph era of Saturday Night Live, “We Killed” directly addresses the harassment, hostility, and double standards faced by women trying to break into yet another traditionally male-dominated industry.

The larger than life personalities that all arts industries inevitably attract are ideal interview subjects, and thus the performance arts tend to be a popular subject for oral historians. But oral history can and does tackle more intense subjects, as evidenced by “Hard Times: An Oral History of The Great Depression” by Studs Terkel. “Hard Times” publishes interviews with individuals from a variety of geographical locations and socioeconomic backgrounds on their experiences living through the Great Depression. Terkel, a writer known for his oral histories of common Americans, has a knack for getting subjects to come out of their shell, and the result is a series of intimate and touching stories that personalize a historical event that might otherwise feel far removed to members of the current generation.

For any sports fans out there, “The Glory of Their Times: The Story of the Early Days of Baseball Told by the Men Who Played It” by Lawrence Ritter is unmissable. Even if you’re not into baseball (I am definitively not), Ritter’s compilation of interviews with the baseball players of the early twentieth century is worth a look. Much like “Hard Times,” it provides a window into a completely different era, and expertly balances both lighthearted anecdotes and serious analysis.