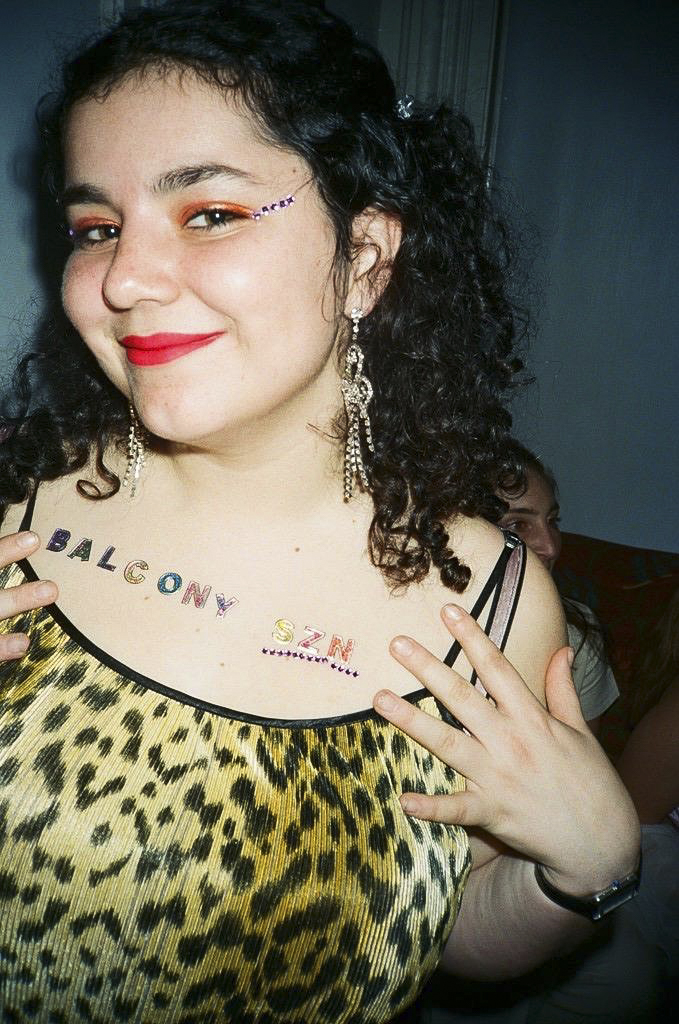 Although Alice Goldberg ’19 normally works behind the camera, her eye-catching red cowboy boots and enthusiastic personality might place her better in front of it. Though she says her Wesleyan reputation began as “the French girl,” Goldberg is now a recognizable presence on campus, belonging to multiple societies and always making an effort to branch out among Wesleyan’s tight-knit circles. You may recognize her spirited voice from the WestCo balcony, especially during the time of year she coined “balcony season,” or catch her in her active rebellion against being boxed in by Usdan cutlery labels. As the latest WesCeleb, Goldberg sat down with the The Argus to reflect on her past three years on campus, her fashion sense, and her hopes for this year.

The Argus: So I hear you are an international student from France. How did you decide to come to Wesleyan?

Alice Goldberg: I applied to this program in England to go to spy school, and I got in, so I was going to do that. But I had also applied to Canada and America, and as my senior year went by, I decided that spy school was not for me. I wanted to study film too, and it’s a very rigid education in England. I decided that if I was going to do the spy program, I would be forced to be a spy and study that my whole life. So, I ruled over the spy lifestyle, and now I’m a film major.

I was very into history in high school, and I was very into politics and international relations, and I was also into film but more into international relations. But I realized that I would be closing off a whole side of my personality by going into that, and the whole secretive lifestyle is not really as glamorous as one thinks it is. It’s actually a pretty rough lifestyle that I didn’t want to go into. I decided I wanted to study film, so that’s why I’m here. And also England is too close to France, and I needed to get far away from Paris.

A: What do you love about film?

A: What are your favorite parts of Wesleyan?

AG: My favorite part of Wesleyan is balcony season. When I was a sophomore, I moved in WestCo with Sam Dewees [’19], my roommate, and we pioneered this thing called balcony season. We had a balcony—the balcony that overlooks Weshop—and we would get out of class, come out on our balcony, and whenever we would spot someone we knew, we would just scream out their names and throw our keys off the balcony. That’s probably why people know me, because we were very loud about balcony season. It’s just really fun, and I love doing it. We would just yell at them and throw our keys and tell them to come up, and they would oblige. It would end up being like 20 people sitting on our tiny balcony.

A: What was your inspiration/motivation for balcony season?

AG: Well, we had a balcony. Balcony season is in the beginning of the year, and as soon as it starts being really snowy and shitty, it stops. It’s just wanting to be around people and wanting all my friends to come together and spread the positive after-class energy. There’s no motive.

A: Is there anything at Wesleyan you would like to change?

AG: There are so many things at Wesleyan I would like to change. I’m a film major, so anyone you would ask who is a female film major would tell you that it’s—though it’s getting way better—it’s super male-dominated, and that can be annoying, especially in the classroom. There’s only one female professor, and I think she’s on sabbatical, but they just hired a new one, so I guess there are two now.

I hate the Usdan rebranding. They added screens, they added a thing in the dining room with labels on the cutlery, and it says “forks” or “knives,” but it says “soup” for spoons, and I’m a big believer in using a spoon to eat your rice, and I feel bullied because it says “soup.” As an act of rebellion, I’ve been using my spoon to eat my rice.

They got rid of the candy bar in Weshop too, and I feel very strongly about that. There used to be a candy bar, and at least according to Wendy, who works at Weshop and is amazing, the candy bar had been here for like 20 years, and they just decided to get rid of it.

A: You have a very cool style, and you have been known to sport a very cool Octopus shirt. What does personal style mean to you?

AG: My best friend Josh, who just graduated, has a best friend from the city, whose father sells octopus and flips octopus in the city. People call him the Octoman, and he has a shirt that says “Octoman,” and my best friend gave it to me.

For fashion, I like mixing things. I like dressing up; it’s one of my favorite things to do. Going to high school in Paris and the way that people dressed was very formal and a little bit fancy, but I realized when I got here that I could wear whatever the fuck I wanted. I went through phases, so sophomore year I coordinated every single outfit I had with matching eyeshadow. Sometimes I will literally just wear pajamas for two weeks. Style is fun, it’s a way of expressing myself.

A: I also hear that you speak a lot of languages. Can you tell me about the different languages you know and your process for learning them?

AG: Oh my gosh, who told you that? I studied a lot of languages in high school, so I speak French and Polish and English, and I studied German and Russian in high school, and then I studied Hebrew my freshman year here, but I don’t really know how to speak Hebrew. My German is pretty good, my Russian is not that great.

I was raised with two languages, French and Polish, so learning languages has always been a part of my life. I think that every language is tied to a way of thinking and culture, and the more you learn, the more you become aware of it. I’m constantly thinking about language.

A: What is something you’ve learned about yourself or people or anything else throughout your time at Wes?

AG: I think you learn a lot when you move to another country. I have learned to be extremely comfortable with myself. Obviously I’m at college, so I’m here to learn. I also haven’t graduated yet, so I still have time to learn.

A: What’s something that you hope to do before you graduate?

AG: Finish my thesis. I have a lot going on this semester, so I hope to finish it all and have fun.

A: What do you do for fun on the Wes campus?

AG: I’m part of three societies on campus. I’m in Psi U, [a] co-ed frat, and then I’m in a super small society called Bleak House, we have one recruit each year. The third one is WestCows, which is like a women of WestCo thing, and all my best friends are in that. I loved living in WestCo, but because it’s self-governing it can be pretty insular, so joining Psi U helped me meet a lot of people outside of my group of friends. Wesleyan is small, and the communities of people inside Wesleyan are even smaller, so it’s really easy to get trapped inside one circle, but these different groups have allowed me to branch out.

A: Why do you think you were nominated to be a WesCeleb?

AG: I like to have a presence on campus. I invented balcony season with my roommate, and I think people have known us because of that. I’m in a lot of different groups, and I think these three groups—Bleak House, WestCows, and Psi U—are like the holy trinity of Wesleyan societies. I think being in these three has made me a face around campus. It didn’t really start off well for me. When I was a freshman, my English was not very good, and I was pretty shy, and my best friend from middle school had moved to L.A., and then we both ended up here. She and her best friend and I would just hang out and speak French and smoke cigarettes together, and I would only hang out with these two girls. We became known around campus as “the French girls” and people on campus still know us as that. So my first semester was just smoking with them and not really talking to many people, but I opened up and now I feel like I branched out from just being “the French girl” on campus to being someone that people feel comfortable around and people want to be friends with.

This interview has been lightly edited for length.