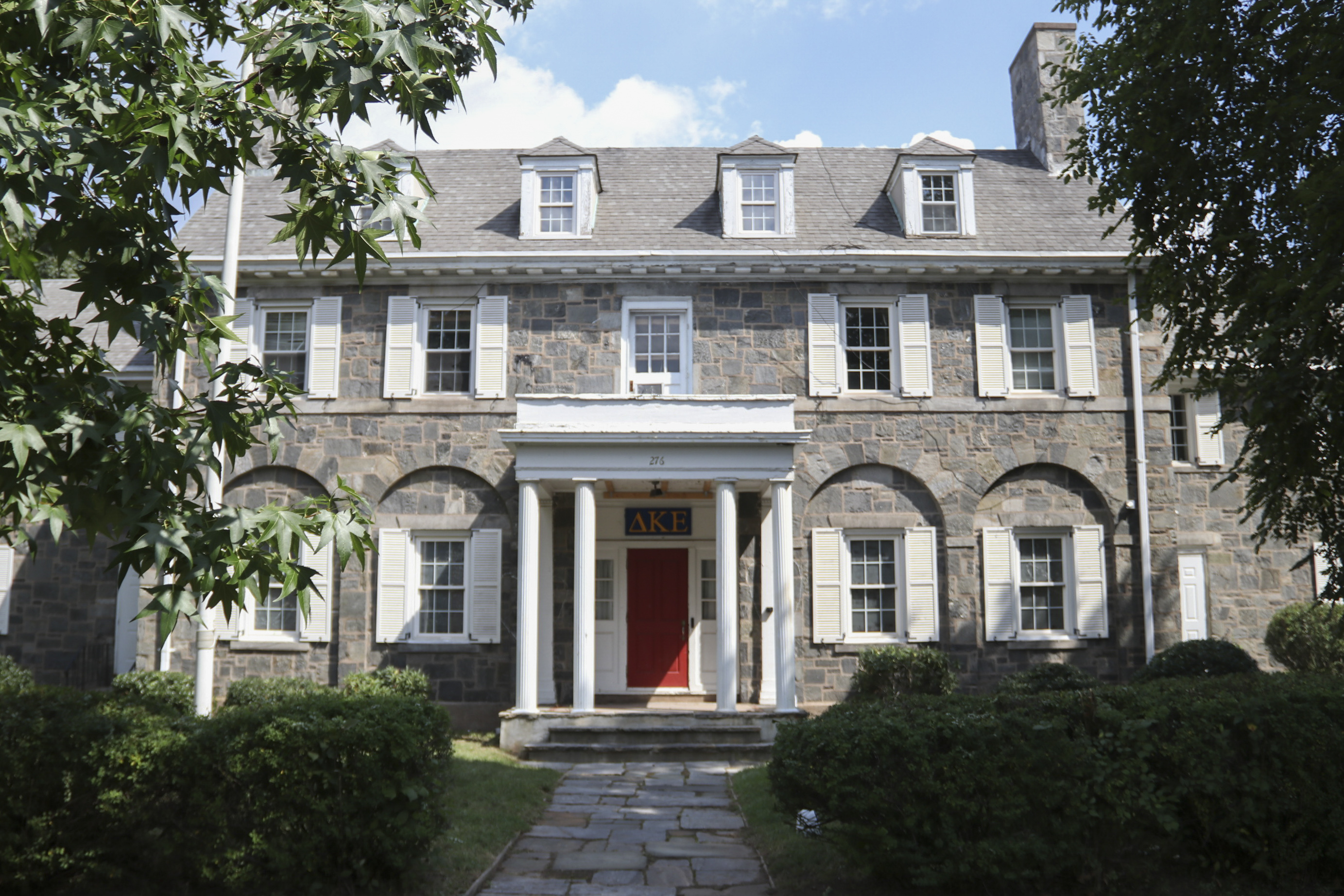 On Aug. 20, the University submitted an appeal brief to the Connecticut Appellate Court, continuing the now four-year debate regarding the Kent Literary Club (KLC) Et Al v. Wesleyan University Et Al case. As a result of this ongoing appeal, 276 High St. will remain off limits to students.

Although Judge Edward S. Domnarski upheld the jury’s verdict on the case in December 2017, this appeal does not come as a surprise. Following this verdict on Dec. 4, President Michael Roth ’78 and Chair of the Board of Trustees Donna Morea ’76 sent a statement to The Argus about their plans to file a notice of appeal.

“During the University’s appeal of the trial court decision on this matter, DKE is not part of program housing, and, as Dean Culliton stated in his email to students, it remains off limits to students,” Manager of Media & Public Relations for the University Lauren Rubenstein wrote in an email to The Argus.

This information may come as a surprise to the campus community given that the last order from Dec. 4, 2017 indicated that the University must include 276 High St. as a program house option for fall 2018. During this litigation, the brothers of Delta Kappa Epsilon (DKE) discussed plans for moving back into their residence this fall.

DKE’s alumni organization KLC had communicated with The Argus regarding their intentions of implementing the initial coeducation proposal they had submitted to the University back in July 2015.

“In order to attract female students KLC has engaged a design consultant to prepare a master renovation plan that includes room and hallway improvements, new lighting for bedrooms and halls, remodeling and expansions of all bathrooms as well as new furniture and fixtures throughout the House,” reads a section from the original two-page document submitted to the University. “The charge to our consultant is to create a separate yet contiguous living space for both men and women…. With a ‘modernized’ space we believe this will be an attractive facility for both men and women. ‘If we build it, they will come!’”

In an email correspondence with The Argus, KLC President Gary Breitbord iterated his thoughts on the recent events surrounding the case.

“It is disappointing that the university is still continuing the legal fight,” Breitbord wrote. “We are in the process of completing our response to the university’s brief. The facts of the case were, and are, compelling. The jury found unanimously on all counts in our favor. We are confident that the appellate court will uphold the jury verdict.”

The latest brief that the University submitted to the Connecticut Appellate Court outlines a three-pronged argument. First, they argue the trial court was in the wrong when they ordered the University to enter into a housing agreement involuntarily.

“The injunction requires Wesleyan to enter into a new contract with Plaintiffs on terms the parties never agreed to,” the brief reads. “It interferes with one of Wesleyan’s educational programs as well as its pursuit of equity and diversity, and runs roughshod over the University’s right to choose which organizations it trusts to house its students. This was a clear error of law and an abuse of discretion.”

The brief continues to argue that issuing mandatory injunctions has been historically unfavorable in Connecticut courts. It also states that the court went against the law in attempting to rewrite contracts for third parties. Lastly, it points out that this injunction violated public policy and undermined the University’s academic freedom.

“Plaintiffs alleged that Wesleyan promised that they would have three years to coeducate….” the brief reads. “Plaintiffs’ theory seems to be that Wesleyan’s announcement and subsequent negotiations somehow modified the University’s right to terminate the Standards Agreement for any reason. No reasonable juror would agree. Had Wesleyan promised to modify the Agreement, one would expect to find evidence of that intent.”

The appeal continues to expand on this position.

“The University announcement did not mention any specific fraternity, use the word ‘promise’ or ‘agreement,’ or say it was altering the contractual relationship between the University and the fraternities,” the brief reads. “It was a policy announcement. Even Plaintiffs’ extensive evidence of Wesleyan’s private, internal deliberations about the co-education policy does not show any intent to modify the termination provisions of the Standards Agreement or extend it to three years.”

The appeal also refutes the fraternity’s “land grab” theory, asking why the University would go through extensive legal work in court, simply for the sake of obtaining the DKE house.

“The idea that Wesleyan would go through the agonizing process of considering how to deal with the issues swirling on campus at the time, engage in months of discussions with the Board of Trustees and various campus constituencies, and announce and implement a new policy—with all of the difficulties that entailed—simply to mislead DKE and put itself in a better position to acquire DKE House, is absurd on its face,” the brief reads. “If Wesleyan wanted DKE out of Program Housing, it could have simply terminated with no explanation.”

The brief goes on to more thoroughly address the claims of detrimental reliance. It states that there is no evidence of damage that occurred from preparing and submitting a coeducation plan, no evidence of damage from DKE’s discussions with Rho Epsilon, and that no one from either DKE or KLC spent money on the alumni survey that was sent out in an effort to see how former DKE brothers thought about responding to the University’s coeducation policy.

“Finally, the record shows that Plaintiffs could have easily avoided any detriment,” the brief reads. “Plaintiffs could have embraced the policy, and submitted a plan that committed to equal access and inclusion, rather than a ‘minimalistic’ plan that avoided proposing anything Wesleyan ‘might find acceptable,’ that was conditioned on demands Wesleyan couldn’t accept, and that insisted Wesleyan had no ‘authority whatsoever to mandate’ co-education.”

This leads to the third and final part of the appeal’s argument: that the trial court’s jury instructions were erroneous and require a new trial.

“The trial court should have instructed the jury to apply the substantial unjustified injury test,” the brief reads. “Had it done so, the jury would have found that Plaintiffs could have reasonably avoided injury by complying with the co-education policy, rather than trying to defeat it.”

In the conclusion of the appeal, the University rebukes the entire verdict and suggests other options should the court not see fit to revoke the verdict.

“If the Court concludes that there is sufficient evidence to support liability, it should nonetheless vacate the mandatory injunction as unwarranted, unlawful, and in violation of public policy,” the brief reads. “Finally, in the alternative, the Court should vacate the injunction and the jury verdict and demand for a new trial because of the trial court’s instructional errors.”

In an email statement sent to The Argus, after the University made this appeal, Breitbord expressed his desire to move past the last four years of confrontation with the University administration.

“As I’ve stated many times, we are ready and willing to have substantive discussions with the university to resolve this situation,” he wrote. “Absent these substantive discussions, we have begun to implement the coeducation plan in accordance with the judge’s previous ruling. We have also begun the renovation process so that 276 High street will once again be able to house Wesleyan students, both male and female, by the fall of 2019. We have committed significant funds to this effort.”

Further in his statement, Breitbord questioned the length and meaning behind this four-year long debate between KLC and Wesleyan.

“We still don’t understand why this continues,” he wrote. “Not only has the university, to date, burned through over $1,200,000 in penalties and their own legal costs, but also eschewed up to $4,500,000 of potential tuition income (3 yrs x 30 beds x $50,000/bed) if the house was filled with students. The students and the university would be better served applying those funds elsewhere.”

Along with the brief appeal that the University disclosed to The Argus via email, Rubenstein provided a statement.

“Above all, Wesleyan is committed to ensuring the health, safety, and well-being of its students, and to guaranteeing equal access and full participation in all aspects of the residential educational experience,” she wrote.

Camille De Beus can be reached at cdbeus@wesleyan.edu.