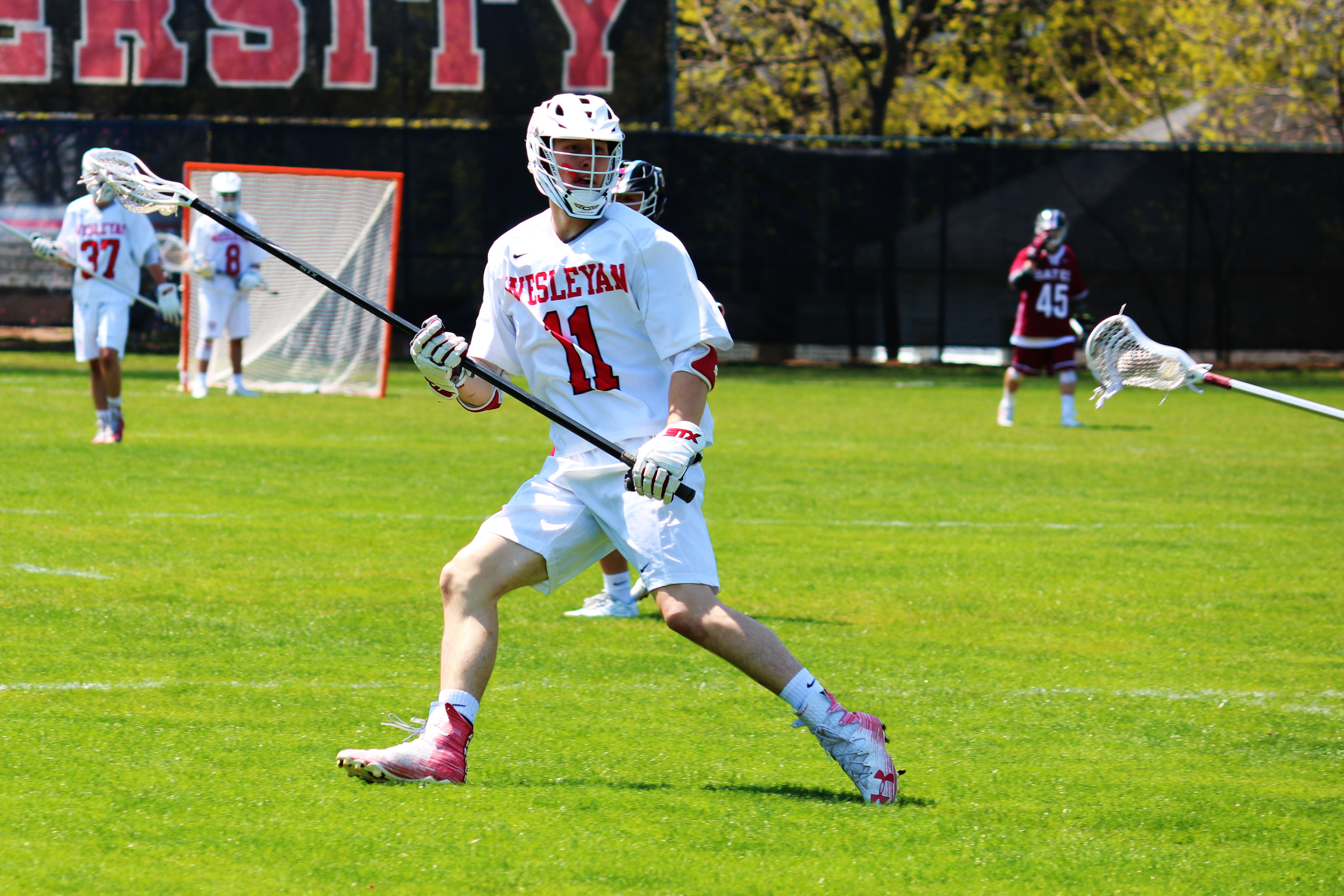 The postseason is underway and the Cardinals are flapping their wings, preparing for takeoff. Last week, I expressed doubt about the strength of men’s lacrosse considering the new players. This week, my fears were put to rest. The Red and Black soundly defeated the Bates Bobcats to advance past the first round of the NESCAC Tournament.

Previously, the team had secured the number one rank in the NESCAC, tied with Tufts and Amherst. The Birds faced Bates—who tied for the seventh spot with a 4-6 record conference record—to begin their postseason. The 16-11 Wesleyan victory was predictable, and inside the numbers, a few impressive facts emerge.

The Dirty Birds won 24 face-offs to the Bobcats’ 7, as face-off specialist Zach Zavalick ’20 won 15 out of 17. He also gathered a game-high 11 ground balls. Overall, Wesleyan scooped up a whopping 54 ground balls to Bates’ 21. The trouncing didn’t stop there.

Three goals in a game for an individual player is known as an impressive feat in lacrosse. More impressive is that Ronan Jacoby ’21 and Cole Turpin ’18 each had four goals. Another outstanding statistic is that five different players scored four points or more (which include goals and assists). The team hasn’t cracked under the pressure of the postseason. In fact, they seem sharper than usual.

“I’d say that we’re really clicking on all cylinders right now,” Turpin said. “We look very efficient and play our best lacrosse with our backs up against the wall which is what the postseason is. One loss and the season is over. We really look forward to applying the pressure to any team that steps into the birdcage this weekend.” 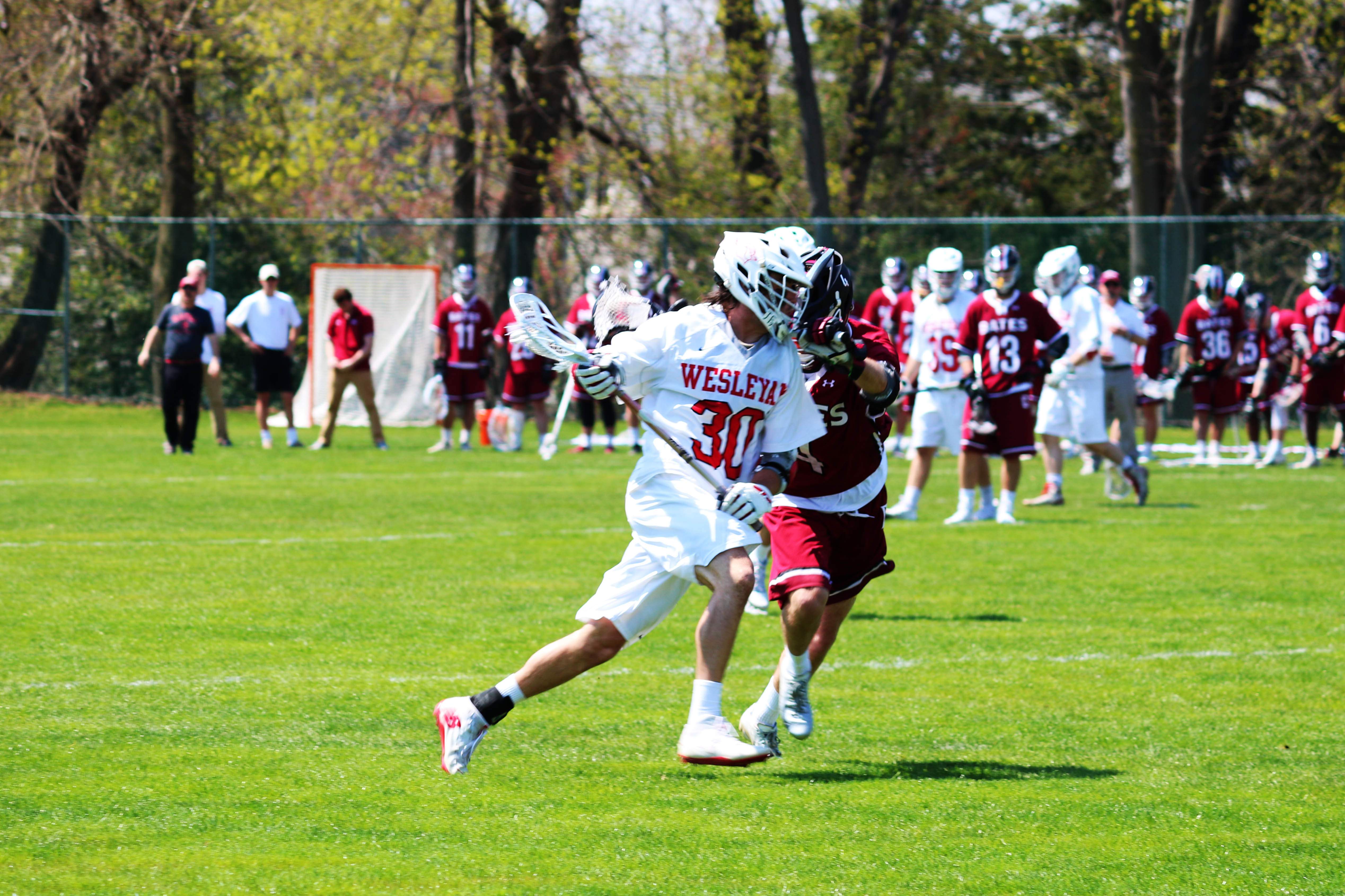 Turpin, who recorded six points against the Bobcats, indicates in his comments that the pressure has strengthened the team, rather than weakened it. And though the Bobcats had a losing record this season, they had a chip on their shoulder for this game.

“We beat them earlier in the year and ended their historic season last year, so we knew that they would come out fired up and ready to play,” Christian Barker ’19 said. “We did a great job playing hard from the first whistle and held a comfortable lead most of the game.”

Barker is referring to Bates’ 14-game winning streak last season. The Bobcats finished 16-2, ending their season with a loss to the Red and Black. It seems that history has repeated itself this season. And if this trend continues, then the Dirty Birds should feel comfortable next week facing number four Williams.

The Birds haven’t lost a game in Middletown since 2016. They’ve won 21 in a row at home, and they hope to keep that up on Saturday. The NESCAC Semifinals are coming to Jackson Field on Saturday, where Wesleyan will face Williams, followed by Tufts against Amherst.

Assuming the Cardinals prevail against their Little Three rivals, the squad will face another number one seed, presenting the most daunting challenge all season. Either team would be an exciting match. Amherst is a mammoth-sized challenge and Tufts already presented a jumbo problem for the Red Birds earlier this season. Though Amherst fell to Wesleyan earlier this season, they’re still one of the best teams in Division III lacrosse. The Cardinals are not backing off, however. 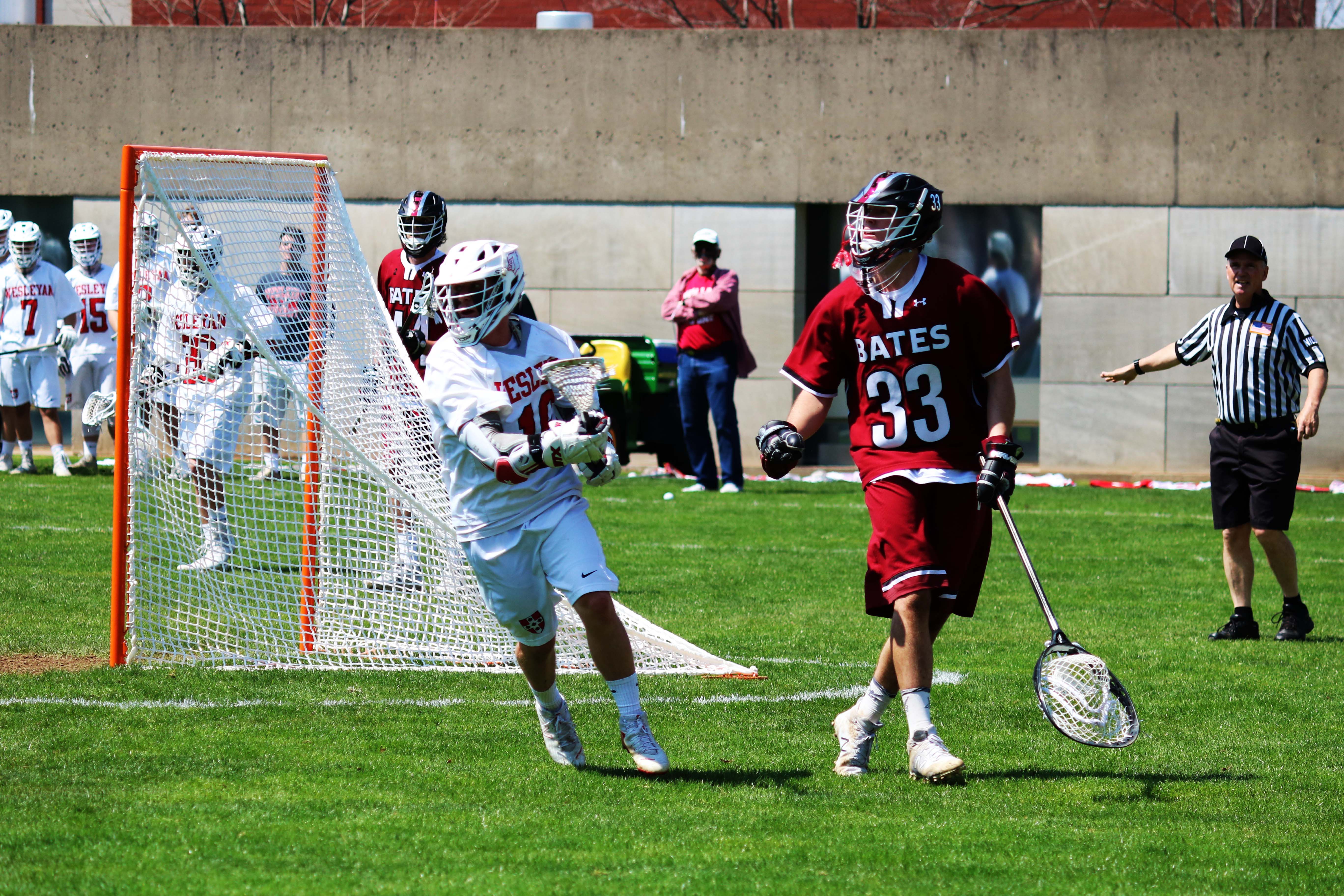 “We want to make sure that we’re playing at a championship level for every playoff game,” Barker said. “Especially this year with so many seniors on our team, we need to play our best so this isn’t their last opportunity at something special.”

Turpin added on by commending the fans, to whom he attributes the Cards’ continued success.

“We always hear them out there and it gives us so much energy,” he said. “Props to all the Wesleyan students that come cheer us on. It really helps.”

The team will look for the support of those fans at noon on Saturday, May 5, when they face the Ephs on Jackson Field.