Are You There, Kanye? It’s Me, Connor. 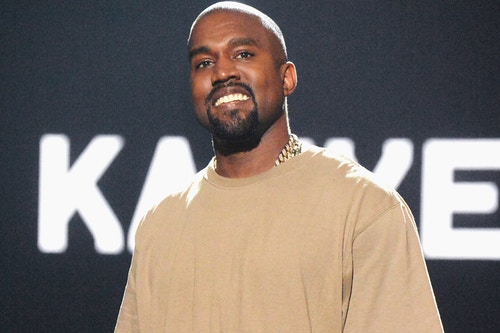 The best quote ever spoken on PBS was “George Bush doesn’t care about Black people.” It’s also the most radical sentence ever aired on the network. The show-stopping words leapt from the mouth of Kanye West in 2005 during a fundraiser for Hurricane Katrina victims. These few words, as they passed the lips of the most famous Black musician then, marked a point in history for the United States. West ripped open the closet door of white America and threw its skeletons at the foot of the president.

West’s words spoke to the structural racism that allowed for the slow death of Black people in New Orleans. It seared the Bush administration for its ignorance and seeming apathy for the suffering of people and deficient emergency response in the flooded city. But it wasn’t an endorsement of Democrats either—West’s comments transcended simple party politics. It was a genuinely radical statement, which is why the two tracks he released last week are truly bizarre.

The first track, “Lift Yourself,” starts out amazingly with a sample from Amnesty’s 1973 song “Liberty.” The song takes its time, building slowly. The instrumental slowly overpowers the sample, ramping up for West’s verse. And then West says, “Poopy-di scoop/Scoop-diddy-whoop/Whoop-di-scoop-di-poop/Poop-di-scoopty/Scoopty-whoop/Whoopity-scoop, whoop-poop/Poop-diddy, whoop-scoop/Poop, poop/Scoop-diddy-whoop/Whoop-diddy-scoop,/Whoop-diddy-scoop, poop.” That’s the whole song. What does it mean? Is it a joke? Perhaps West is just trying to troll everyone.

The other track he released is nauseatingly terrible. “Ye vs. The People (starring TI as the People)” starts with another compelling beat and instrumental. But shortly after the track commences, West engages in a clunky dialogue with TI, addressing West’s relationship with Donald Trump. Forgetting the content of his lyrics for a second, this is a difficult listen because TI and West go back and forth, line-for-line. I suppose the idea of rhyming with each other is interesting, but this song structure is the audial equivalent of rapidly crossing and uncrossing your eyes. And some of the West’s lyrics don’t even fit the beat. Several times he awkwardly forces lines with too few syllables, resulting in a disjointed, awkward sound.

The content of “Ye vs. The People” is also similarly weird. I think West intended the song to be a grand defense of his recent friendship with Trump, but TI’s lines, which roast West for abandoning his radical politics, strike truer. West’s defense of himself relies on lambasting the state of polarized politics in the US. In West’s opinion, “Make America Great Again” had a negative perception (rather than being fundamentally bigoted) and by supporting it, he’s bridging a political divide and introducing people to new ideas.

West’s lyric, “All Blacks gotta be Democrats, man/We ain’t made it off the plantation” refers to his frustration with the backlash he’s received from supporting president Trump. On its surface, that line is bitingly true. The political system in the United States forces people to choose between two political parties, both of which may be undesirable. The two legitimate choices include Republicans (the most recent Republican president opened his campaign with unsubstantiated claims about undocumented immigrants as drug-dealing rapists). The other option is Democrats like Bill Clinton (Michelle Alexander and other Black studies scholars have criticized his “three strikes” laws and welfare reform as racist).

West’s answer to this is unity.

“You on some choosing side shit. I’m on some unified shit,” he says.

But he never considers the possibility that both sides are just wrong and there is no correct middle ground between them. His wholehearted embrace of a middle ground is a far cry from “George Bush doesn’t care about Black people.”

This is not a psychoanalysis of Kanye West. Plenty of people have done that, and I don’t know what or how West thinks (nor does anyone else). Calling West mentally ill is a way to discount him, though doing so is more tempting than ever. It’s more comforting to think that West lost his mind than to accept that he released a pair of awful tracks and endorsed Republican politics. But it feels backward to live in a world where Questlove wears a t-shirt that says, “Kanye West doesn’t care about Black people.”

Still shocked by West’s new song about poop, I listened to Kanye West’s “I Wonder” off of his 2007 album “Graduation.” He’s come a long way since this album, and he’s reinvented his sound and image multiple times. This recent transformation seems to contradict everything West used to stand for, including making good music. “And I wonder if you know what it means,” it asks me. With Kanye’s new tracks fresh in my mind, I must admit: no, I have no idea what it means.