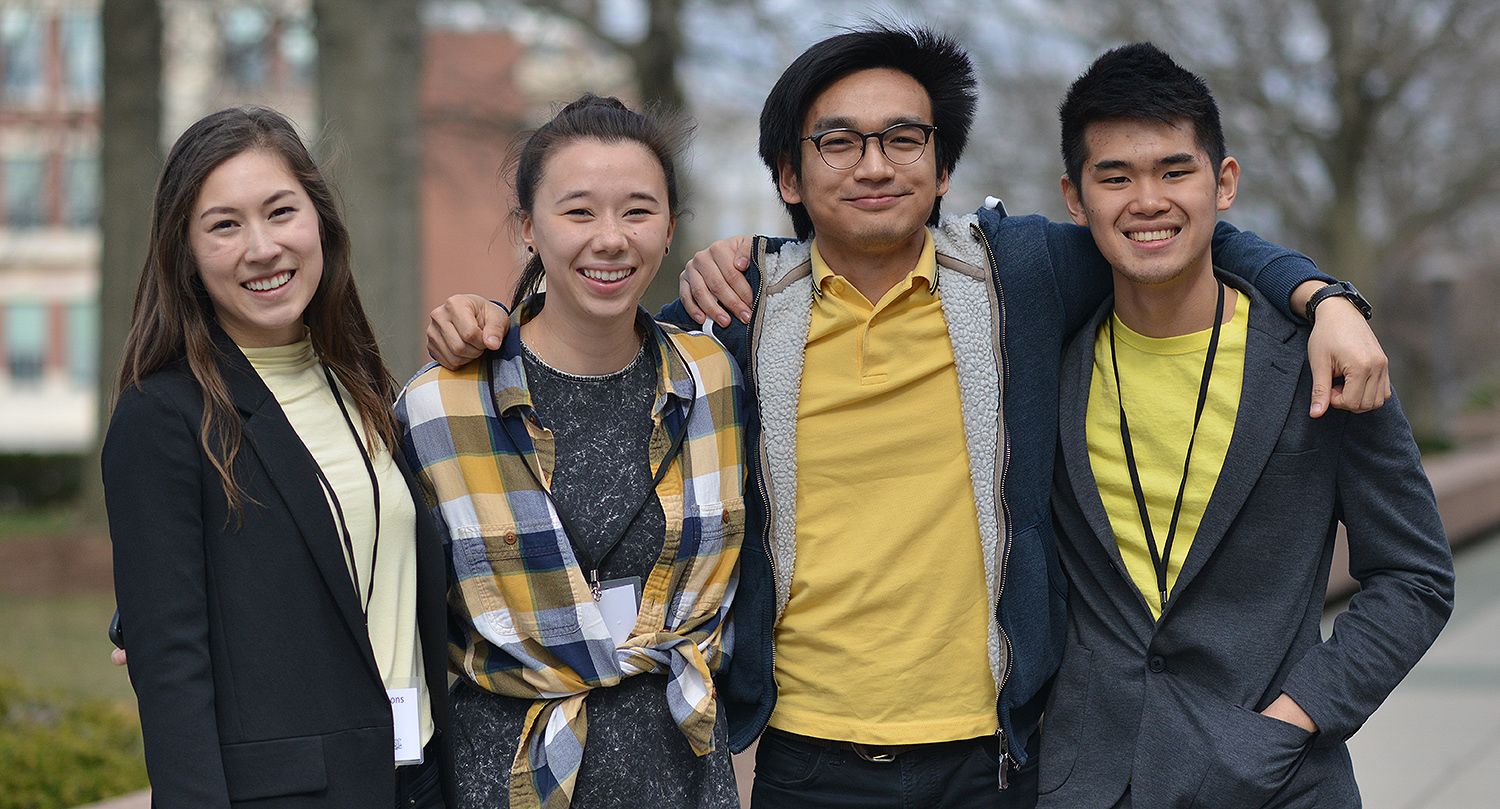 Over 70 students from six different New England universities came to campus to participate in DataFest, an annual analytical competition sponsored by the University’s Quantitative Analysis Center (QAC). This year, participants gathered in Exley Science Center Fishbowl from April 6 to 7 to develop and present creative, data-driven projects.

Student teams from Wesleyan, Yale University, University of Connecticut, Trinity, Bentley College, and Conn. College worked around the clock to analyze a complex dataset—consisting of over 17 million rows of variables—before presenting their findings to the judges: data scientist alums Agbon Edomwonyi ’16 and Melissa Mischell ’17, Pfizer’s Global Head of Statistics Rich Anziano, and University of Connecticut Professor of Statistics Ofer Harel. The teams who earned the top four prizes were awarded a medal, a certificate, 50 dollars, and a yearlong membership to the American Statistical Association.

The winning Wesleyan team consisted of QAC tutors Tiffany Coons ’18, Kelly Jamrog ’19, Carlo Medina ’18, and Fred Corpuz ’20. All four members were seasoned data crunchers, especially Medina and Coons, who competed in the two previous DataFests. According to Coons, much of their success came from a sense of familiarity among team members.

“Since we all work together in the QAC and, as a team, participated in DataDive in the fall, we knew how to work well with each other and what each person’s strengths were,” she said. “Very early on in the weekend, I had an idea of what we could do for a final project, and we all started working on components of it. Kelly and I worked on an interactive graphing tool that Carlos and Fred expanded upon.”

The team’s experience led them to win the award for Best User Insight, solidifying Wesleyan’s DataFest winning streak. For Coons, however, the win paled in comparison to the overall experience.

“I loved getting to spend all weekend doing something I love, working with data, with people I absolutely adore,” she said. “This year was the first year I walked into the presentation feeling confident and proud of the product we created, and the experience made me appreciate both the knowledge I have picked up and the friends I have met along the way. Of course, it also always feels good to beat Yale, UConn, Conn. College, and Trinity.”