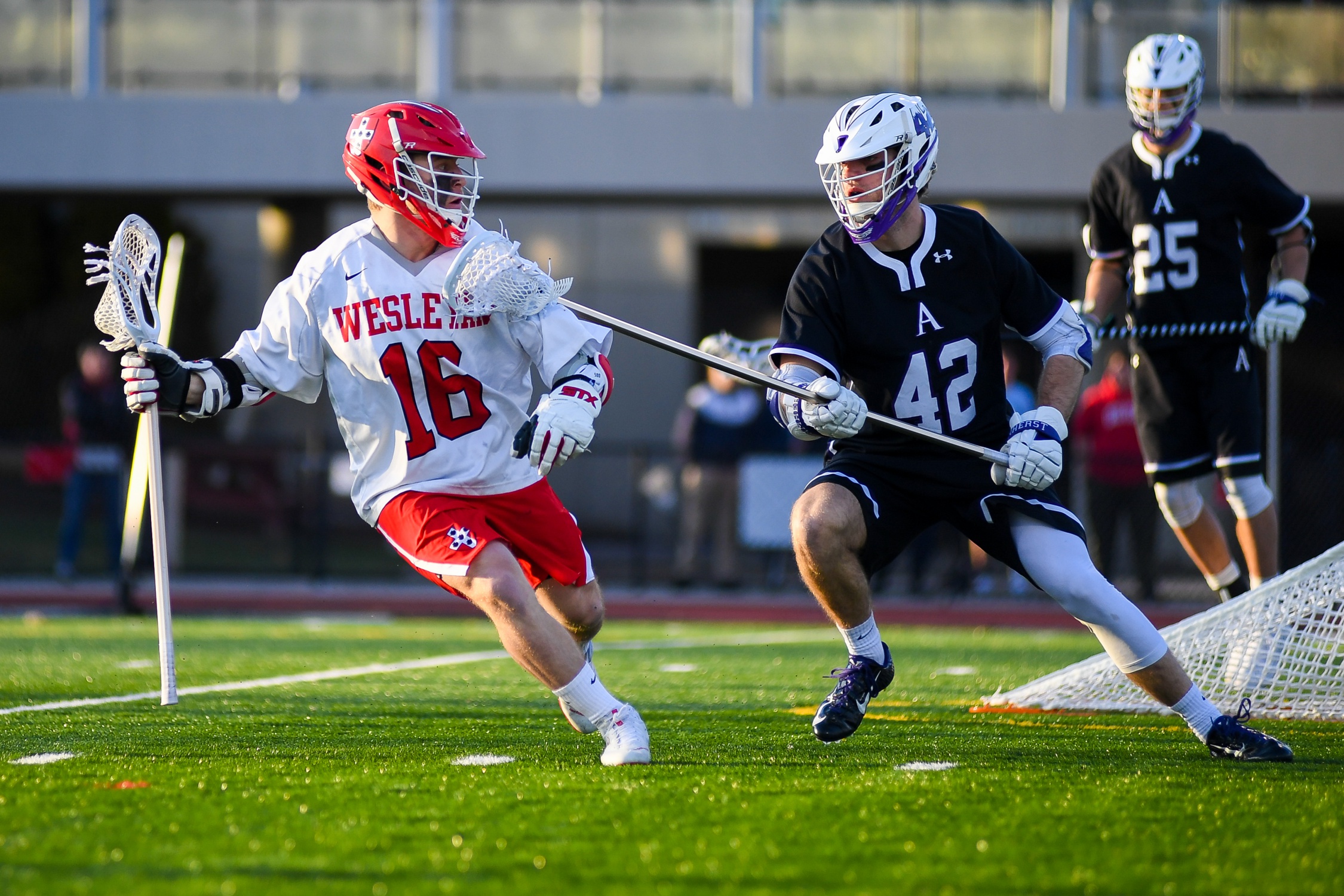 Men’s lacrosse soared past Trinity and Bowdoin this past week. The Cardinals are now flying toward the end of the regular season, promising to land in the playoffs. The rankings have shuffled around a bit in Division III, but the Cardinals remain in fifth place. With two games remaining in the season, it doesn’t seem likely that rankings will change much for the Birds between now and the start of the postseason.

On Tuesday, April 10, the Cardinals handily took down the Bantams. In this matchup, the Birds remained on top by being solid in every statistical category: They shot seven more times than the Bantams, recovered three more ground balls, and had three fewer turnovers. Trinity attempted to keep the game close, ending the first half trailing four goals behind the Cardinals. Their attempt failed, however, falling to Wesleyan 11-6.

The takeaway from the game against the Bantams is that the newer additions to the Cardinals are becoming integral to the success of the team. Otto Bohan ’20 made eight saves, with a 57 percent save rate. That’s actually below average for the sophomore goalie, who averages a 60 percent save rate for the season. For reference, the goalie for number one-ranked team, Rochester Institute of Technology, averages a 58 save percentage.

Ronan Jacoby ’21 is another key new addition to the team. Against the Bantams, Jacoby had six goals. He’s scored 37 goals over 12 games, averaging a hat trick per game. He also has 46 points, which includes assists and goals, and matches Harry Stanton ’18’s first-year season when he was the all-time leading goal scorer for the Cardinals lacrosse program. But the season has not even concluded for Jacoby, nor for a team that doesn’t seem to have any trouble incorporating new elements into the group.

“As far as how I feel, I fit in,” Jacoby said, “I’d say it’s extremely simple to do, the other players on the offense are all such phenomenal players that it makes my job easy. I also feel that our coaching staff has done a great job in letting us play to our strengths, which all adds up to how easy it is to play in our offensive system. Another thing that [Head] Coach Raba does is he treats everyone on the team equally, he doesn’t make anyone feel as though they are a freshman or less than someone else. This really helps us going into every game as you never know when your number is going to be called to make a play.”

Jacoby certainly makes plays when he’s called. He scored a hat trick against Bowdoin in the Cardinals’ most recent outing. The Birds sunk the Polar Bears by outshooting them enormously. It also helps to recover 37 ground balls when the opponent recovers only 28. The victory was sweet for the Cardinals because it coincided with Senior Day. One senior in particular had reason to celebrate: Stanton became the first player in Wesleyan’s history to score 200 goals.

“Being the first player to reach 200 goals is a really cool accomplishment,” Stanton said. “There have been a lot of amazing players who have come through this program, so to be at the top of a record list is pretty special. But overall, I try not to look too far into that stuff. I guess it just allows me to appreciate the fact that I have been able to stay healthy and play all four years at Wes.”

Stanton stays focused on the team effort rather than his individual performance. Looking to the postseason, he intends to draw on the team’s past experience to make a strong appearance at this season’s playoffs.

“We’re excited for the opportunity to make a deep postseason run,” Stanton said. “I think last year’s postseason run gives us experience heading into this years and we now understand that there is a next level that we have to rise to in order to beat a team like RIT.”

RIT remains at the top of the rankings, boasting an undefeated season so far. NESCAC rival Tufts fell from third place to sixth place. Amherst, a Little Three rival, moved in front of the Cardinals to the fourth-place spot. Wesleyan has downed the Mammoths once this season, proving they can compete with the strongest teams in the country. After games against Hamilton and Connecticut College, the Cardinals could be facing the Mammoths again. With veterans like Stanton and new stars like Bohan and Jacoby emerging, the best teams in the nation will want to avoid the Cardinals.