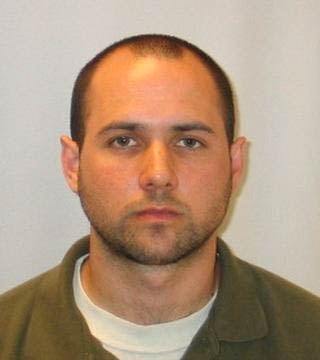 In 2009, Johanna Justin-Jinich ’10 was shot and killed while working an afternoon shift at Red & Black Cafe. Now, nine years later, the man responsible for her death could be transferred out of the maximum-security facility where he has been held for the past six years.

At his hearing on March 16, Stephen Morgan’s psychiatrists testified that the former naval officer who threatened and killed Justin-Jinich was ready for transfer to a lower-security facility. According to mental health professionals at the Whiting Forensic Division, Morgan, who was committed to the facility after being found not guilty by reason of mental disease or defect, has shown signs of progress that lead them to believe he could thrive in a lower-security institution. His destination would be Dutcher Hall, where he could earn special privileges, including the right to escorted visits into Middletown.

“A transfer out of Whiting would also put Morgan on a track to earn daytime leaves from the hospital to attend mental health counseling and, ultimately, to gain a conditional discharge, in which he could live full-time in the community,” reported Josh Kovner in The Hartford Courant.

Anticipating that the possible move could be decided at Morgan’s hearing, Justin-Jinich’s father, Daniel Jinich, penned an op-ed for the Hartford Courant, in which he detailed his continued grief and mourning.

“Johanna’s death haunts me every day,” Jinich wrote. “The possibility that her killer could be released from custody and live the life he denied Johanna is intolerable.”

Jinich cited his doubt about the credibility of the institution’s decision, given their record of mismanagement; last year, ten staff members were arrested for patient abuse, and 35 more were fired. In addition, 48 staffers were identified as having some role in perpetuating abuse.

“Why should we trust an organization that is in total disarray?” Jinich asked the board at Morgan’s hearing.

“Even his defense attorney at trial recommended that he be confined for 45 years,” Roth said in an interview with The Hartford Courant. “We remember with visceral horror and fear Mr. Morgan’s journal wherein he detailed visits to the ‘beautiful and smart’ people at Wesleyan, and that he thought it would be ‘okay to kill Jews and go on a killing spree’ at our university. Our community cannot escape the reality of his presence just over a mile from our campus.”

While Connecticut Valley Hospital has formally applied for Morgan’s transfer, a hearing on the subject is not expected until later in the summer. The psychiatric board, which is responsible for over 150 people acquitted on the grounds of insanity, must approve all transfers, as well as any privileges granted to patients.

According to Middlesex State Attorney Peter McShane, his office is strongly opposed to the possibility of a transfer, and will resist the approval of any such measure when Morgan’s hearing is held.