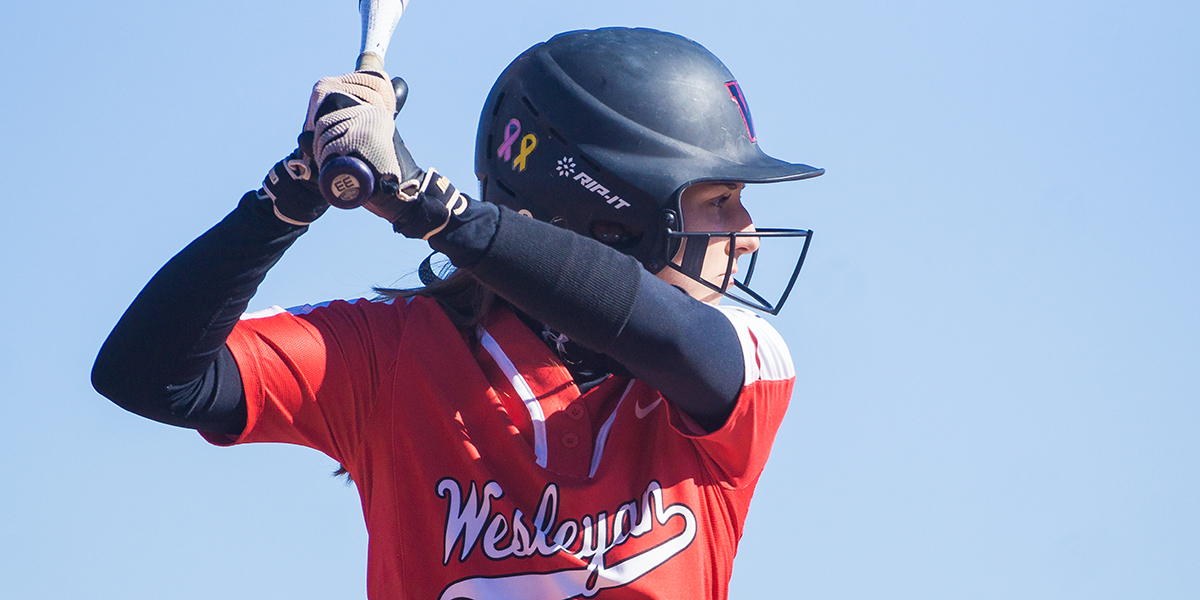 Wesleyan softball returned from a sunny Floridian spring break to a barrage of rain and snow, a fitting welcome back to Connecticut. After claiming an 8-5 record, the team’s past few weeks have gone downhill, with seven straight losses in tough NESCAC and non-conference play. The team’s schedule hit hard with several last-minute rescheduling instances due to the weather, as well as many close matchups against top teams in all of Division III softball. Williams and Amherst are currently ranked 16th and 17th in the nation, according to NCAA rankings. Despite the struggles, the Cardinals still have 13 games to go, giving them plenty of time to get back on their feet—and hopefully, the sun will come back out to stay.

The team’s first NESCAC competition hit at the end of March with a doubleheader on Saturday the 31st. The Dirty Birds came in strong, taking a 2-0 lead to start after first-year Danielle Rinaldi scored on an error and senior captain Julie McDonald drilled an RBI single to score Brenna Monroe ’21 from second. Wes held its lead for the next five innings, McDonald giving up no earned runs on nine hits. She also recorded seven strikeouts and no walks. Despite the team’s defensive edge, the Mammoths took power in the sixth with three runs. The Cardinals weren’t able to close the small gap, finishing the game with a 3-2 loss.

With a chance at redemption, Wesleyan fell in the second game of the day, slipping early as Amherst took a 3-0 lead in the second. The score remained stable until the sixth, when the powerhouse ’CAC competitor scored seven runs. The Red and Black attempted to start a come back with a run from first-year Katy O’Connor, who scored off McDonald’s RBI single and 100th career hit. Yet with such a lead to overcome, the team failed to follow through and left the field in 10-1 defeat.

Although it seemed fortunate to get away from top NESCAC matchups, Eastern Connecticut State University proved to be no easy competitor for the Cardinals. The doubleheader on Thursday, April 5 began with tense extra innings after a 2-2 stalemate. After the seventh inning, NCAA rules state that a runner (the team member who made the last out in batting order) is placed on second base at the beginning of each new inning. In the eighth, Rinaldi was on second; senior captain Rielly Wieners walked to first while first-year Marina Williams sacrificed a bunt to move Rinaldi in scoring position. Rachel Curran ’20 then hit an RBI single to move the team to a 3-2 advantage. Eastern Connecticut State responded quickly, and the teams went back and forth to the 10th, when Wesleyan was unable to score before the conversion. The Warriors, however, were able to score their fifth run, and took the first victory of the day at 5-4.

Just as in the pair of games against Amherst, Wesleyan lost their momentum after a first close game. Eastern Connecticut State dropped six runs in the first two innings and held the lead until the sixth inning. A bit of hope gleamed for the Cardinals as sophomore Jo Jo Diaz grabbed a run for the Cardinals, but unfortunately Diaz’s plate would be the only one of the game.

Back in NESCAC competition only two days later, Wes suffered a slew of three tough games against Williams. The first and only run of the day came in the first inning of the opening game as Rinaldi took home from Wieners’ single. Hits beyond the first inning were few and far between, with only 4 in the next 11 innings of the day. Williams finished the first game on a 5-1 high but only went upward as the day continued. In the next matchup, the Ephs slammed four out of the park, with six runs in the first inning and a total of 12 by the fifth. Due to the mercy rule, the game ended there with a 12-0 defeat for the Cardinals.

Unfortunately, a good night’s sleep didn’t do much for the Red and Black, as they were bested once again during the Sunday matchup. Williams took an early 3-0 lead in the first, and Wesleyan responded in the second with a run from Wieners after a groundout to second by first-year Brenna Monroe. The Ephs, however, picked up seven more runs in the bottom of the second, taking their lead to 10-1. The Cardinals managed two more runs in fifth after a single from McDonald and a home-run from Rinaldi, decreasing the deficit to 10-3. Yet the Ephs weren’t quite finished and came back with one more run for the road, ending the weekend with an 11-3 loss for the Dirty Birds.

Head Coach Jen Lane believes the team’s biggest challenges this year have been their schedule and the weather: most of the NESCAC teams are ranked highly in the nation, and the weather has forced the team not only to reschedule, but also to practice indoors during the week.

“Since being back from Florida, we’ve only practiced outside three times, and the rest have been in the field house,” Lane said. “Softball is made to played outside, and while the field house is a great facility, we really need to get out on our field to work on many things.”

Despite the team’s struggles, Lane has faith in the team for the rest of the season.

“Going forward, we want to continue getting better every day,” she said. “Our goal is the make the NESCAC tournament, which is an attainable goal. We need to continue to work hard and improve upon the mistakes we’ve been making thus far into the season.”

McDonald, one of the team’s captains and star players, echoed Lane’s optimism.

“Our team has been most successful this year in supporting each other on and off the field,” she said. “We’ve worked together for some awesome team wins and have done a great job of picking each other up after tough losses. Personally, I’ve been able to keep batters pretty off-balance with my pitching this year. With the help of some great defensive work behind our pitching staff, our team’s [earned run average] has been pretty low throughout the season.”

The team will continue their season with NESCAC competition on Saturday, Apr. 14, with a home doubleheader against Bates.