Campus Crypto Culture: Bitcoin and Beyond 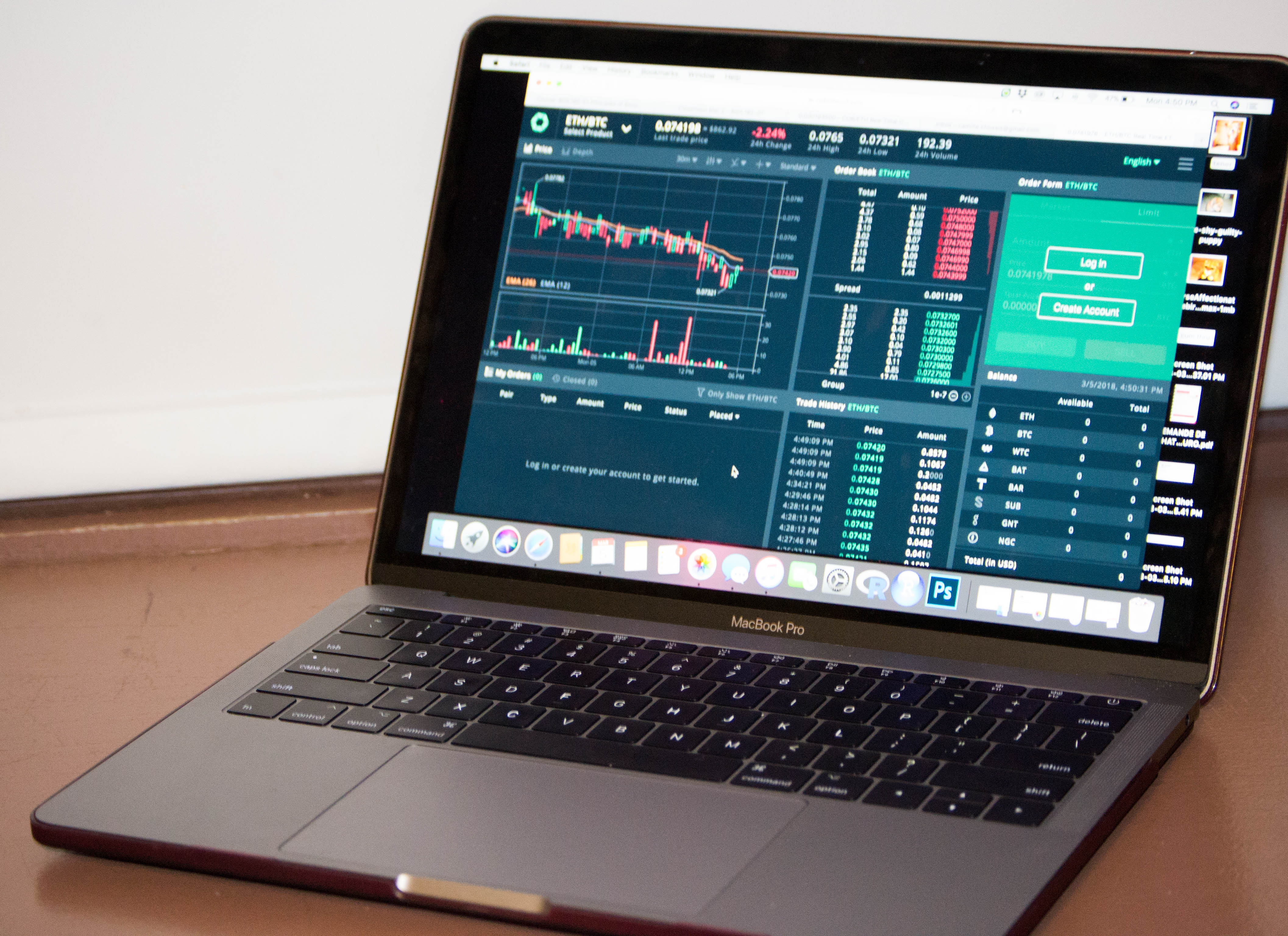 When Bitcoin’s worth soared in mid-December 2017, it seemed as if the cryptocurrency was all that anyone on campus wanted to talk about. At Wesleyan and around the world, individuals who had never invested before put money into Bitcoin. For some, the Bitcoin phenomenon presented itself as a “get rich quick” scheme—that actually worked—while for others, it served as a valuable opportunity to enter the world of investment. Apart from a minority of fervent Bitcoin ideologues, Wesleyan students, by and large, got involved out of a fascination in how cryptocurrency and other decentralized currencies work.

People on campus have had varying degrees of success in their investments. The Argus talked to multiple students about Bitcoin, three of whom invested—Alexander Olvera ’20, Kofi Ofori-Darko ’20 and Jack Ginsberg ’20—and were willing to speak about the cryptocurrency world.

Bitcoin’s history is a complicated one. The cryptocurrency was founded in 2009 by an internet user who goes by the name of Satoshi Nakamoto. (The individual’s—or collective’s—identity remains unknown). Unlike traditional payment networks or credit transfers, the Bitcoin network is not run by a single entity but, rather, by the users. The system operates on a decentralized network of computers around the world that monitors all Bitcoin transactions, similar to other collective commons networks such as Wikipedia. The blockchain, which is a separate technology often associated with Bitcoin and other cryptocurrencies, records all Bitcoin transactions that these computers within the system are constantly updating.

Bitcoin only began to make national headlines once it was first recorded as having a value in 2010, and, by and large, it stayed fairly low in value until 2013. From 2013 to 2017, its value increased from about $20 to $1,000, and from there the value rose exponentially. After it peaked in mid-December at around $19,000, the value went down by more than half over the next two weeks and has since been steadily rising again.

Entry Into the World of Cryptocurrency

We first asked students how they found out about Bitcoin and what their experiences of investment had been. Each spoke to a different means of discovery of the cryptocurrency that culminated in the same way: investment.

Olvera: “I didn’t get into finance and investing until my senior year [of high school], so that’s when I really heard about it. People were saying that it was not worth it, to get into it, but I kinda saw it as a way to get rich fast. Everyone was investing, and people didn’t really know what it was because it’s not regulated…. And it’s also if you don’t really know what you’re doing, [as] I feel like [it was] with most people investing and buying Bitcoin…that’s what caused the bubble to burst. So that’s what I saw. I bought one Bitcoin, it gave a huge return, and I sold it when it hit the peak, so I was lucky enough to really make enough out of it.”

Ofori-Darko: “I first heard about Bitcoin probably my sophomore year of high school. Didn’t give it too much thought, and then my first year here at Wesleyan, Bitcoin really started to boom—I believe it hit $3,000 equivalent at that point. I really started to pay attention to it some more because I definitely thought that Bitcoin had the potential to disrupt the way we look at currency and trade and run our economies.”

Ginsberg: “I initially heard about Bitcoin about three years ago by reading an article on Vice, but, at the time, I was a little apprehensive about getting involved because I just wanted to learn more about it. Then last year, in the spring, as part of the Wesleyan Investment Group, I listened to a presentation on blockchain, which is the underlying technology Bitcoin uses, and then I started to become more interested in Bitcoin and cryptocurrencies as an asset class in general, so I began to do more research. I, at first, only saw it as an interesting phenomenon. I didn’t see any future in it personally for investing or as a currency in general, but after doing more research and understanding the core principles behind it and the differentiation between different types of coin, I realized it was more nuanced than just successful or not successful.”

Bitcoin was especially popular as a conversation topic on campus in the winter of 2017. But in certain arenas—particularly in the Wesleyan Investment Group, of which Ofori-Darko is a member—it was relevant before the craze. Students spoke to the campus culture, or lack thereof, surrounding cryptocurrencies.

Olvera: “I went to some meetings [of the Wesleyan Investment Group], and they briefly touched on some cryptocurrencies, but it’s not something that they would be really interested in investing in because it’s not really something you’re sure about. It can change so fast, even with people talking about it, that really does impact the value of the currency just because no one understands it.”

Ginsberg: “On campus, I try to not follow it that much because I have other things to do, and I view it as a long-term investment for me…. I see it as a mix of a few things: one, as an intellectual exercise for learning how crypto markets work as a burgeoning and yet nascent market, and also I see it as something that is intriguing and interesting to understand.”

Ofori-Darko: “I think the rise of Bitcoin and cryptocurrencies has definitely opened people’s eyes up to money. Because there are a lot of people on campus who I would never envision talking about trading, who are like ‘Kofi, should I buy Bitcoin?’ and I’m like, ‘I don’t know, do you want to buy Bitcoin?’ I think that it can really open up a potential for college students to start thinking about making investments, trading, and that can open up a potential for them realizing they can start saving money, and that can really take you places.”

As an antidote to the trackable and regulated U.S. dollar, Bitcoin offers a more private and volatile method of purchasing. The currency has specifically been associated with the Dark Web, an underground area of the internet, and has also been the draw of tremendous amounts of electrical energy. Other forms of cryptocurrency, such as Ripple, have also gained popularity. We asked students about the moral implications of such currencies.

Ginsberg: “For me, I see cryptocurrency as having the ability to solve certain types of problems—for example, Ripple targets the ability to transfer money from one country to another at a much faster pace and with less fluctuation in price change, so that solves a problem that exists in the world today. So something like that that can actually change the way the world works made me rethink and see that cryptocurrency could be something here to stay.”

Ofori-Darko: “When you really think about it, even our U.S. dollar isn’t backed by anything. The technology behind Bitcoin—to be able to make purchases, and the lack of tracking behind it—makes it a lot easier to make purchases, and I think for people who are interested in really protecting their privacy, it can be a really great way of purchasing things.”

What’s next for Bitcoin? It’s a question to which nobody seems to know the answer, even those who have invested. In spite of this, as a final question, we asked students for their thoughts and speculations as to where Bitcoin might end up.

Ginsberg: “I think there are a lot of people who really believe of underlying in technology to create a world economy devoid of commitment to a specific state government or a government-backed currency, but generally speaking now that’s it’s become more commercial, there are a lot of people who are just interested in knowing how it works and maybe making a little money here and there. I don’t personally think Bitcoin is sustainable, which is why I switched from Bitcoin—because it’s not the best technology anymore.”

Ofori-Darko: “It’s difficult to speculate. I think it goes back to [the fact that] Bitcoin really started rising in price, and then you had people who had never really invested money before, who were thinking ‘I can make quick cash,’ but then volatility caught up with Bitcoin, and the people who had never invested money before didn’t know what to do, and that ended up further increasing volatility, so it’s really difficult to say what the future is gonna be.”

Olvera: “For me, that was my entry point into really the financial world and being able to invest—Bitcoin, that’s how I started, and then after that I just used that money that I made to invest in other things, stocks, studying and getting to know how it actually worked. So that was really my entry point. And it is true, people don’t really invest and have a way of saving money, they make the money and use it up…right off the bat, so as millennials we should really think about how to save our money, especially for retirement in the future.”