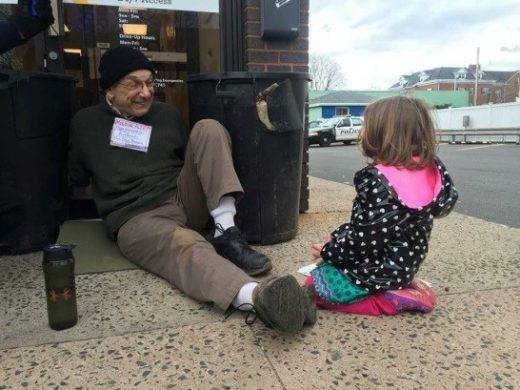 A Facebook event hosted by the Dragonfly Climate Collective was created to rally those who knew Lancia, and had protested with him against the Wells Fargo bank’s funding of DAPL and other fossil fuel infrastructure in April 2017.

Grace Wong ’18, was one of the University students at the Wells Fargo protest last year with Lancia. Wong and other students who went to Lancia’s the court on Thursday felt that this was an action they needed to follow up on.

“At the action last spring, we stood against Wells Fargo for their participation in funding DAPL, hoping to highlight the settler colonial forces that continue to displace indigenous peoples,” Wong wrote in a message to The Argus. “Today, as we support Vic, we draw attention to the role of the police as a primary force undergirding a settler colonial structure that devalues indigenous and Black lives.”

May Klug ’19 added to this sentiment about Lancia.

“He’s a super active and inspiring member of the community,” Klug wrote in a message to The Argus. “We want to help defend his right to take political action.”

According to the Facebook event description, Lancia, a 76-year-old man, was arrested on Feb. 20 as a result of the aforementioned protest at Wells Fargo, nearly a year ago. At the protest, Lancia locked himself to concrete barrels in order to prevent anyone from entering the front doors of the Middletown Wells Fargo branch.

“At the time, police were unable to extract him and made no arrests,” the Facebook event page read. “Wells Fargo reportedly requested police action, and this explains why almost a year later as [Lancia] walked down the street Tuesday, a police officer approached him, pulled out a badge, and arrested him.”

As of Feb. 20, Lancia had been charged with four misdemeanors: breach of peace, disorderly conduct, trespassing in the second degree, and interfering with an officer. The event page read that Lancia was released only on a surety bond.

However, according to Klug, who went to court on Thursday morning, Lancia told everyone to go home because his charges were being dropped.

Wong, who also went to court for Lancia, confirmed this.

“We were told today that Vic’s charges were probably going to be dropped,” Wong wrote. “However, after we left there was information circulating that this is not the case, and we are still waiting to hear back on the next steps of [Lancia’s] case. It is hard to confirm right now what is happening right now the state attorney is contacting Wells Fargo to see what they want to do.”

“There was a fairly large group of Wesleyan students at the Wells Fargo protest who received no legal action,” Klug wrote. “Only [Lancia did], which we saw as both an uneven application of the law and also proof that [Lancia] was being targeted for his general political action.”