University Will Not Penalize Applicants for Walkout-Related Suspensions 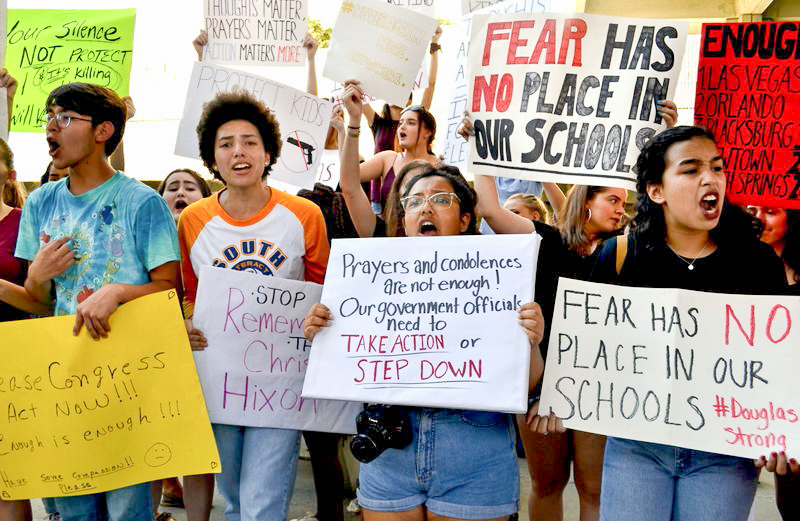 On Thursday, Feb. 22, President Michael Roth ’78 announced in a blog post that applicants’ walkout-related suspensions would not affect admissions decisions.

“Wesleyan students have a proud tradition of civic engagement, and the university supports students’ rights to peaceful protest,” reads the statement from the Admissions Office. “The admission committee reviews the details of any suspension reported by an applicant, and a suspension for peaceful protest on issues of public concern would not impact an admission decision in any way.”

Roth also took the opportunity to assert his position on gun control, express frustration with government responses to mass shootings, and voice opposition to concealed carry legislation. He recalled the 2009 gun-related death of student Johanna Justin-Jinich. The shooter was not immediately apprehended, and the University warned students to stay inside for over a day after the incident, causing many to leave campus until they were assured of their safety. Roth reflected on the grief and pain that her killing brought to the Wesleyan community 10 years ago.

Wesleyan has joined a growing list of universities across the nation to announce such a policy in the wake of the shooting at Marjory Stoneman Douglas High School on Feb. 14 that left 17 people dead. Survivors of the attack have been extremely vocal since the tragedy, calling on representatives and the public to fight for change in gun-control laws and organizing a rally on March 24 in Washington, D.C. High schools began telling students and parents that walkouts would result in disciplinary action, which would appear on transcripts sent by student applicants to higher education institutions, prompting responses from various universities.

It appears that Massachusetts Institute of Technology (MIT) was the first institution to address the problem, doing so in a blog post on Feb. 22.

“We have already informed those who asked that, in this case, a disciplinary action associated with meaningful, peaceful participation in a protest will not negatively impact their admissions decision, because we would not view it as inappropriate or lacking integrity on its face,” wrote MIT Dean of Admissions and Student Financial Services Stu Schmill. “We have long held that students should not make decisions based on what they think will get them into college, but instead based on values and interests that are important to them.”

Hannah Reale can be reached at hreale@wesleyan.edu or on Twitter @hannahereale.