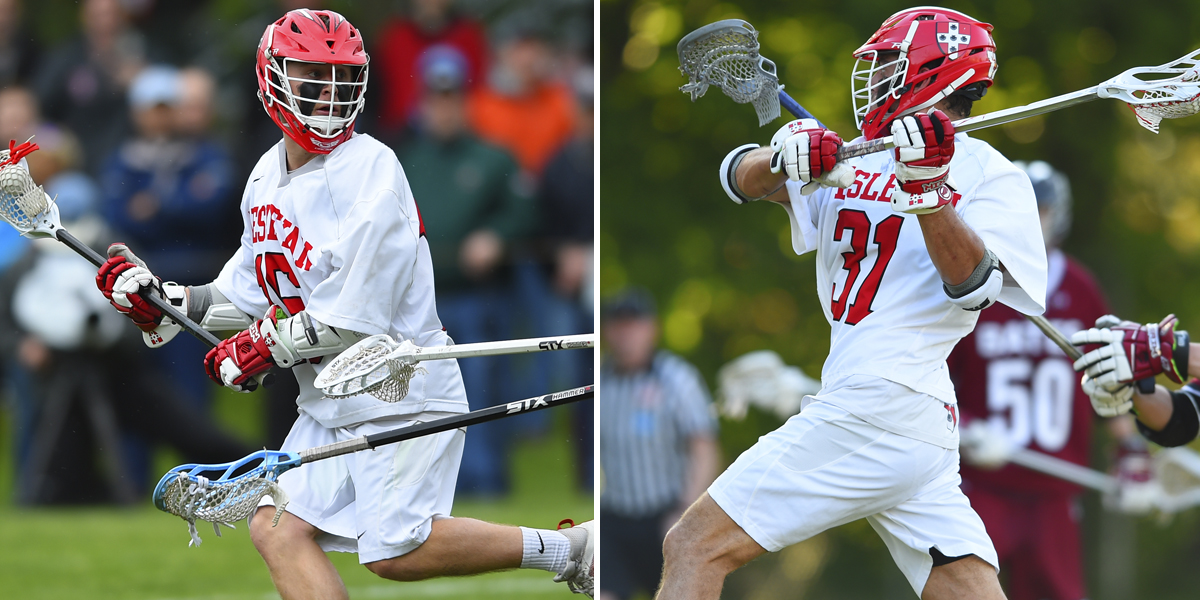 Winning the NCAA championship may be the lofty goal of every college sports team, but for the Cardinals’ men’s lacrosse team, that may not be far out of reach.

“Our senior class has been through thick and thin together,” midfielder Taylor Ghesquiere ’18 said. “Nothing would be sweeter than closing out our career with a national championship.”

Last season, Wesleyan advanced to the Final Four of the NCAA championship before losing to the second-seeded Rochester Institute of Technology (RIT). The previous year was a historic run for the program, but this year the team has the ingredients to top last season. The Nike/US Lacrosse preseason rankings agree, placing Wesleyan in the first-place spot among all Division III schools.

Wesleyan’s preseason dominance comes from many strong returning players, whereas other teams in the top ten will have to replace many players who have graduated. Star returning players include Ghesquiere and attackman Harry Stanton ’18. The pair are on United States Intercollegiate Lacrosse Association’s (USILA) player of the year watch list—a list that only includes 12 players from around the country.

Despite making the list, Stanton is staying focused on the team’s success rather than his potential to win the award.

“I’d be lying if I said that doesn’t fire me up and excite me,” Stanton said. “However, I’m honestly not too worried about it. I know if I play my game at my highest ability, then I’ll be doing what my team needs me to do in order to win.”

Reflecting Stanton’s team concentration, Ghesquiere diverted attention away from himself and onto the talent of his teammates.

“I think it’s a cool honor,” Ghesquiere said. “However, I really think it’s more of a testament to the success we had as a team last year. We had a bunch of guys receive All-American and All-NESCAC honors too, which is further proof of that. I’m just focusing on this year, and helping to bring the team to new heights.”

To say that the team earned accolades last season is an understatement. Seven players earned All-American honors, five of whom are returning for the 2018 season. Head Coach John Raba was named the Division III Coach of the Year by the USILA. Former goalie Ted Bergman ’17 was named Goalie of the Year. Stanton outscored the entire NESCAC with 115 points and set a program record with 86 goals.

The team broke several records to earn those accolades. Stanton is 90 points short of a program record. He also ties the University record for most goals in a game with eight. The records don’t stop with Stanton either. Carter Hawthorne ’19 and Ghesquiere are two of the highest point-scorers in the program’s history. Hawthorne destroyed the assist record with 55 assists last season.

This success comes at a price. There’s an added pressure on the Redbirds this season now that every team knows what they’re capable of. Stanton spoke about the pressure the team feels and how they’re dealing with it.

“This year is a little different as we are pre-season ranked number one and number two in certain polls and will definitely have a target on our backs,” Stanton said. “However, we embrace the pressure. We’re an experienced team with great energy and a level-headed mentality. We have to manage the highs and the lows of the season and just come to practice every day with a mindset to keep getting better.”

Several players expressed an eagerness for the upcoming season but also a level-headedness for the road ahead. Beyond the next season, the Cardinals have a pool of talent to carry the program to new heights in the future.

“We reload our entire offense and almost our entire defense, but we’ve also had a bunch of younger guys stepping up and making every practice really competitive,” Ghesquiere said.

Midfielder Cole Turpin ’18 shared the same sentiments about the depth of the roster.

“We have 50 guys that, when any of them they step on the field, they are a threat,” Turpin said.

After the historic run of last year, the Cards look stronger than ever. The ultimate team’s goal is clear: win a Division III championship. But it’s hard not to speculate what records players will break on the path to a championship. Stanton summed it up perfectly.

“At the end of the day, winning a national championship with my best friends is far more important than winning player of the year,” he said. “But hey, those don’t have to be mutually exclusive.”