“Black Phoenix Rising” is a Testament to Black Vitality and Resistance 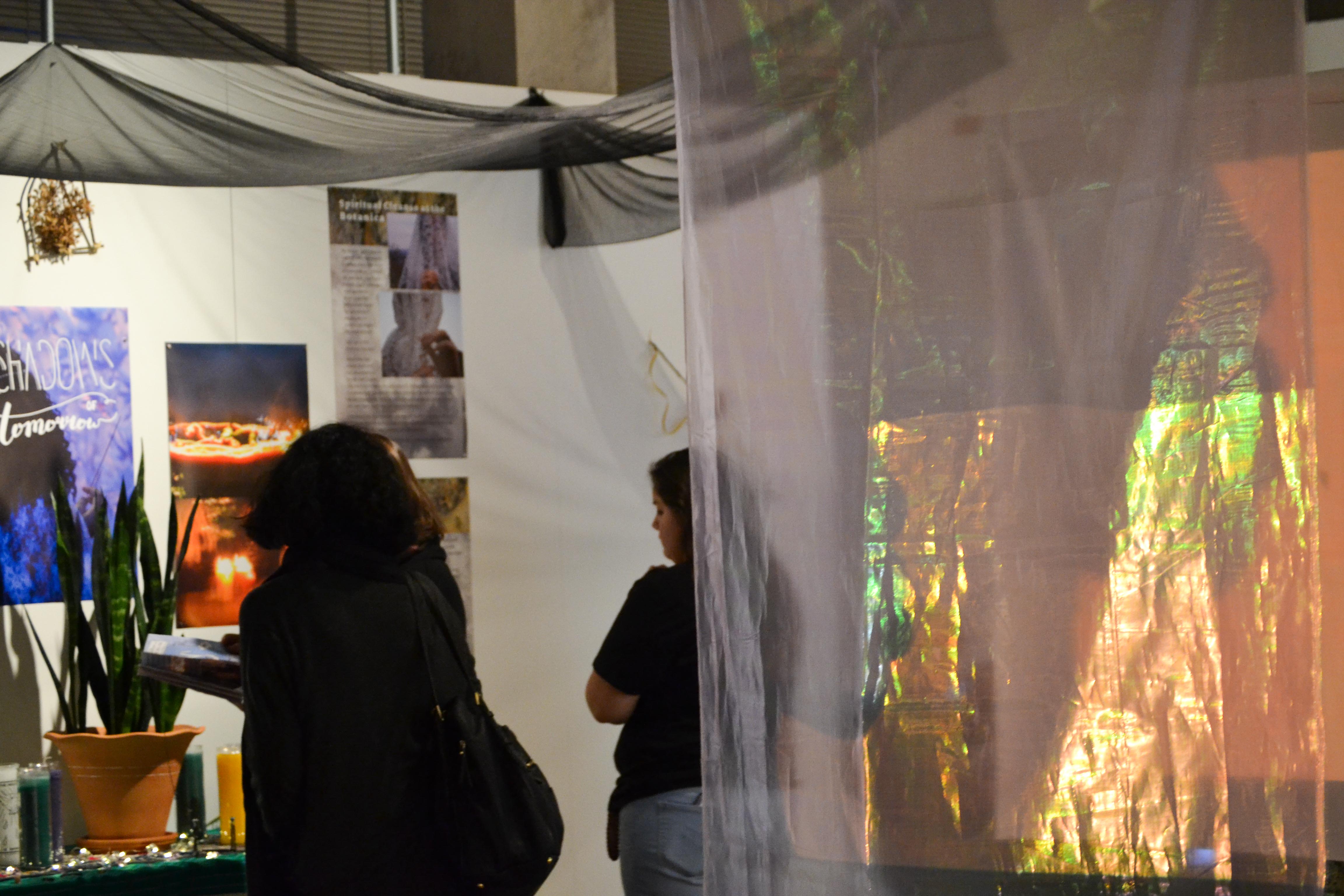 “A Black Phoenix Rising Art Experience” won’t be here for long, but it’s worth seeing while you still can. The exhibition, which opened yesterday evening and remains on display through this Sunday, is a collaboration between Associate Professor of African American Studies, Science in Society, and sociology Anthony Hatch; San Antonio-based artist Ernesto Cuevas Jr.; and students in Hatch’s Fall 2017 class “Black Phoenix Rising: Death and Resurrection of Black Lives.” The class studied the cultural and social institutions that justify the death and suffering of Black people and the ways that Black people have resisted such systems of oppression and reclaimed their lives.

The exhibition utilizes a number of different types of media—film, photography, sculpture, and even comic books—to address a wide variety of themes. In one corner of the room is a piece called “Ransom Notes,” consisting of a series of official-looking documents affixed to the wall. These documents consist of press releases, news articles, government reports, and other such texts, carefully rewritten to deconstruct common institutional narratives about Black lives. A fake report from the Center for Disease Control addresses the rise in “Black immortality rates.” A satirical advertisement mocks the University’s infamous This is Why fundraising campaign by describing the ways in which higher education remains inaccessible and elitist.

Another work, “Replanting Resistance,” consists of several sculptures of phoenixes hanging from the ceiling. These sculptures are created from leaves and branches and contain plant seeds. As the natural materials of the sculptures decompose, the seeds will fall and eventually blossom, creating new life from death and recalling the mythology of the phoenix, as well as the environmental aspects of racism.

These artworks and several others are carefully arranged to fill the entire room, overlapping both spatially and thematically. The result is a rich sensory experience that speaks to the complex and multifaceted nature of life and death as a Black person.

“I think a big part of diverting these conversations about what Black death is and subverting that gaze is just seeing that death is not the end of anything,” said Ainsley Eakins ’18, introducing the exhibition to visitors. “No matter how much struggle that we’re put through it’s just not the end and that’s not how life works.”

Eakins spoke further to The Argus about her experiences in Hatch’s class and the ideas that served as an inspiration for the exhibition.

“It was a really interesting class,” Eakins said. “Our first week we started with Mbembe’s piece on necropolitics and talking about subjectivity and blackness, and a lot of us felt like it was really pessimistic and just not the best outlook on what black death is. We weren’t really vibing with that piece at all…but then the next week we were assigned this book, “Futures of Black Radicalism,” and that book just really spoke to the class as a whole…. It was just about fugitivity and running away and not infantilizing that or saying that everything has to be a reaction to what white supremacy is but doing things for yourself and that being a fugitive act. And I think that was really the jumping-off point for where we all started to get really creative.”

Eakins also discussed the collaborative nature of the exhibition. The people behind the exhibition refer to themselves as the Black Phoenix Rising Collective, and none of the works are credited to a specific student.

“It was a process.” Eakins said. “It’s hard to get people to be collective, especially on a campus like Wesleyan, because everyone is sort of a weirdo and very much an individual. It’s important to fight against that individuation…and really work together and develop a creative vision. I think in the beginning there was a lot of pressure for everyone to have their own project and then combine it but what really happened, in the end, was some people had these great ideas and other people would just hop on and expand on that…it became really pure teamwork.”

Overall, “Black Phoenix Rising” is a remarkable feat. The students’ artistic vision and ability to distill academic concepts into emotionally charged and visually arresting artwork is impressive and makes for a memorable exhibit.

“I feel like we really listened to each other and fleshed out a lot of thoughts that are troubling and hard to talk about, but we did that and we made this out of it,” Eakins said. “I’m just really proud of all of us for putting this together.”