“Black Panther” Revitalizes the Superhero Movie with Imagination and Drama 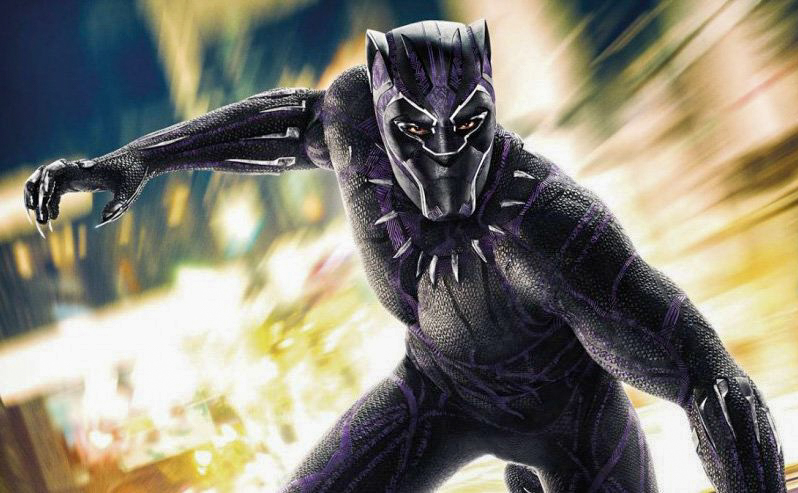 There’s no way “Black Panther” could ever live up to the hype surrounding it. It is the first film of the modern superhero era of the Marvel Cinematic Universe to have a Black protagonist, predominantly Black supporting cast, Black writers, and Black director (Ryan Coogler). “Black Panther” carries a burden of representing “Black cinema” in a blockbuster movie for both an American and global audience. There’s a reason why this movie has been met with so much anticipation, particularly from African American communities: such radical representation of Black narratives onscreen is an exception to the otherwise white-dominated film industry.

Yet high expectations have not turned “Black Panther’s” release into the kind of film that can’t help but disappoint people. It’s one of those times when going to see a tentpole movie actually feels important. Even outside of the hype and representation, “Black Panther” is not only a stunning superhero film, but a stunning film, period. It revitalizes the weary superhero genre with so much imagination and drama that it absolutely sets a new standard for any superhero film moving forward.

Fans were first introduced to Black Panther, otherwise known as T’Challa (Chadwick Boseman) in “Captain America: Civil War,” where he provided a regal presence to the otherwise wise-cracking members of the Avengers superhero team. In “Black Panther,” T’Challa assumes the throne of the fictional African country of Wakanda after the passing of his father, T’Chaka. Although Wakanda is passed off as a rural third-world country, this is all an elaborate ruse to hide the fact that it’s the most technologically advanced place in the world. Vast stores of the mystical element “vibranium” allow Wakanda to create towering skyscrapers, advanced weapons, and an impenetrable black suit for T’Challa to fight in.

This is all cartoonishly wacky, of course. The film is exactly what so many comic-book adaptations strive to escape: comical. But by embracing its ridiculous concept as a means to depart from reductive visions of Africa, “Black Panther” is free to let its imagination run wild. Wakanda becomes a fantastical intersection of both past and future, using African-inspired traditions, patterns, and bold splashes of color to create a scientific metropolis. It’s an Afro-futurist heaven and absolute visual spectacle. The representation of so many Black bodies on screen is only possible because of the incredible world-building behind the scenes, and this film boasts an impressive team of accomplished creatives. Hannah Bleachler (production design) previously worked on “Moonlight” and Beyonce’s “Lemonade,” Ruth E. Carter (costume design) mixes the modern with the traditional and has worked with both Ava Duvernay and Spike Lee, and Rachel Morrison (cinematography) has just become the first woman in history to be nominated for an Oscar for cinematography.

The presence of female creatives benefits the multitude of women who join T’Challa on his journey from freshly-made ruler to ardent defender of Wakanda. Shuri (Letitia Wright) is a playfully funny younger sister to T’Challa, who serves as the Q to her brother’s James Bond, running the tech-lab that provides him with his advanced weaponry. Okoye (Danai Gurira) runs the strikingly bald and badass group of women who protect the throne, the Dora Milaje. More well-known actors also get juicy roles. Lupita Nyong’o plays Nakia, a spy who infiltrates other countries, secretly helping other African women who are subject to the hardships from which Wakanda is free. Angela Bassett plays T’Challa’s mother Ramonda, with a solemness and warmth. All of these women engaging in leadership roles, pivotal to the intense battle scenes, and even arguing with each other over the fate of the country, make “Black Panther” leaps and bounds ahead of most Hollywood movies. Even “Wonder Woman” left its group of female warriors after its first act; here, the women are a part of the narrative for the entire runtime, and make the film a true ensemble piece.

There’s a lot of world to introduce within one film, which explains “Black Panther’s” longer runtime and sometimes lack of strong definition about the country in which it is set. An extended first act introduces the rules of this world. But the plot really kicks into action once Erik Killmonger (Coogler staple Michael B. Jordan) arrives, ready to challenge the leadership that has kept Wakanda as rich and isolated as it still is. As played by Jordan, Killmonger is an African American man highly angered by Wakanda’s decision to consistently ignore the suffering of Black people, from Africa to the diaspora. Unlike T’Challa, who has lived a life of privileged luxury in an African paradise, Killmonger was raised in L.A., and from a young age has lived to see the painful subjugation and systematic racism within America. There are pointed references to race riots, mass incarceration, and the brutal effects of slavery.

If Wakanda is a fictional Eden, creating the fantasy of an African population free from colonialism, Killmonger is a gut-punching reality to the film’s idyllic world. Although he’s been characterized as the “villain” of the narrative, I’m inclined to agree with critic Jelani Cobb that the real villain is “history itself,” with T’Challa and Killmonger presenting clashing reactions to Western influence. While T’Challa is willing to bring an American CIA agent (Martin Freeman) into his country in order to engage in peaceful negotiations, Killmonger advances a revolution to overthrow Western domination by arming members of the African diaspora across the globe.

The fight between tradition vs. modernity, subjugated vs. free, violent vs. peaceful, is reminiscent of the X-Men battle between Magento and Professor X over their status as “mutants.” While many saw parallels between the X-Men narrative and the civil rights discourse of Martin Luther King Jr. and Malcolm X, the fact that “Black Panther” has two Black men representing this struggle makes the film even more powerful. And narratively, it gives the film dramatic stakes that go beyond the usual, cliched struggles that many superhero movies are fine to skate by on. How the world responds to the atrocities of its history is a struggle that will perhaps never be resolved. The characters of “Black Panther” don’t settle this issue, but rather represent this struggle with dazzling action scenes and emotional debates. Coogler’s fight scenes take on a visceral quality, and he can pull back the CGI spectacle every now and then for some Shakespearean scenes of connection to ancestry and Hamlet-esque decision-making. His visual language is so strong, and his challenges to his protagonist are so overwhelmingly convincing that Coogler has created something strikingly singular: an undeniably Black, cathartic action movie.

Many people will walk out of “Black Panther” feeling finally empowered to see themselves represented so fully and complexly on the big screen. There will be plenty of laughs at how much this screenplay flips the script on racial dynamics typically seen in Hollywood, and many will blast the Kendrick Lamar soundtrack. But “Black Panther” is clearly born out of a place of great pain, and asks deep questions about history. Like “The Dark Knight” before it, this is the rare instance that corporatized, big-budget filmmaking can speak to a massive audience about real-world issues. This film has the potential to be more than just a movie. From aesthetics to representation, to politics, it’s so much more. It’s a movement.