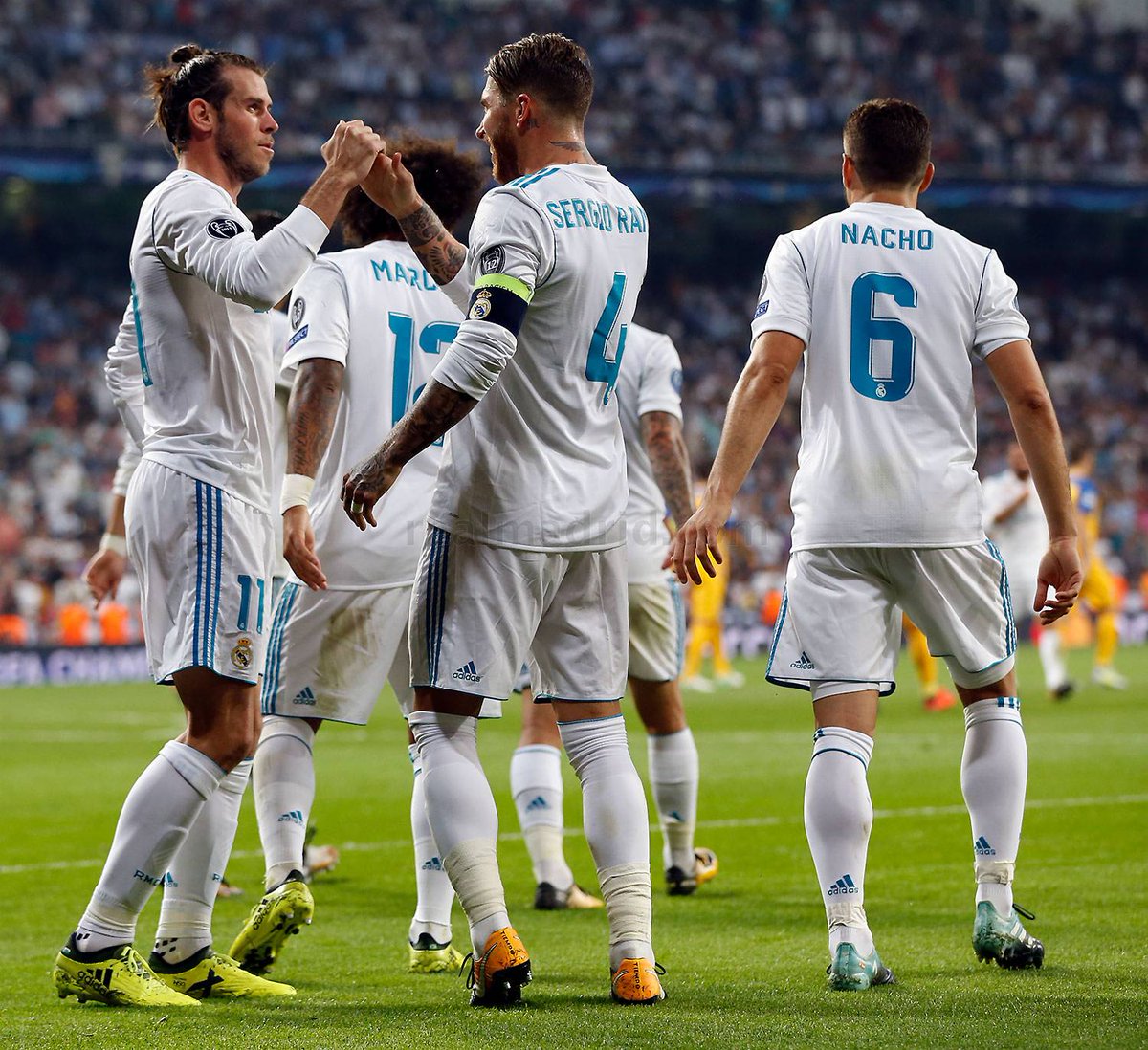 After a dizzying winter transfer window, the landscape of European club soccer has changed quite significantly since the beginning of the new year. Stars like Pierre-Emerick Aubameyang, Philippe Coutinho, and Alexis Sanchez have all changed shirts. In terms of domestic leagues, all but one title is completely up for grabs. Napoli is still holding a one-point lead over perennial powerhouse Juventus, which is looking to earn its seventh successive Serie A title. The UEFA Champions League (UCL) started up again this week, with 8 of 16 games played while this article is being written. Alongside two away blowouts wins for Manchester City and Liverpool, two massive fixtures took place in the past two days: Tottenham vs. Juventus, and the crown jewel of them all, Real Madrid vs. Paris Saint-Germain (PSG). Let’s take a look at Europe’s top ten clubs right now.

Watching Real Madrid this season, it was difficult at times to remember that they were the reigning La Liga and Champions League winners. They played out of the Copa Del Rey and now sit at an unfamiliar fourth in La Liga. However, their last two results have some signs of a significant turnaround. Cristiano Ronaldo silenced his critics with a hat trick against Real Sociedad and a pair of goals past PSG, showing that there is still a lot left in the tank. Although the La Liga title seems out of reach with Los Blancos sitting 16 points behind leading Barcelona, their 3-1 win against one of Europe’s best clubs will bring some hopes to their Champions League campaign and keep Zinedine Zidane’s job somewhat safe, at least for now.

After going down two goals by Gonzalo Higuain’s right foot within ten minutes, Tottenham seemed to have completely collapsed. However, they slowly settled down, dominated, and managed to claw back for a 2-2 draw, capturing two vital away goals going into the second leg at Wembley Stadium. Despite dropping to some low points in the league, they’ve also enjoyed successes against the likes of Manchester United and derby rivals Arsenal. Oh, and they have Europe’s top scorer Harry Kane, who is proving himself to be one of the best players in the world. Things are looking up for ’Spurs.

Winning against Malaga with their favorite scoreline of 1-0, Atlético has closed some of the gap between themselves and Barcelona at the top of the table. Recently signed Diego Costa has already paid off dividends by being named the league’s player of the month for January. If they can continue their run of form, Barcelona needs to look out.

Juventus has been dealing with a number of injury issues to some of their key players, including formidable attacker Paulo Dybala. Their performance against Tottenham amounted to pure capitulation, looking unorganized in the latter stages of the match. Despite their UCL performance, Juventus’s back line has looked as solid as ever, keeping 12 clean sheets in their last 13 Serie A games. And that’s with a 40-year-old goalkeeper. We will just have to see how their injury issues play out until the end of the season.

Much of recent discussion about Liverpool has centered on the emergence of striker Mo Salah, who has been on fire this season. But one could make the argument that Liverpool has one of the most formidable front lines in Europe. Yes, there is room for improvement. Their leaky back line hasn’t immediately improved with the infusion of Virgil Van Dijk. Otherwise, they are still the only team to beat Manchester City this year and have looked unstoppable at their best.

Anointed Ligue 1 champions before the season began, PSG seems to be in no trouble with respect to their domestic campaign. But the likes of Neymar and Kyllian Mbappé were not brought in just to win the League. The PSG project did take a bit of a hit after a loss to Real Madrid. They looked a bit over the place, despite some impresses glimpses from Neymar. Paris can still take home the league with a convincing win at home, but it may take another year for the great Parisian experiment to come to fruition, unless the rumors are true and Neymar jumps ship to Real Madrid in the upcoming year.

Napoli has simply been fun to watch. Last weekend’s 4-1 romp of Lazio just goes just to show that, with two particularly sublime goals from José Callejón and Dries Mertens. They have won eight games in a row in Serie A; although they are no longer in the Champions League, they look like one of the best teams in Europe. With Juventus being hampered with injuries, this is really looking like Napoli’s season to lose.

Jupp Heynckes, who took over for Carlo Ancelotti back in October of last year, has taken Bayern back to a familiar spot: 12 points clear at the top of the Bundesliga table. Perhaps the biggest surprise for them has been the resurgence of loanee James Rodriguez, who has taken a starring role in the squad. Moreover, all of Bayern’s recent success has occurred without legendary goalkeeper Manuel Neuer. As they play Besiktas in the next round of the Champions League, they are surely the favorites and should go through easily to the next round.

What a season Man City has had: 16 points clear at the top of the Premier League table and rolling over the likes of Napoli in the Champion’s league. They’ve got skill all throughout the team to truly rival any other in Europe; Bernardo Silva easily slotted in for Leroy Sané when he was injured. Recent signings Aymeric Laporte and Fred, who will be joining in the summer from Shakhtar Donestk, will strengthen an already loaded squad. 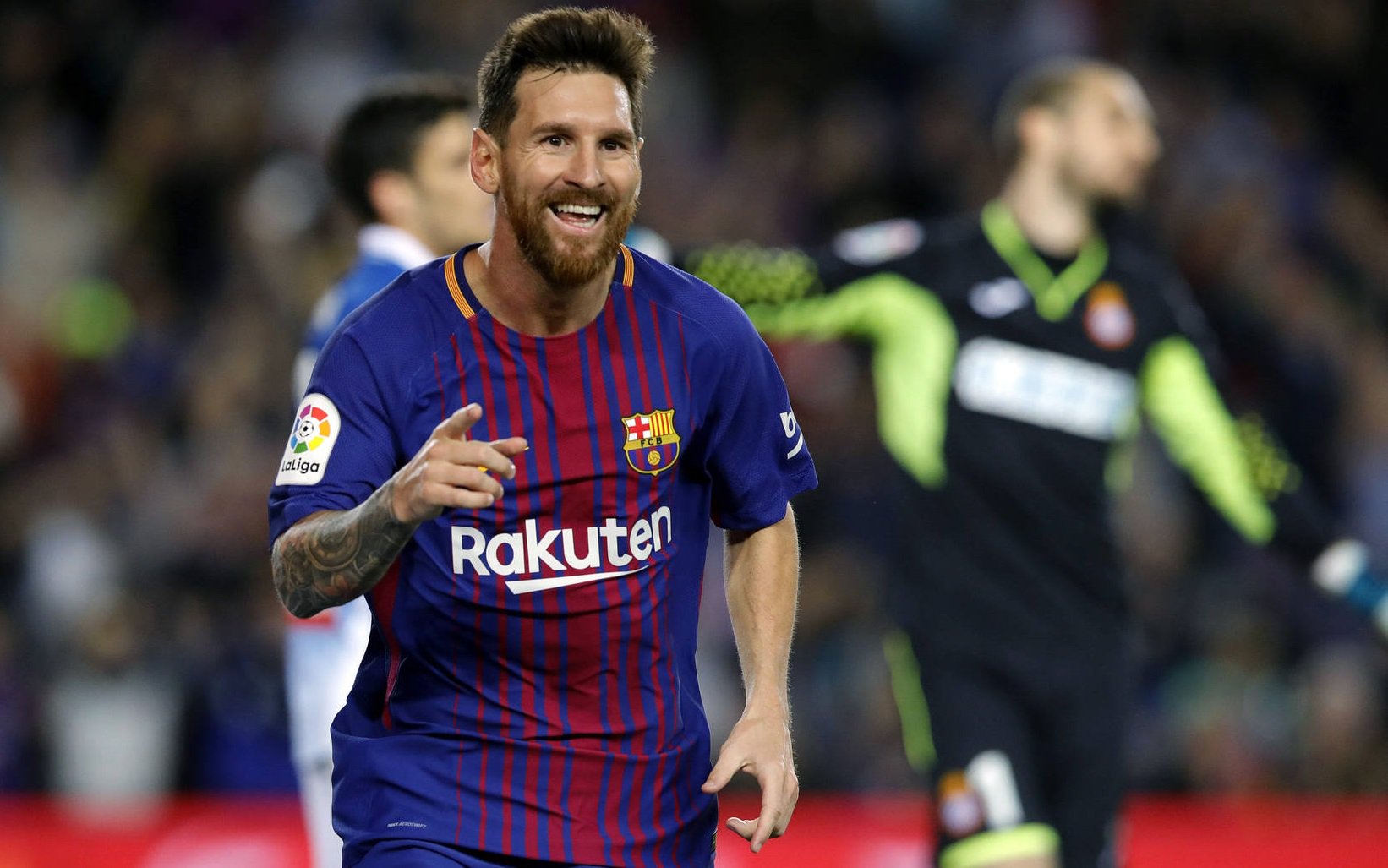 Barcelona has drawn their last two La Liga matches, which puts Atlético Madrid in striking distance of the top of the table. However, this can certainly be attributed to a new crop of players, including Philippe Coutinho, learning how to gel with the side. At the end of the day, they remain unbeaten in La Liga, in the final of the Copa Del Rey, and they will be playing a slumping Chelsea side in the Champions League next week. Ernesto Valverde has done a fantastic job this year of making the most out of his players, so there’s no reason yet to think that the Barca machine is slowing down anytime soon.

Toby Wertime can be reached at twertime@wesleyan.edu.