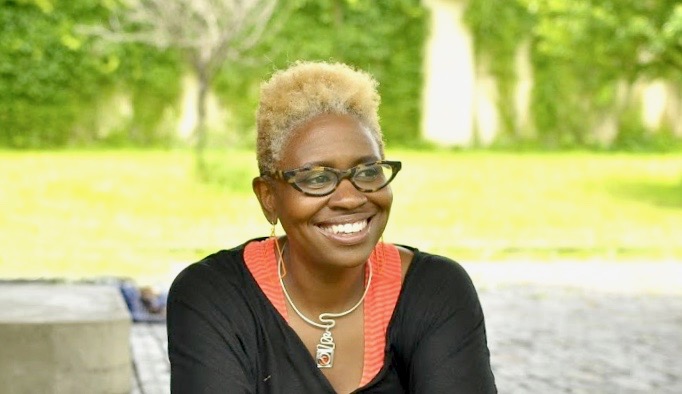 The commemoration began with a welcome from Resource Center Director Demetrius Colvin and the MLK Commemoration Committee. He described how we, as humans, have work to do socially and politically.

Colvin then introduced Antonio Farias, Vice President for Equity & Inclusion. Farias discussed unity and the importance of coming together as a means to move forward.

“I want to talk about how we critique without dismembering each other,” Farias said. “How we navigate upon our weaknesses, our privileges, our power, and how we can be blind to the alliances that we necessarily have to take advantage of if we are going to continue to survive as a people.”

Natasha Guandique ’20 approached the stage next. She presented an audio recording of an excerpt from Rev. Dr. Martin Luther King Jr.’s Wesleyan Baccalaureate Address from June 7, 1964.

Dr. Joi Lewis, CEO and Founder of Joi Unlimited Coaching and Consulting, began her speech by talking about Black agency and love, especially during Black History Month. She described how all historical reform movements emanated from a place of love and joy, and that’s what needs to be carried forward.

“I do want to be sure if you get one thing from my talk today—even if you don’t get anything else—I just want to be clear. Even though I have not met most of you in my life, here’s what’s true: I love you, and I know that you love me. Because that’s what’s really true about who we are as human beings.”

She continued by discussing her personal life, describing the love, admiration, and influence she feels from her grandmother, mother, and fourteen-year-old niece. They all taught her that one must learn to experience love and joy simultaneously, and that neither can ever be turned off.

“Even though they were born at very different times, it feels like it’s still the same,” Lewis said. “Both came as teachers to me. I tell my niece Dallas all the time that she’s one of my biggest mentors. She reminds me to play; she’ll be like, ‘Can you put that phone down? Can you be here?’ And they taught me how to hold joy and pain at once.”

Lewis carried forward the theme of contradictions, the crux of her speech.

“This is the legacy of Martin Luther King,” she said. “[He and his contemporaries] questioned. They smiled, they laughed, and they cried and pushed and screamed and held contradictions. This legacy of contradictions is what we have left to hold.”

She concluded by talking about the upcoming film “Black Panther,” the power of representation for Black individuals, and the imagination of a better tomorrow.

“So, many of us are excited for the premiere of ‘Black Panther’ tomorrow no?” she said. “We so need this ‘Black Panther’ movie. We need things that cause us to imagine that there are other worlds. We are the manifestation of our ancestors’ dreams, including Dr. King’s, but we must continue to dream, imagine, and create other worlds.”

The event was then followed by a reception at Malcolm X House.