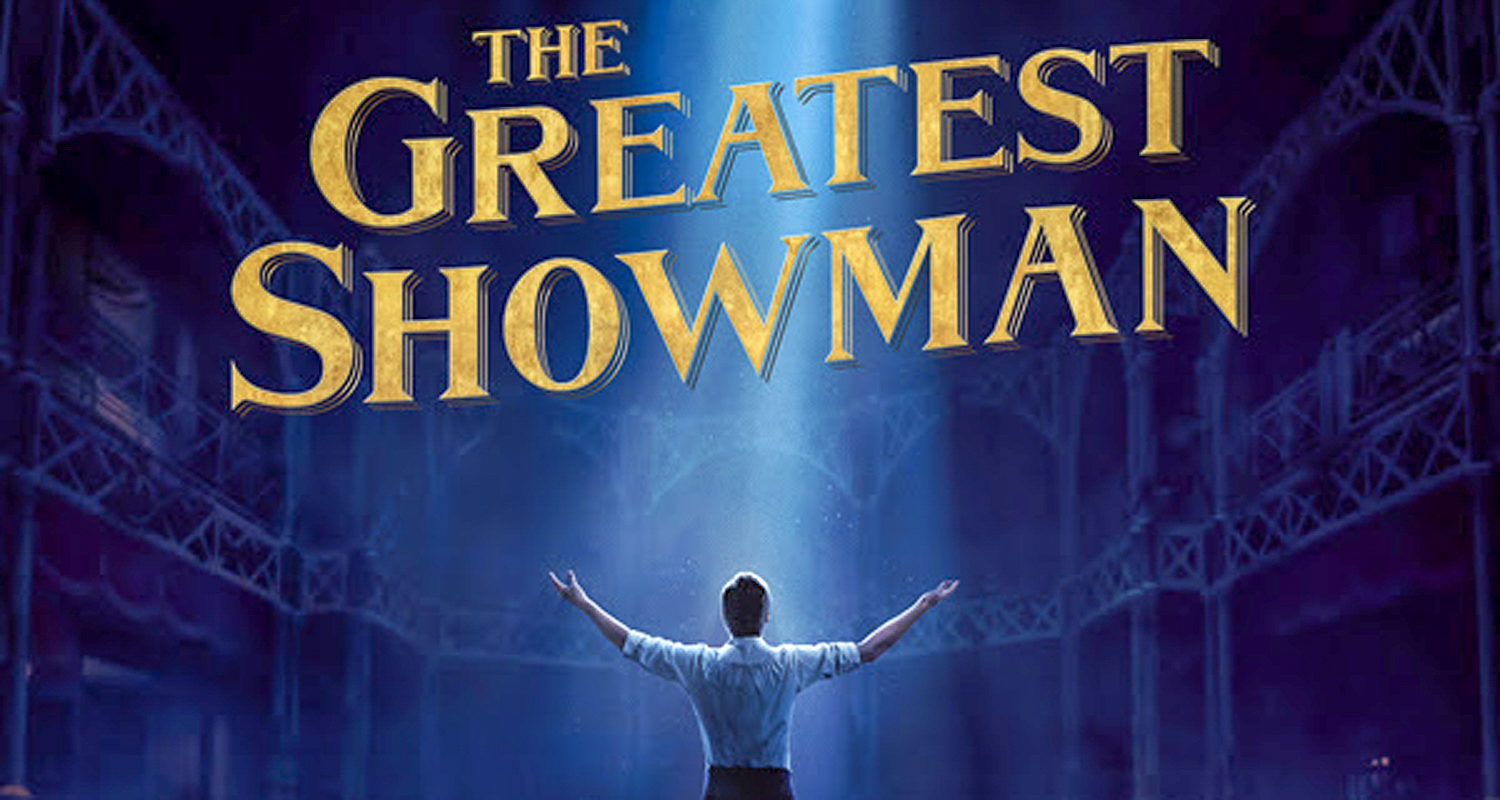 If you’ve so much as thought about “The Greatest Showman,” chances are you had one of two reactions: a squeal of delight at the mere mention of a movie-musical starring Hugh Jackman, Zac Efron, and Zendaya, or a groan followed by an emphatic “Not THIS again.” Oddly enough, I understand and feel both reactions.

The film chronicles the story of P.T. Barnum and the creation of his eponymous circus. Young Barnum, down on his luck, begins a museum of fantastical things, which then evolves into a showcase of unusual humans (“The Bearded Lady,” “Tom Thumb,” “Dog Man,” etc.). He forms a bond with these misfits as he is simultaneously pulled away from them due to his rising fame, fortune, and status. Eventually, he becomes preoccupied with pursuing a more highbrow act, and his attention and time become occupied by the beautiful “Swedish Nightingale,” opera singer Jenny Lind. At the same time, Barnum’s wife attempts to care for their children during their father’s absence.

When I first left the theater after seeing this film, I was thrilled. I was dancing in the popcorn-encrusted aisles of the Showcase Cinema. I was harmonizing as we walked into the lobby. “The Greatest Showman” is a feel-good movie. It’s exciting, stimulating, and uplifting. It makes you want to smile! Hugh Jackman rides around on a CGI elephant, and Zendaya soars through the star-studded skies with bubblegum pink hair. What’s not to love? The only issue arises when the inevitable question is asked: Is it a “good” movie?

Visually, yes. Michael Gracey, an Australian director, has hit the scene in a big way with this film in a toned-down Baz Luhrmann (“Moulin Rouge,” “The Great Gatsby,” “Romeo + Juliet”) way. Gracey echoes Luhrmann’s use of glitter, light, and color to create a sense of wonder and enchantment. For instance, Barnum brings his children a “wish machine,” a piece of cut tin resting on a candle. When he spins it, images of stars, lions, and elephants dance, inviting the audience to marvel at the magic of childhood dreams and wishes. There is certainly a sense of sparkle, a “wow factor” that Gracey brings to the visual aspect of the film. It is aesthetically delicious. From Anne Wheeler (Zendaya)’s cotton candy hair to Barnum’s crimson and gold coat to the crisp, snow-white of Jenny Lind’s opera gown, the film’s palette is carefully curated and beautifully amplified to enchant each viewer’s experience.

With 11 original songs by Benj Pasek and Justin Paul, the soundtrack is a veritable explosion of sonorous delight. Many musicals today are either “jukebox musicals,” using pre-written songs from other artists, or are based upon books or movies and have simply added music. While there are some excellent pieces in both of those categories, there’s something wonderful about an altogether fresh beast. Pasek and Paul did not disappoint.

You may be thinking that the names Pasek and Paul sound familiar. The duo also won the 2017 Tony award for the musical hit “Dear Evan Hansen.” It’s not stretch to say that they’re pretty good at writing original musicals. The music is diverse, from the more classical “Never Enough” to the almost hip-hop vibe of “The Greatest Show.” The film’s greatest triumph, perhaps, and its so-called anthem is “This is Me.” A battle cry for misfits and those feeling out of place, this song encourages listeners to be unapologetically themselves. No explanations, no excuses, this is me and 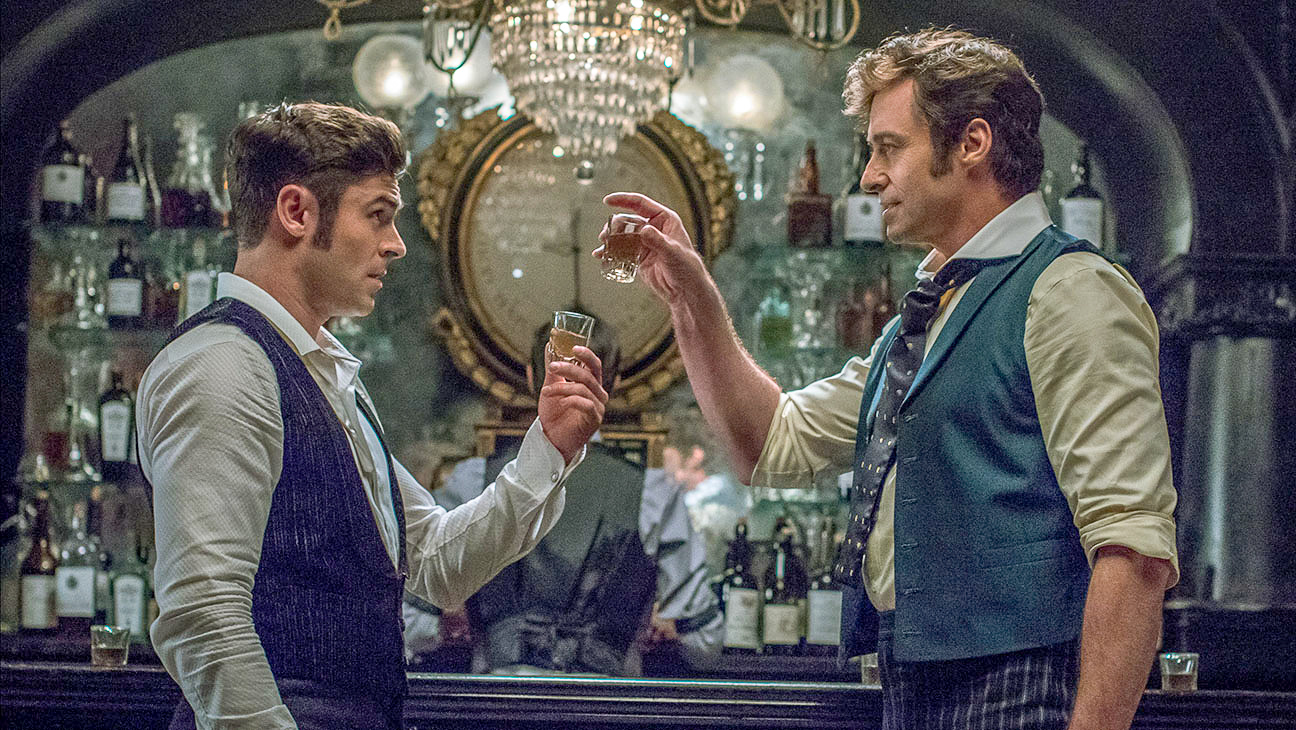 everyone else needs to embrace it. It’s truly a beautiful number, and it is led by Keala Settle, who is a force of nature. If you’ve heard of her, it’s likely because she starred in the original production of the hugely popular musical “Waitress.” Her voice is otherworldly, and when combined with the song’s message, the result is electric. If you hate show tunes, don’t write this album off quite yet, as the soundtrack certainly makes this film a musical for the modern age.

Now we reach the film’s shortcoming: the storyline. This is where I start to agree with critics. There’s no real story arc, or, rather, there are too many. It seems the plot wavers between the romance between Anne and Carlisle, Barnum’s rise to fame, the invention of the circus, the complicated relationship between Barnum and Lind, the marital issues within the Barnum house, the growth of Barnum’s two daughters, and the confidence of the misfit group of performers—oh, and the issue of racism. That’s a lot to try to fit into one movie, especially when its characters stop to sing every few minutes. The result is many threads that feel hastily resolved without much depth, and a lack of extensive character development. The choice was made to skim the surface of a broad array of subplots, rather than to dive deeply into one or two. This is where the movie suffers.

In recent decades, musicals like “Rent” and “Dear Evan Hansen” have achieved depth and resonance when discussing difficult topics. However, if we go back to classic musicals like “The Music Man” or “Oklahoma,” there was a lovely sort of simplicity to their plot lines. Musicals were an escape from the difficult questions and issues of the modern world. Great music, little plot—that was the way to go. So, if “The Greatest Showman” is made to be a classic musical, perhaps it’s not so bad. It would require a far longer movie to fully explore and resolve all the plot points brought up in the movie, but that’s not what it is. It’s an escape, a feel-good hour and a half. This isn’t necessarily better or worse than a musical with more depth and sobriety, but it is what it is.

Overall, I found “The Greatest Showman” thoroughly enjoyable. Yes, I do know people who detested it, but I also know people who thought it was amazing and perfect. I find myself somewhere in the middle. Amid the turmoil and anxieties of daily life, it’s nice to lose oneself in a beautiful, magical, world once in a while. And if you get to sing and dance along while doing that? All the better.