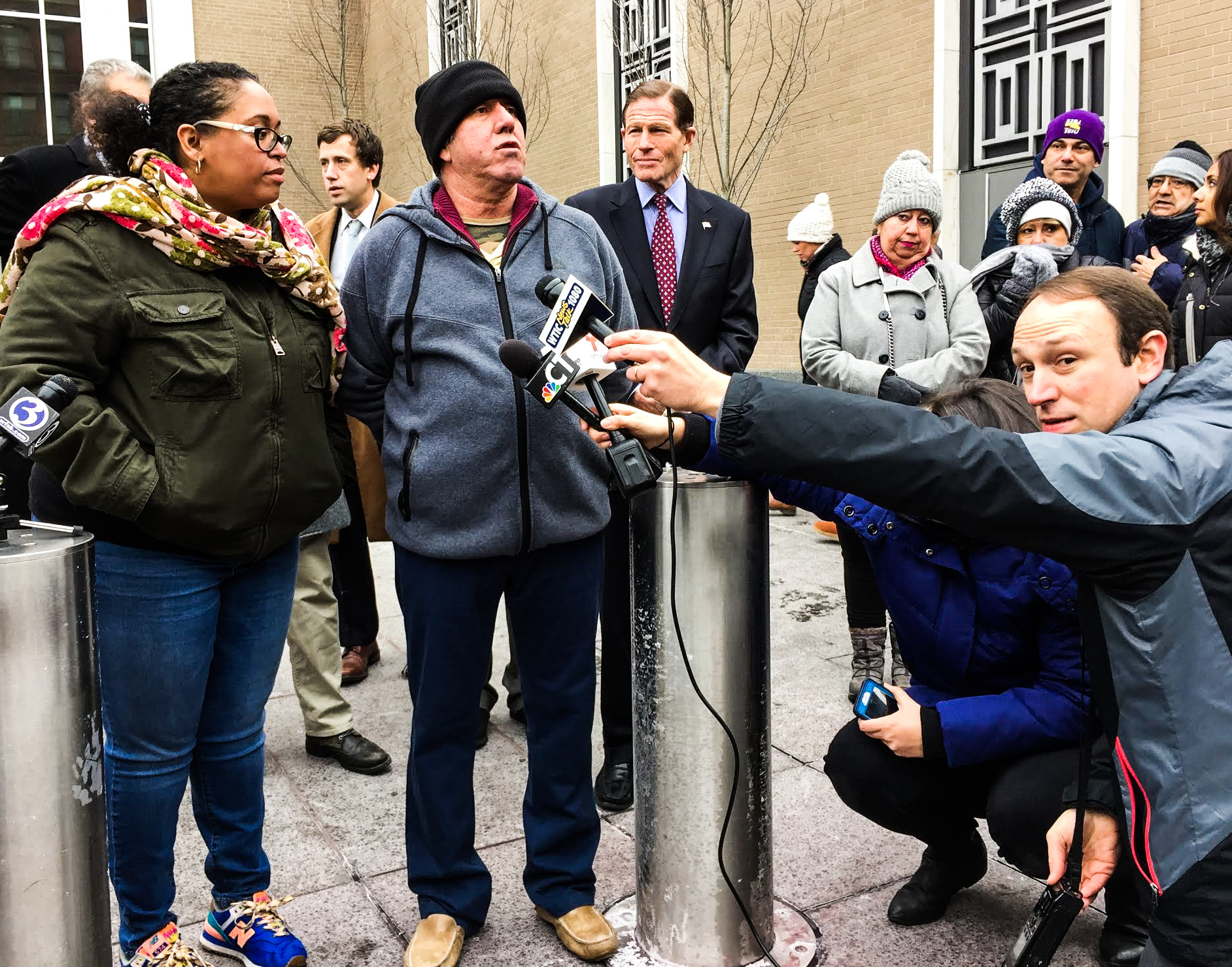 Francisco Acosta, a janitor at the University known for helping SciLi students with their homework and his congenial nature, has been granted a six-month stay of removal by U.S. Immigration and Customs Enforcement (ICE). Although ICE initially mandated that he leave the United States on Jan. 24, Acosta learned on Friday, Jan. 19 that he no longer faced immediate deportation.

The news broke in a press release from the office of Senior Senator for Connecticut Richard Blumenthal. According to Franklin Soults, Acosta’s SEIU 32BJ union representative, ICE has not yet formally announced the stay.

“The huge outpouring of community support for Francisco Acosta is a testament to the kind of man he is—a hardworking, devoted son, brother, coworker and neighbor,” Blumenthal said in the press release.

Acosta fled Colombia in 2001, where he worked as a teacher and union advocate, fearing for his life in the midst of a protracted civil war. In the United States, he has approximately 40 relatives who are legal citizens, including his mother, and another 40 who are permanent residents. He has been granted annual stays of removal in recent years but was told that he must leave the country at his Nov. 20, 2017 check-in with ICE in Hartford. Members of the University community and Acosta’s union, as well as other concerned individuals, participated in a rally on Dec. 18 to express their support for Acosta, attracting the presence of noteworthy individuals such as Senator Blumenthal and Hartford Mayor Luke Bronin.

Juan Hernandez, the district leader of 32BJ, spoke to the Hartford Courant about the stay.

“We’re deeply relieved and grateful for the broad support, including everyone from the dedicated Wesleyan students to the state’s highest elected officials, like Senator Blumenthal,” he said. “We now need to maintain this coalition to find a path for permanent relief for Francisco and so many [others like] him.”

Although the stay does not guarantee that Acosta will not be threatened with deportation at future check-ins, it does grant him more time to pursue legal status through his mother.

“[United States Citizenship and Immigration Services] has already approved his citizen mother’s application to sponsor him and I am hopeful that ICE will stay this needless deportation long enough to finalize that process,” Blumenthal said in the press release. “This extension gives us a new chance to prove to ICE that deporting Mr. Acosta and denying a dying woman the care of her loving son would be a misuse of federal resources and a betrayal of American values.”

A press release will be held in Hartford on Friday, Jan. 26 at 32BJ’s Connecticut Offices to celebrate Acosta’s stay. Various elected officials, including Senator Richard Blumenthal, will be there to discuss immigration in the United States.