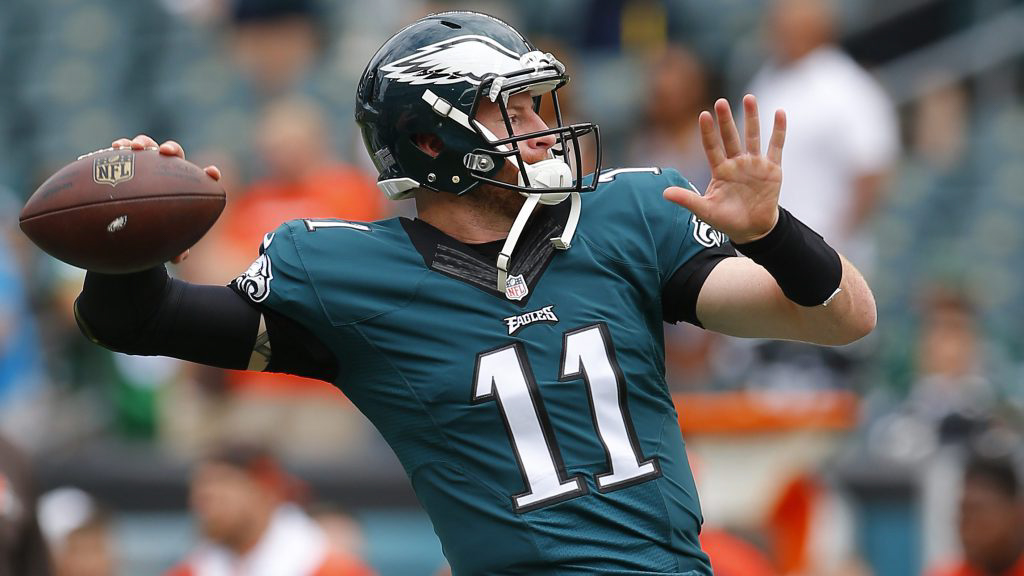 The NFL season is now into December. There are just five weeks left before the quest for the Lombardi Trophy begins in earnest. With that thought in mind, here are the 11 most dangerous NFL teams heading down the homestretch.

11. Los Angeles Chargers. I know that they are just 5-6, but they are surging. In their last seven games, Anthony Lynn’s team is 5-2 and now find themselves just one game behind the Kansas City Chiefs in the AFC West. The Chargers’ pass-rushing duo of Joey Bosa and Melvin Ingram makes their defense a nightmare to gameplan for. Their offense, led by Phillip Rivers, has quietly become one of the league’s most potent units. On Thanksgiving, Rivers threw for over 400 yards while completing more than 80% of his passes. Don’t look past the Chargers due to their mediocre record. This is not a mediocre football team.

10. Jacksonville Jaguars. The defense employed in Jacksonville is having one the most dominant seasons in the history of the sport. That is not hyperbole. Led by Calais Campbell and Jalen Ramsey, the Jaguars are leading the NFL in yards allowed (281 yards per game), sacks (41), and touchdowns (six). Their offense’s incompetence scares me at times, but their defense is so sensational that they crack the top ten.

9. Carolina Panthers. Cam Newton is on the ultimate roller coaster. Week-to-week, you are never quite sure of how he will perform. Sometimes he plays like he did back in 2015 when he was named league MVP and the Panthers made the Super Bowl. Other times, he makes such perplexing decisions that it’s unclear why he’s even on the field. Carolina’s defense, on the other hand, has been stout. Ron Rivera needs to better integrate the Panthers’ rookie offensive weapons, Curtis Samuel and Christian McCaffrey. If he can, the Panthers have the pedigree to skyrocket up this list.

8. Seattle Seahawks. The Legion of Boom has been decimated, their offensive line is in shambles, and yet the Seahawks sit firmly at 7-4. How? Russell Wilson. In a season full of spectacular individual accomplishments, Wilson’s might be the most impressive. He is not only Seattle’s top-flight quarterback, but he is also their leading rusher.

7. New Orleans Saints. I think this might be the most well-balanced team that Sean Payton has ever had in New Orleans, including the team that won the Super Bowl back in 2010. While Drew Brees can still carve apart opposing defenses, he isn’t being asked to throw the ball fifty times per game as he has in the past. Instead, the Saints are leaning heavily on their running back blend of Mark Ingram and rookie sensation Alvin Kamara. The Saints’ defense has also been a pleasant surprise. They rank in the top half of the NFL, a claim that they haven’t been able to make in what seems like time immemorial.

6. Atlanta Falcons. Did you see Julio Jones this past weekend? 12 catches for 253 yards and a pair of touchdowns, he is absolutely divine. After hitting a rough patch, Atlanta has won four of their last five games. It appears they have rekindled the offensive spark that catapulted them to the Super Bowl a season ago. They still have a quartet of divisional games remaining, but all signs point to another postseason run for the Falcons.

5. Los Angeles Rams. This is perhaps the surprise team of the season. The Rams, led by 31-year-old head coach Sean McVay, have not been just beating teams, but annihilating them. Averaging 30 points per game, Los Angeles’ offense is clicking on all cylinders. Wade Phillips, their defensive coordinator, is a savant. He has Aaron Donald and company limiting opponents to just 19 points per contest. The Rams are filled with swagger, something they didn’t have a year ago.

4. Minnesota Vikings. The Vikings are 9-2 and the winners of seven straight. Their quarterback is Case Keenum, a journeyman who has made his career largely as a backup. Very rarely can an NFL team thrive once their starter goes down due to injury, but the Vikings have done just that. Their defense, led by Everson Griffen and his twelve sacks, have kept opposing quarterbacks uncomfortable in the pocket. Mike Zimmer’s squad is for real. The Super Bowl this year takes place in Minnesota. Could the Vikings be vying for the title in their home stadium?

3. Pittsburgh Steelers. Their offensive attack is mesmerizing. Ben Roethlisberger, Le’Veon Bell, and Antonio Brown are, for my money, the best quarterback, running back, and receiver trio in all of football. Their defense has been respectable of late as well. Home-field advantage will be crucial for the Steelers come postseason, so getting a victory over New England in a few weeks will be paramount for Pittsburgh.

2. Philadelphia Eagles. Carson Wentz is that dude. At 10-1, the Eagles have taken the NFL by storm this season. They have won their last three games by an average of 28 points. Football is often decided in the trenches and the Eagles boast one of the best offensive and defensive line combinations in the NFL. I am not sure anyone could have foreseen the domination put forth by the Eagles this season, but there is no denying them now. They are the favorite to represent to the NFC in the Super Bowl.

1. New England Patriots. Some things never change. After a tumultuous first couple of weeks, many started to write off the Patriots. Their defense was too porous, their offense too predictable, their quarterback too old. Now, after twelve weeks, Bill Belichick ’75’s team sits at 9-2 and are winners of their last seven games. I feel like a broken record, but the Patriots are the best team in the NFL.