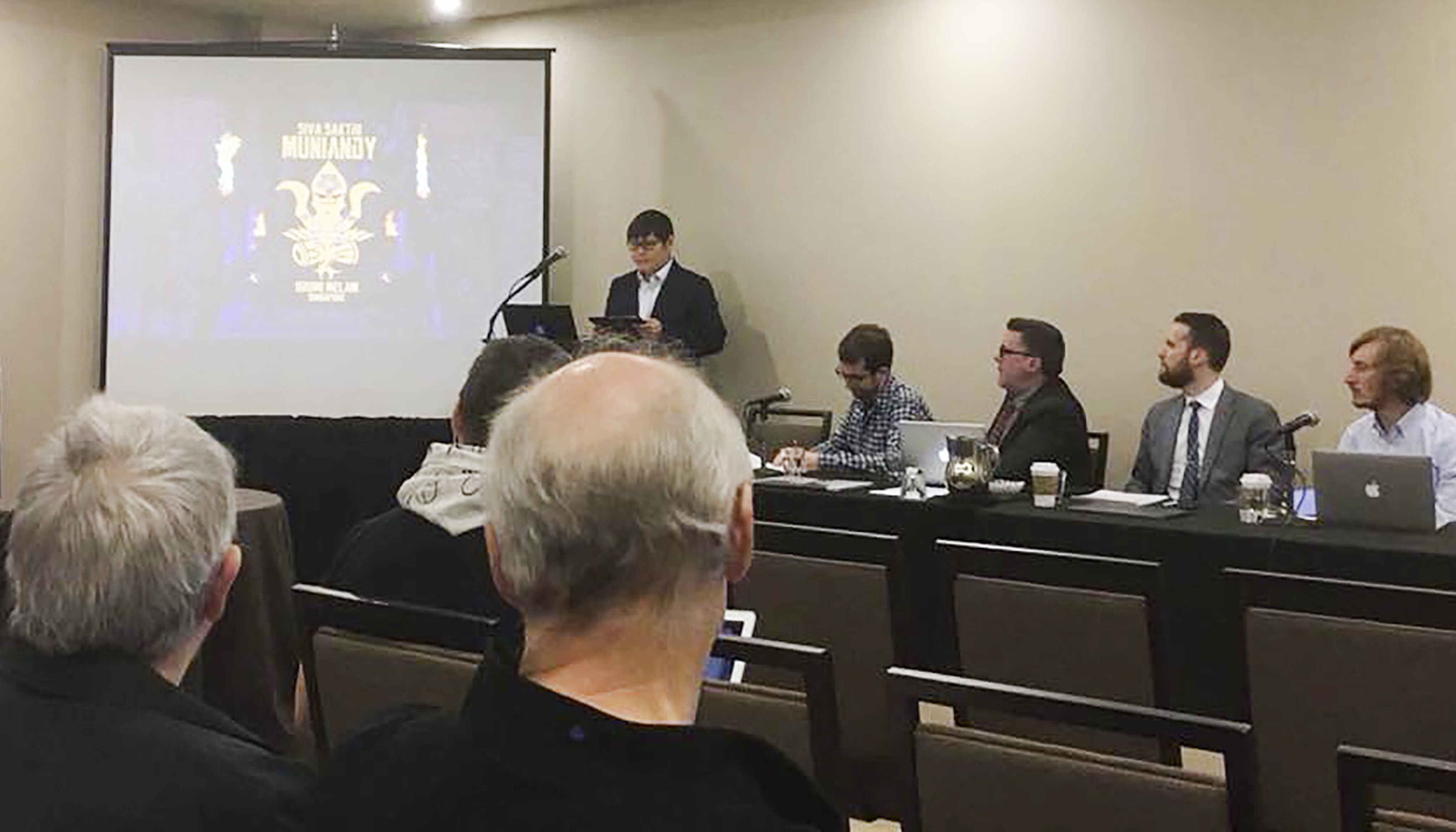 From Oct. 26 to 29, the Society for Ethnomusicology held its 62nd annual meeting in Denver, Colo. University students and recent alumni attended the event, and several read their academic papers to those who attended the meeting.

The Society for Ethnomusicology explains its mission on its website.

“SEM is a U.S.-based organization dedicated to the study of all forms of music from diverse humanistic and social scientific perspectives,” the website reads. “We examine music as central to human experience throughout space and time, and explore its profound relationship to cognition, emotion, language, dance, visual arts, spiritual belief, social organization, collective identity, politics, conflict and peace, economics, the physical body, and mental health.”

“Ethnomusicology is the study of music in its cultural context,” the site explains. “Ethnomusicologists approach music as a social process in order to understand not only what music is but why it is: what music means to its practitioners and audiences, and how those meanings are conveyed.”

The website also notes that ethnomusicologists approach music from a global standpoint, considering it a cultural practice steeped in history, tradition, origin, style, and genre.

Among the presenters was Sean Sonderegger MA ’14, a saxophonist for a group called Magically Inclined. His music centers on what he calls “collective free improvisation,” and much of his work draws on his background in ethnomusicology. Sonderegger presented his research, titled, “None of That is a Trend: Three Studies in Intertexuality and the Merging of Jazz and Hip-Hop Traditions.”

In addition to Sonderegger, Ellen Lueck, who received her master’s degree from the University in 2012 and her PhD in 2017, also attended the conference. During the conference, she presented an abstract from her paper, “Proposing a Theory for a New Space, the Affinity Interzone.” The research revolves around the “Affinity Interzone,” a term Lueck applies to a portable space constructed to create a generalized, ubiquitous understanding of a genre of music within a community, including the way it’s performed in various locations.

“A musical affinity group is a network of people who devote themselves to a particular musical interest,” Lueck explains in her abstract. “For many participants in these affinity groups, the musical interest may be associated with a cultural ‘Other’ relative to themselves. Rather than acquire musical and cultural knowledge on their own, individual enthusiasts rely on an affinity group-specific, socially constructed space which transmits and regulates appropriation on its own terms. I call this type of space the affinity interzone.”

Lueck said the paper was well received at the conference, and that she hopes to present it elsewhere. She also plans to later write an article on the subject in 2018.

“Rumi refers to the type of drum, and mēlam refers to ensemble or band,” he explained in an email to The Argus. “It emerged in the Malaysian state of Ipoh in the late 1980s. Subsequently, it began to spread, and popularized in Singapore in the early 2000s. To support my argument, I describe the strategies that urumi mēlam musicians had adopted to sustain their musical tradition.”

Lai explained that his presentation, despite a time slot at 8:30 a.m., had an impressively high attendance, including major authorities in South Asian and Southeast Asian music.

“The whole presentation turned out well,” he explained. “I am grateful for the great comments, and questions from the enthusiastic audience. I am also thankful for current and former Wesleyan friends and colleagues who came to my presentation despite the early time slot.”

Lai is currently working on forming a Singapore-themed panel for the 5th Symposium of the International Council for Traditional Music Study Group on Performing Arts of Southeast Asia. The symposium will be held in Kota Kinabalu, Sabah, Malaysia in 2018, from July 16 to 22.

Visiting Assistant Professor of Music Kate Galloway also spoke at the conference, chairing a panel titled, “Nature: Meaning, Climate, and Embodiment.” The panel discussed issues of place, climate, human and nonhuman performance, and the elements used in said performances. She also organized and chaired a meeting on future projects that the Special Interest Group in Ecomusicology, an organization within the larger Society for Ethnomusicology.

“I’m exploring how North American artists of the 20th and 21st centuries use analog and digital technologies to sample, remix, manipulate, remediate, among other processes of sonic transformation, to challenge how pressing environmental issues and aesthetic experiences are conventionally communicated to the public,” Galloway explained to The Argus in an email.

Galloway appreciated the conference, as it allowed her and others to share their research, gain feedback, and expose each other to new ideas.

“I find it particularly useful for teaching because I have the opportunity to hear the most current work in the field and I can then incorporate it into my undergraduate and graduate teaching,” she wrote.