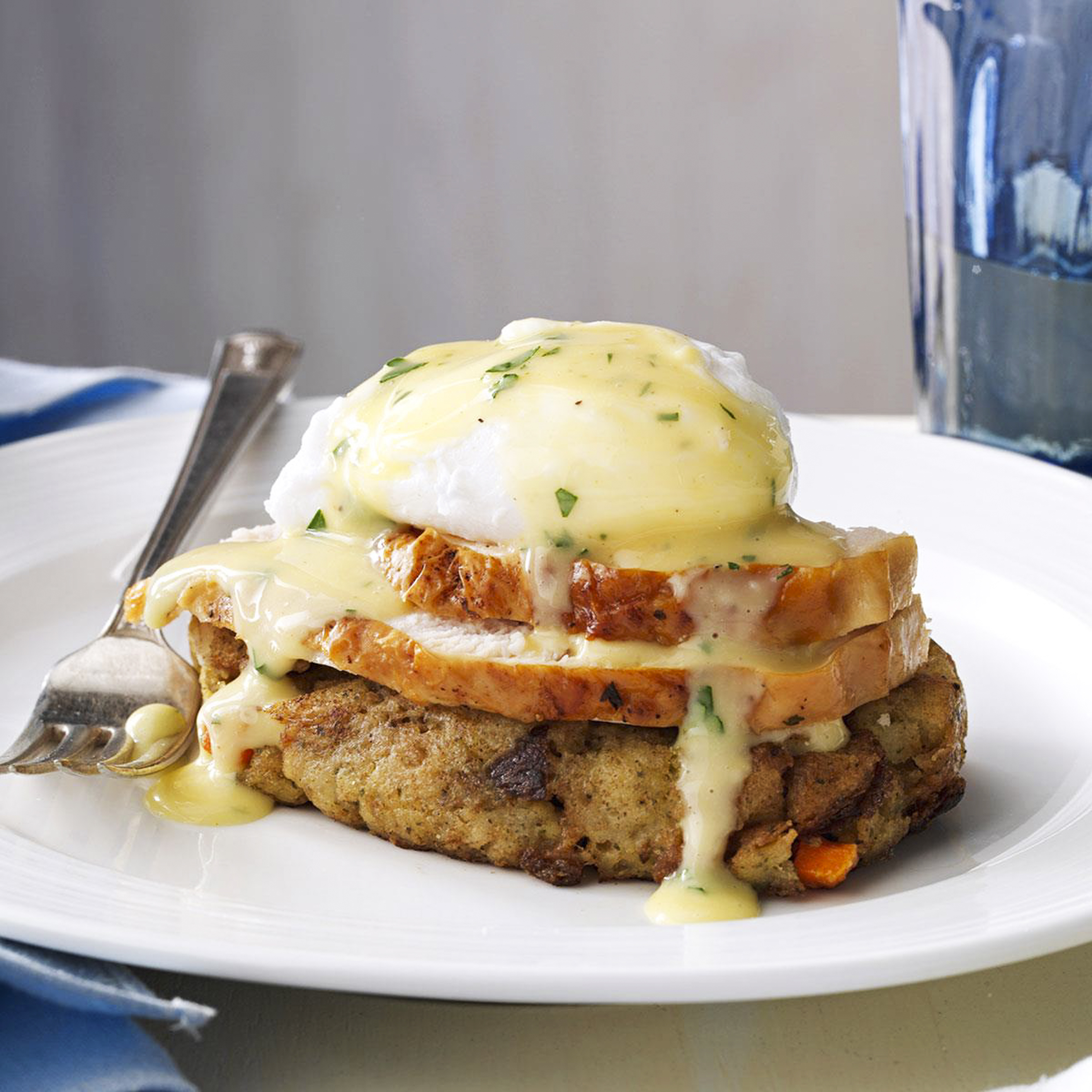 Approximately 12 hours after collapsing onto the couch and dramatically declaring that I couldn’t eat for a week, I cracked open the leftover-filled fridge in search of breakfast. My head said eggs. My heart said stuffing. But why, I asked, must the two remain separate? Thus came the creation of stuffing eggs Benedict. In my house, post-Thanksgiving brunch is arguably as big an event as the Thanksgiving meal itself, so my desire to experiment was met with a variety of responses.

“It’ll never work!” yelled my aunt Helen. “Stick to the basics. Let brunch be brunch and stuffing be stuffing.”

“I believe in you!” cried my brother Ethan, a consistent supporter of my culinary creativity. “Why make a choice when you can have it all? Whoever said yolk doesn’t go with gravy?”

“I’m willing to try it, but unwilling to commit,” said my mother, ever the mediator of conflict in the kitchen.

Just as I had anticipated, my stuffing eggs Benedict were a hit. Nay-saying relatives swallowed their pride as they one by one requested their own servings. I hope you enjoy this meal, which is guaranteed to satisfy both your breakfast and leftover cravings, and, if successful, make you declare that you can’t eat for a week. Or at least until dinnertime rolls around.

Salt and pepper to taste

Fill a medium saucepan with a few inches of water for the poached eggs. Bring the water to a boil over high heat.

While the water is heating up, prepare the stuffing patties. In a medium mixing bowl, combine the stuffing with the breadcrumbs and one egg. Gently mix until combined. Season with salt and pepper to taste. Form the stuffing into three equal-sized patties and set aside.

Toss the turkey pieces into the skillet to warm the turkey, about one to two minutes. Once warmed through, remove from heat and set aside.

Poach the remaining three eggs by adding them to the boiling water, one at a time. Cook until the whites are set, but the yolks remain runny. Remove using a slotted spoon and set on a plate topped with paper towels to drain.

Assemble the eggs Benedict by topping each patty with one-third of the turkey, cranberry sauce, a poached egg, and drizzle with warm gravy. Serve immediately.