The Word of Wertime: Catalan Independence and the Beautiful Game 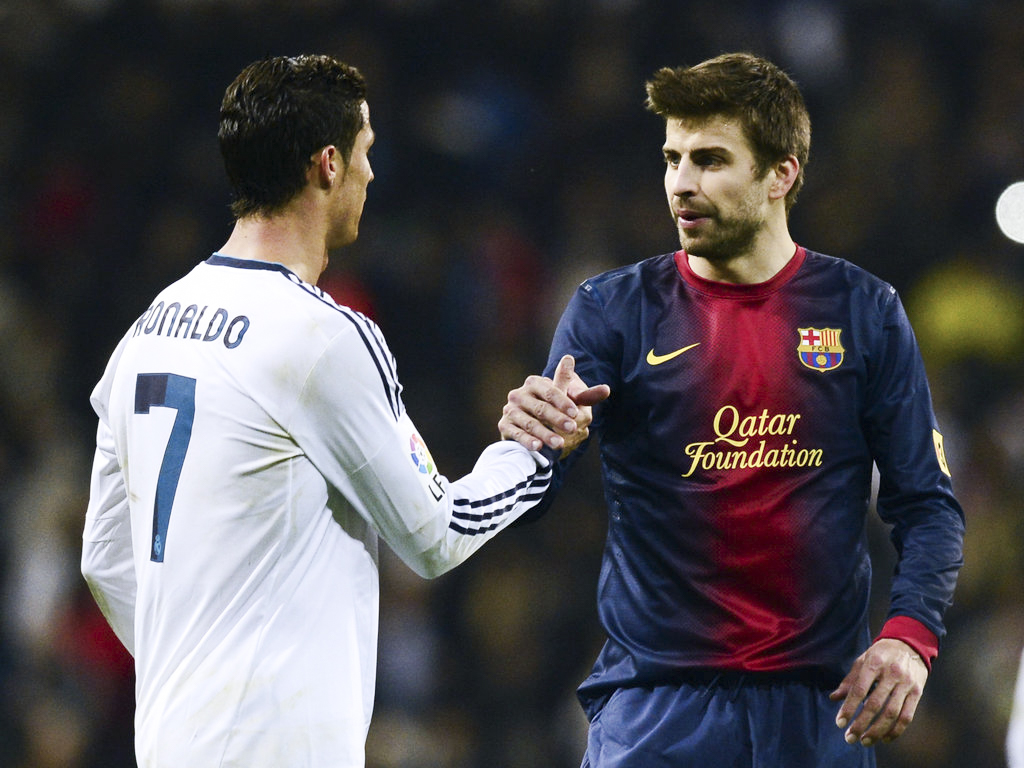 In recent days, the political crisis in Catalonia has appeared to reach an apex, with the President of the Generalitat of Catalonia, Carles Puigdemont, recently turning himself into Belgian authorities after the Spanish government removed the local government in favor of home rule. This follows a referendum, in which Catalans voted for independence from Spain, and months of continued political gridlock about the region’s future. For the two sides of the debate, one aspect of Catalan life remains unchanged: an unhealthy obsession with the beautiful game of soccer. In the midst of this crisis, one question rings in the minds of sports fans: If Catalonia gains independence, what will happen to FC Barcelona? Most people know of, or have probably seen, the modern day biannual match-up between Real Madrid and Barcelona, more commonly known as El Clásico. But the rivalry between the two clubs has a richer and more divisive history than many may realize.

Barcelona’s team has been historically active in dissent against the Madrid government. During the reign of dictator Francisco Franco, who ruled from 1939 to his death in 1975, Catalans were brutally suppressed, with almost every facet of their Catalan identity banned. This included the Catalan language, learning about Catalan history and Catalan festivals. On top of this, Franco brutally murdered many dissidents in the city of Barcelona, which was one of the last major cities to fall in the Spanish Civil War. During his reign, the Generalissimo also used soccer to consolidate power. To cement the regime’s rule in the capital, he personally adopted the Madrid’s main soccer team, the historically successful Real Madrid. This action spurned the supporters of FC Barcelona, which had already become an important symbol of Catalan pride during the earlier 20th century. Thus, Spanish soccer history thereafter has been marked by a very stark divide.

Despite Franco’s embracing of the capital’s team, Barcelona enjoyed some success during his regime, capturing the championship of the Spanish league, La Liga, five times between 1945 and 1953. However, Franco increased his meddling in Real Madrid affairs, cementing their place as the team of the dictator. The most famous instance of this was the signing of Argentine player Alfredo Di Stéfano in 1953. A transfer debacle saw both Real and Barcelona vie for the player’s contract, but a bureaucratic catastrophe ensued, marred by threats and shady dealings. Real ultimately emerged on top with Di Stéfano’s signature. Later on, Real Madrid went on to win the first five incarnations of the European Cup, with Di Stefano as their best player. 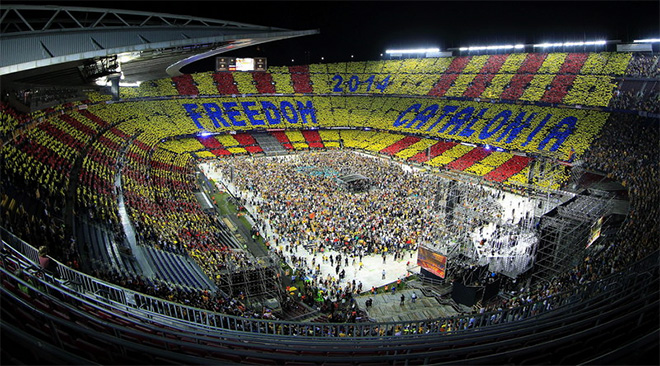 As a consequence of these events, FC Barcelona has become a symbol of anti-Madrid sentiments. Catalans of all stripes could come together and watch their team, even in the face of Franco’s oppressions and Real Madrid’s dominance in the ’50s and ’60s. Moreover, it became a representation of Spanish republicanism and defiance against Franco. This is reflective of the club’s motto marked along the bleachers of their stadium: “Més que un club,” which translates to “more than a club.” Barcelona’s other large club team, RCD Espanyol, was also a symbol of Franco’s rule, as many early supporters were members of his Falange party. In 1974, a year before Franco’s death, Barcelona signed Dutch legend Johan Cruyff, who cultivated Catalan pride in the club. He publicly spurred Real’s advance to sign him, due to his moral opposition of Franco, and as a coach, later led FC Barcelona to their first European cup in 1992, putting them firmly on par with Real.

While FC Barcelona remains officially neutral on the Catalan issue, they have subtly partaken in the independence movement. They joined the National Pact for the Right to Decide, a group in favor of Catalan independence and have also, at times, wearing the colors of the Catalan flag on their kits in lieu of their hallmark red and blue.

If Catalan independence were to succeed, Barcelona and Catalonia’s other La Liga team would be adversely affected. Currently, three teams from Catalonia play in La Liga: FC Barcelona, RCD Espanyol, and Girona FC. From the viewpoint of Javier Tebas, president of La Liga, the fate of these teams if Catalan independence succeeds is simple: “They will not be able to play in Spain’s La Liga.” RCD Espanyol’s expulsion from the league would be of little cultural importance, as they have repeatedly placed in the middle of the table. The same goes for Girona, who only recently earned a spot in La Liga after being promoted last year from Spain’s second division.

Yet, FC Barcelona’s expulsion from the league would leave the state of Spanish soccer in tatters. The team has won La Liga six times and placed second three times in last 10 years. The rivalry between Barcelona and Real, which culminates in the El Clásico twice a year, has become the most famed in all of club soccer. The last time the two faced off competitively outside of a Spanish cup or league was in early 2011 during the UEFA Champions League semi-final.

Zinedine Zidane, Real Madrid legend and current manager, recently said, “I can’t see a Spanish league without Barcelona. It’s all I can say as a fan of football, of this sport.”

Where, then, would the teams play, if not in Spain? With three teams in the first division and three in the second, one of which is Barcelona’s B team, a Catalan soccer league would be unfeasible. Instead, sports pundits have proposed that Catalan club teams join the French league, a precedent set by the inclusion of AS Monaco. The merger would create a new interesting rivalry between powerhouse Paris Saint-Germain and Barcelona. Another interesting alternative would be if these teams joined the English Premier League, a precedent set by Welsh teams Cardiff and Swansea, who have played in the league before. In what is perhaps world’s most lucrative league, Barcelona would have several worthy competitors to square off against.

In terms of international soccer, Catalonia seems to have more of a contingency plan. The Catalan representative football team has existed since 1904 and has competed in over 200 exhibition games. Historically, they haven’t been short of talent either. Of Spain’s World Cup-winning starting squad in 2010, six of the 11 players had played for the Catalonian representative team in exhibitions. In light of the crisis, some players and managers have also become important political activists. Barcelona’s defender Gerard Piqué has threatened to leave the national team due to this continued support for the region’s independence. Pep Guardiola, FC Barcelona’s old coach and current coach of English side Manchester City, has also publicly taken part in pro-independence rallies.

The coming months will determine Catalonia’s future in Spain. With soccer so closely linked to the region’s culture, the results are uncertain, but will certainly be significant.