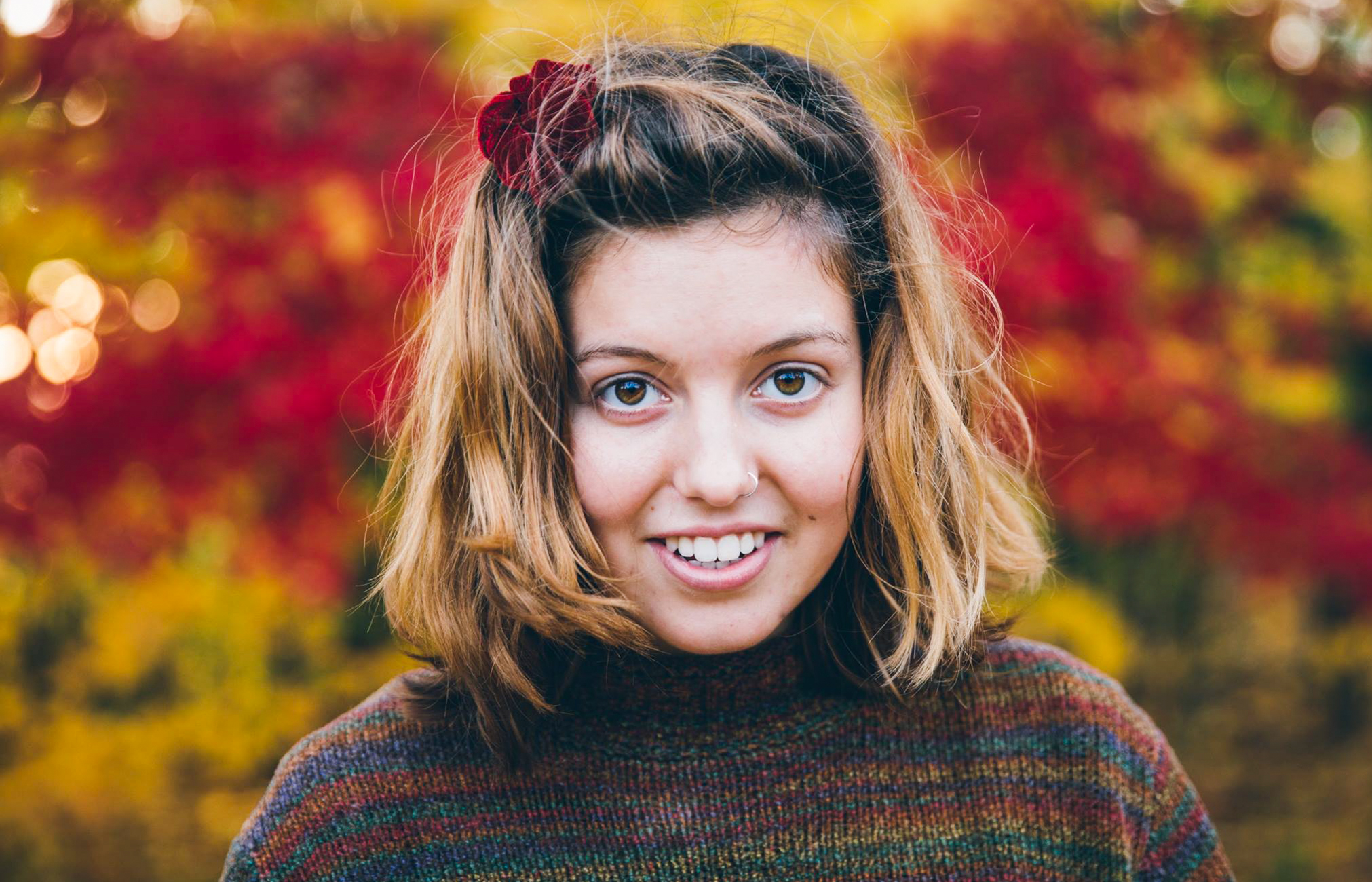 Just don’t call her Christina. The Argus got the chance to sit down with Tina (Teapot) (Treepot) Glusac ’18 to talk about her love of people, the outdoors, and health and wellness on campus.

Teapot Glusac: I love people a lot! I’ve made a conscious effort to reach out to different people across campus. Also, I hold friends and intimacy higher than pretty much anything else in my life, like above academics, above everything, so I think those connections keep me supported.

A: Has it always been like that for you, or has it been more of a recent effort?

TG: I think, deep down, it’s always been like that. There are so many pressures both here and at home and everywhere that go against that and tell you to realign your values based on success and things like that. I’ve done that, and I haven’t been my best self or my happiest. I think I made a conscious effort to get rid of that cognitive dissonance and act out how I actually feel inside.

A: What are some of the different things you’re involved in on campus?

TG: I work at WesWell, so I do a lot of different types of work there. I mainly am involved in coordinating the Bystander Intervention Program, so I facilitate and I work with other facilitators to raise awareness on how to intervene in regard to alcohol abuse and sexual assault. But I also am involved in the Peer Health Advocacy program and help coordinate that, which is more of a public-health sort of campaign. I’ve also been involved in ASHA [Adolescent Sexual Health Awareness] before, I’ve done the Vagina Monologues for a couple of years, which has been fun. Oh, I direct burlesque in the spring for WesBurlesque too! That’s so much fun, I’ve been doing that since freshman year.

A: How did you first get involved with WesWell?

TG: It was through ASHA actually. As an ASHA member, you’re required to get trained in bystander intervention, and so I went to a training and learned a lot. I think a lot of folks come into Wesleyan with a lot of information about social issues, about community engagement, all sorts of things, but I was really new to all of it. So I found the training to be really helpful and I learned a ton, so I reached out to the WesWell intern at the time who ended up being a big role model in my life. I became a facilitator freshman year, and then I’ve just worked my way up from there.

A: I can say now from firsthand experience that freshman year is very overwhelming in terms of figuring out which extracurriculars you want to do—how did you first choose which things on campus you wanted to become involved in?

TG: I think I took it slow. I focused first on a fun activity, and then an activity that meant a lot to me on an emotional level. Then I sort of found my niche and worked my way up. Part of the reason I do the work I do now is that I had a really hard fall semester freshman year, and I did not know my resources and was not doing well. I really wish that I had known this stuff then, so I wanted to become part of a cycle of raising awareness.

A: So can you explain the name “Teapot”?

TG: Definitely! I get that almost all the time. My mom has been calling me Teapot since I was born, and she was the only one for a really long time, but then freshman year I got to Wesleyan and it just exploded. I thought it was going to be for a day—I changed my Facebook name to Teapot as a “haha,” but it exploded. Then, “Teapot” became “Treepot” once I started getting into backpacking and going into the backcountry, so now everyone calls me “Treepot,” and then there’s a million nicknames off of that, but Teapot was the OG.

A: How far do you take it? Do teachers call you Teapot?

TG: Well, it’s enough to get them to call me Tina since my full name is Christina. Tina and Teapot are totally equal in my mind, even Treepot—I will respond to anything equally, but Christina is a hard no for me, so I don’t even bother with teachers.

A: What are some of your favorite things to do off campus?

TG: I love going on long bike rides. I’m still exploring around here. I’ve done a lot of bike touring other places in the country and I really want to find how to do that here, but the roads aren’t very safe. But they’re nice, they’re hilly, so I’m still working on my routes. I love hiking and backpacking and camping, pretty much anything outside.

A: What are you thinking you want to do, generally, post-graduation?

TG: I’m thinking about it a lot. I’m a psychology major, and I think eventually I want to become a therapist, and I want to work with adolescents. I love working with high school kids—they’re my favorite people in the world, so I would like to do that. But at the same time, I’m super interested and at my happiest when I’m outdoors, so in some way I’d like to combine that, either by working at a semester school or some sort of wilderness therapy program, just getting involved with kids and exposing them to alternative ed or outdoor settings.

A: How did you choose psychology?

TG: I think it has a huge capacity to heal. Therapy isn’t for everyone, but it helps a lot of folks. I’ve personally benefited from it, so I want to be a part of that. That also almost is a social role that I fall into—a therapist for my friends or my family. I love doing it, I love being able to be there for someone. That means a lot to me, that tells me that I’m doing okay. It brings me joy.