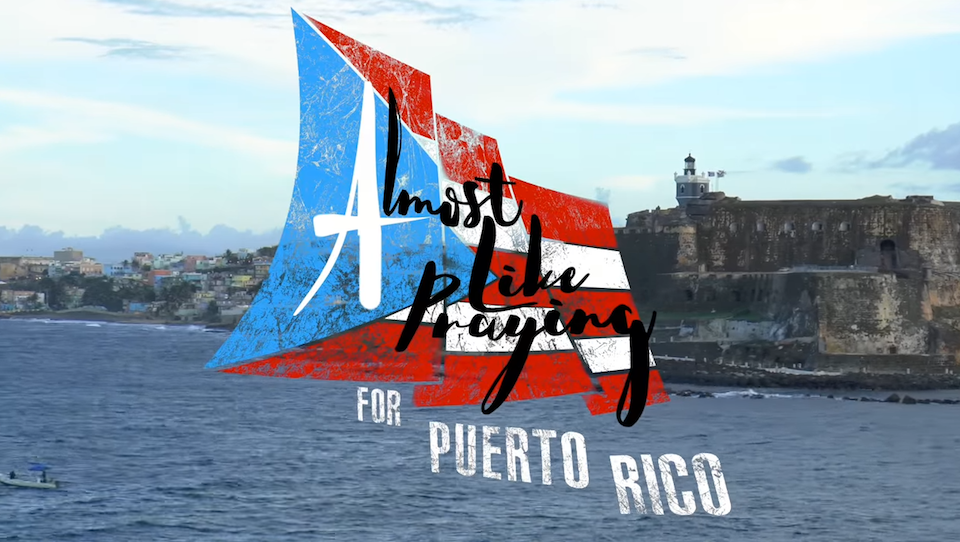 Why not buy a “fucking bop” for charity?

Lin-Manuel Miranda ’02 released what he proclaims to be a “fucking bop,” “Almost Like Praying,” on Friday, Oct. 6. Miranda wrote the lyrics and also contributed vocals to the song. All proceeds from the track are donated to the Hispanic Federation, which is directing everything contributed to its UNIDOS fund toward disaster relief for Puerto Rico. Miranda, who was raised in Manhattan, has stayed close to both his Puerto Rican identity and his relatives that still live in the U.S. territory.

Hurricane Maria hit Puerto Rico on Sept. 20, and the recovery is far from over. 90 percent of the island is still without power and many are struggling to access clean, bottled water. Miranda has been outspoken in his opposition to Trump, and his anger with the president escalated following Maria’s landfall. The reason for his recent anger has centered around Trump’s response to Hurricane Maria, which has underplayed the devastation.

On Thursday, Oct. 12, Trump tweeted on the subject: “We cannot keep FEMA, the Military & the First Responders…in [Puerto Rico] forever!”

Apart from the proceeds, the lyrics of the track hold great significance. The hook (“Say it loud and there’s music playing / Say it soft and it’s almost like praying”) is a reference to a lyric that Maria sings in “West Side Story,” a lyric from Stephen Sondheim “West Side Story.” Miranda intentionally linked the lyric to “West Side Story’s” Maria so that the name would not be forever associated with this tragedy. One particularly poignant line translates from Spanish to “My beautiful land, I love you.” He also lists all 78 towns in Puerto Rico.

“[I included] all 78 towns in Puerto Rico so that no one feels left out and no one’s town feels forgotten,” he noted.

Miranda also discussed how enthusiastic artists were to join the project in an NPR interview.

Miranda has also gone on various talk shows, such as The Late Show with Stephen Colbert, to promote the track and raise awareness about the ongoing catastrophe in Puerto Rico. Miranda emphasizes that he is made hopeful by the public’s response to the crisis.

“Despite the humanitarian crisis going on on the island, despite the difficulties, despite the slowness of the U.S. government’s response, I’ve never had more faith in people and American people and people all over the world,” he said. “My Twitter feed is full of kids breaking their piggy banks to donate. People saying we were going to go on vacation, now we’re going to use that money and send it to Puerto Rico instead. People taking their weekend to package supplies. It makes me cry to think about it. And if the government’s response were commensurate with the people’s spirit and compassion we’d be on the road to recovery and ending this crisis so much faster.”