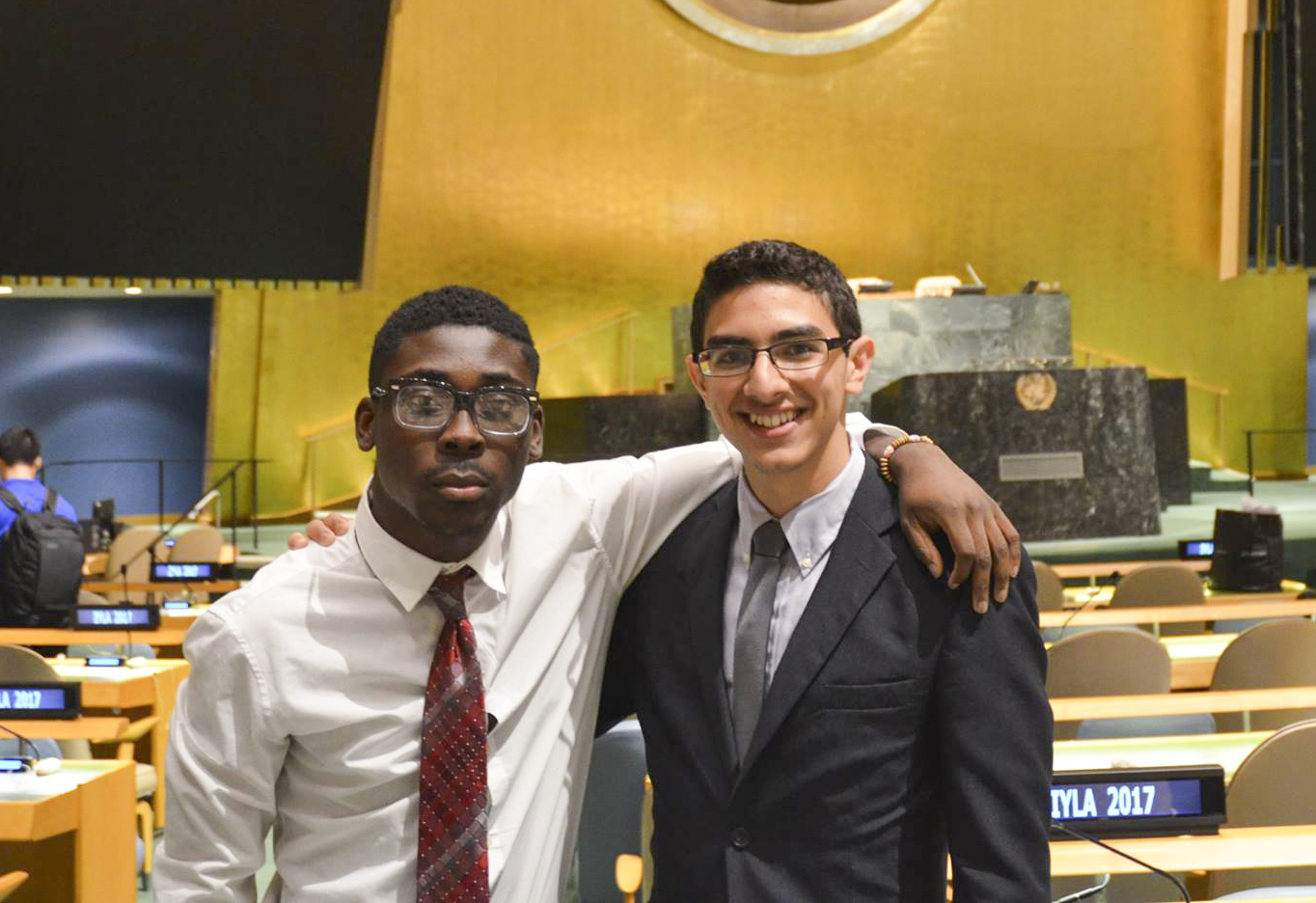 The University’s Muslim Student Association (MSA) partnered with the International Young Leaders Assembly (IYLA) this past summer, and three MSA board members attended the assembly at the United Nations Headquarters. President Eunes Harun ’20 and Vice President Mubarak Sanni ’20, two of the attending members, spoke about the 2017 Global Summit in August, praising the eloquence and commanding energy that many of the speakers possessed. Harun addressed how they first got involved with the organization.

“In the first couple weeks of June, I got an email from this guy, Yeqing Li,” Harun said. “Basically, he runs this organization, and it’s partnership-driven, to empower youth to basically make a change in the world. To empower youth to do what they’re passionate about…. They want to make connections with groups from all across the spectrum of different kinds of organizations to grow their network.”

Sanni added that accomplished lawyers, CEOs, and a diverse array of other professionals attended the event along with college and even high school students, which provided extraordinary networking opportunities.

On campus, the MSA has been growing rapidly. Harun explained that before the class of 2020 arrived at the University, there were typically only three or four people at their weekly Jumu’ah prayers. Sanni added that last year, people who worked in Middletown would come to the MSA’s Friday prayers because Middletown does not have a mosque. Now, there are approximately 20 people coming every week. Although both Harun and Sanni are elated about the group’s recent boom, there have been a couple growing pains.

“The biggest struggle that we have…is that, because of how fast we’re growing, and the amount of people that we have, we just don’t have the space to support it,” Harun acknowledged. “There’s a Muslim prayer room in the Office of Religion and Spiritual Life. Here, there’s space for maybe seven or so people…. We really can’t fit everyone in there…. We don’t even have a space to do our weekly prayer, and it’s good that we’re having this issue because that just means that our community is growing and building bigger. The past couple weeks, we’ve been really really grateful that the Jewish community allows us to use their space. We’re so, so, so grateful that they allowed us into their home in the Bayit, and we’re able to use the first floor and hold our prayer there.”

“There’s no place where we can all convene for interfaith work, and that’s something that I would like to see in the future,” he said. “I understand that, while we have been growing a lot, it’s still a minority on campus—Muslims—so a shared space where we can all share, interfaith, but use that for our Jumu’ah space.”

Interfaith work may come naturally to Harun, who grew up in a family with three different religions.

“Finding a small group that can really be my family, a group that I can really relate with, that has been life-changing for me,” Harun recalled. “My mom is Jewish and my dad is Muslim and my mom’s father is Christian, so I learned about all three religions as I was growing up. As I grew older, and I was exploring the three different religions, I found that Islam really fits me the best, and that’s why I personally pursued it on my own. Now, because of that, there’s so much that I don’t know about Islam, that people who have grown up being very religious know so much more than me, and there are also just people that want to know more, so coming together, we can all learn a little bit more about it and share each other’s ideas and finally have a community and a family around it.”

Religious tolerance and open-mindedness are central to the group’s practices. Sanni spoke about the mayhem after the 2016 presidential election, and the group’s activity directly after.

“We prayed outside in front of Usdan because, after the elections, things got heated and everything was all over the place, so the Wesleyan community actually got together and they joined hands around our prayer and it was a huge circle while we were praying in the middle,” Sanni recalled. “They joined hands to show that Muslims were safe on campus…. The amount of people that showed up, ranging from professors to students and all these other faculty and staff showing up, joining hands around us, was definitely reassuring and definitely made me feel safer on the Wesleyan campus, being Muslim.”

“I’ve just been so delighted and appreciative of all the support we’ve gotten from different faith groups, but also just people on campus—professors, everyone—has been so supportive of us,” Harun added. “It’s just been really, really nice, everyone’s accepting. [We’ve] had very few negative experiences, and everyone recognizes that—minority groups—everyone’s usually had an experience of their own, so they can empathize with us and feel, as a minority group, we need to stick together, just like we need to support other groups that are minorities, too.”

Looking forward, they’re both excited to continue growing the group.

“We’d just like to have a bigger community,” Sanni said. “That’s always the goal. Just getting more people, just because there’s not many Muslims around.”

Apart from their weekly prayers, the MSA also participates in and hosts other events, such as interfaith apple picking, which brought together campus’ Christian and Muslim communities for a day of fun activities. Coming up on Saturday, Oct. 14 at 6 p.m., they will be hosting a banquet to celebrate a sacred Muslim holiday, Eid Al-Adha, in Daniel Family Commons.

“The two sacred holidays [are] Eid Al-Fitr and Eid Al-Adha,” Harun said. “Eid Al-Fitr comes at the conclusion of Ramadan, which is a month-long fast. Eid Al-Adha comes about a month and a half later. It’s based on a lunar calendar, so it changes every year. This year, Eid Al-Adha fell on the first week of September, during move-in day…. Because of that, one of the two sacred holidays kind of went unacknowledged on this campus, unfortunately, because a lot of people were so busy with moving in…. We want to make sure that people are able to experience and celebrate Eid…. Here at Wesleyan, our friends and family really is the Wesleyan community. So we want to bring Eid Al-Adha, the celebration, traditionally, back to Wesleyan. So we want to hold an Eid banquet. We’re able to share our culture and our history—and some food, too—not only with the MSA but with the greater Wesleyan community.”

Harun noted the importance of community and acceptance within the association.

“Everyone practices differently, and it’s important that everyone feels accepted, whether or not they practice in one specific way,” he said. “Everyone is welcome, whether they’re religious or not, whether they’re Muslim or not.”