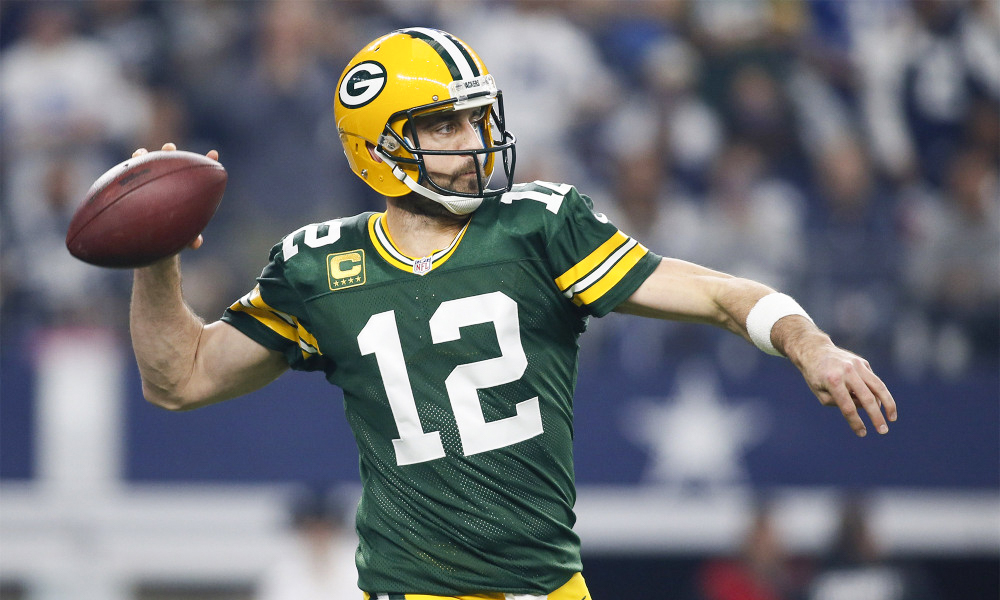 No other player, in any sport, has as much influence on their team’s success as an NFL quarterback. This is why a dozen quarterbacks make north of $20 million per season, while no player from any other position does so. This is why the Bears mortgaged their future in trading up to take Mitchell Trubisky earlier this year in the Draft. This is why the Patriots didn’t trade their backup quarterback despite the king’s ransom they could have received in doing so.

It’s quite clear: Quarterbacks make or break a team. Look no further than the 2016 Raiders, who absolutely steamed through the regular season. Their defense was stout and led by All-Pro Khalil Mack. Derek Carr and Amari Cooper had their offense atop the league, and then CRACK! Derek’s Carr’s leg snapped and it was all for naught. Their 12-4 record and their hopes of a Super Bowl were flushed down the drain with a catastrophic injury to their star quarterback.

Here is my list of the ten quarterbacks I would want on my team if I had to win a Super Bowl this year (assuming all are healthy).

1. Tom Brady – He has five Super Bowl rings and is arguably the greatest quarterback of all time. While he is 40, Brady hasn’t shown any signs of slowing down. His decision-making is unparalleled, as he’s had just two interceptions in last year’s regular season, in which he missed four games. He can throw deep or he can throw short, and he’ll beat you at both.

2. Aaron Rodgers – Perhaps Rodgers’ most underappreciated talent is his mobility. While he’s not Michael Vick, Rodgers is quite elusive. This ability allows him to extend plays and give his receivers time to get open. Oh yeah, and he’s as accurate as any quarterback in the league. He ranks top 10 all-time in completion percentage, and last season he led the NFL with 40 passing touchdowns.

3. Drew Brees – Brees is a surgeon. He has thrown for over 5,000 yards in four of the past six seasons, including a league-leading 5,208 yards last season. The 10-time Pro-Bowler has had a bevy of success despite never really being surrounded by great playmakers. He has made do with what he has been given over the course of his career, one that will conclude with a shrine in Canton.

4. Andrew Luck – The expectations placed upon Andrew Luck when he entered the league were enormous. He was said to be the best quarterback since Peyton Manning. While that may not be the case, Luck has been spectacular. He has nearly twice as many career touchdowns as interceptions and has also tallied an average of almost 300 yards per year on the ground. The Colts’ drastic struggles without Luck should only further exemplify his value.

5. Matt Ryan – Prior to last season, I am not sure Matt Ryan would have cracked this list, but he was sensational during the Falcon’s trek to the Super Bowl. While he doesn’t possess elite arm strength, Ryan shreds defenses with his pinpoint accuracy. Last season he had a career-best completion percentage at 70 percent, and he has followed it up this year, completing over two-thirds of his passes.

6. Derek Carr – Carr is the NFL’s next superstar. If this list were re-done in three years, I would expect him to be at the top. His arm talent is special. He effortlessly flings the ball and it travels 70 yards. Perhaps his most impressive quality is how quickly he makes decisions, given how infrequently he turns the ball over. In 576 dropbacks last season, Carr was only sacked 16 times and threw just six interceptions on 560 passing attempts. Carr needs to prove he can stay healthy, though, or all that talent may go to waste.

7. Ben Roethlisberger – Nothing that the hefty 14-year veteran does is aesthetically appealing, but one cannot argue his effectiveness. He has led his team to the postseason nine times. Big Ben would be higher on this list if not for his recent inconsistent play, particularly his appalling five-interception performance on Sunday. Something else that is noteworthy regarding Big Ben is that he’s missed 25 games over the course of his career. For some context, fellow draft classmate Eli Manning has not missed a game since 2004.

8. Russell Wilson – Wilson, who does have a Super Bowl under his belt, hasn’t taken off quite as expected after taking the NFL by storm in his first couple of seasons. At 5’ 11’’, Wilson’s height has been a question mark his entire football career and is likely the reason that he was not selected until the middle of the third round in the 2012 Draft. In any case, Wilson has abused opposing teams with his greatest asset: speed. He has averaged over 500 yards per year on the ground over his NFL career.

9. Matthew Stafford – Stafford might be the most polarizing NFL quarterback. The 29-year old has a cannon for an arm and he knows it. This can get him into trouble, as he’ll occasionally trust his arm to fit footballs into tiny windows that simply aren’t there. However, his decision-making has gotten better as his career has progressed: He set a new career low with 10 interceptions in 2016. One could make the argument that through five games this season he is the league MVP, but I need to see more before I elevate him in these rankings.

10. Marcus Mariota – Mariota has the chance to be a very special player in the NFL. I think, as crazy as this may sound, he will turn into an Aaron Rodgers-lite. He is more athletic than Rodgers and his arm is almost on par with the Packer’s signal-caller. Last season, Mariota had a 3:1 touchdown-to-interception ratio, while throwing for almost 3,500 yards and rushing for another 350. He has all of the tools, it is now just a matter of putting all of them together.