The Word of Wertime: News On and Off the NFL Field 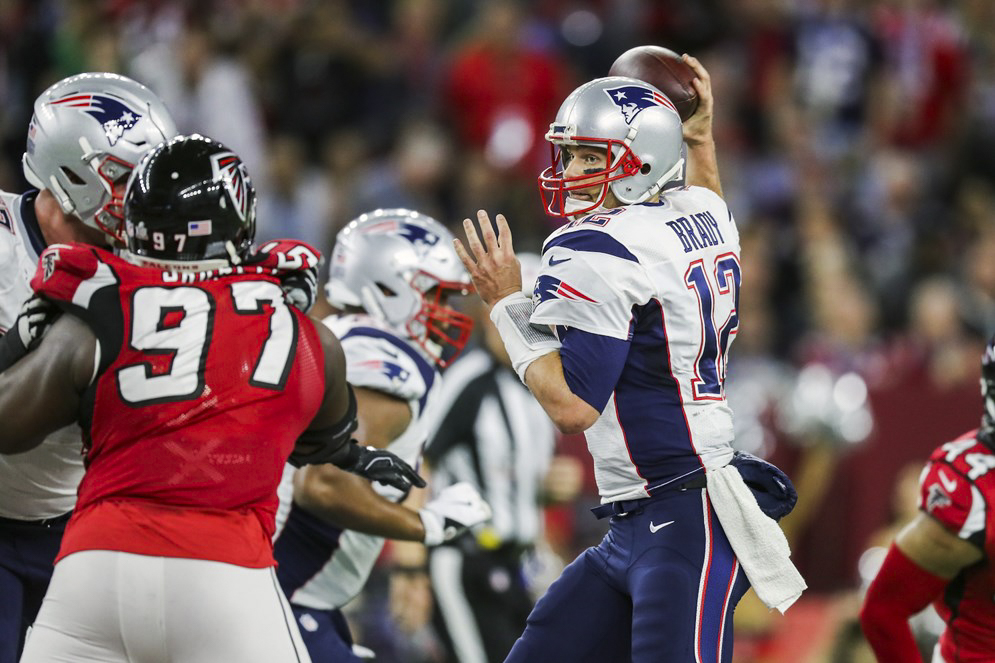 We are about a quarter of the way through this year’s NFL season, and in the span of these past four weeks, a myriad of boundaries have been broken in the NFL. What a season it has been.

Off the field, the country turned its attention to the five minutes before the game, watching players take a stand by linking arms, kneeling, and in some cases staying in the locker room as a team while the national anthem played. Early kneelers did so to protest police brutality in our nation, a continuation Colin Kaepernick’s protest, who still surprisingly rests at home as a free agent. President Trump even responded, calling players to action. This has led to a slew of articles week in and week out, tracking the decisions and each team’s actions regarding the anthem.

President Trump, who has been the NFL’s sworn enemy since the 1980s when he heavily invested in the United States Football League (USFL), has suggested that actions of players have led to NFL ratings going “massively, massively” down. These remarks, however, are a misrepresentation; declining viewership is a widespread problem not unique to the NFL. In fact, it’s happening in many major American sports, including NASCAR and the NBA.

Analysts have noted other factors that may contribute to a decrease in viewership. For example, continuing evidence of Chronic Traumatic Encephalopathy (CTE), a degenerative brain disease found in athletes, has led to lower ratings in the NFL. On July 25, the New York Times published a lengthy article chronicling the donated brains of 111 NFL players, all but one of whom showed symptoms of the degenerative brain disorder. The CTE debate has only been exacerbated by the news that former tight end and convicted murderer Aaron Hernandez may have had the disorder. This was discovered a mere five months after his suicide in a Massachusetts prison.

Declining viewership doesn’t just apply to those watching on screens; the NFL is having trouble with ticket sales as well. Another persisting headline details the poor stadium attendance of both newly minted Los Angeles teams. The L.A. Chargers, who currently have a 0-4 record, continue to undersell tickets in what is currently the smallest stadium in the NFL. The L.A. Rams have also suffered, seeing the largest drop in average attendance in the NFL. This may be a fixture of L.A.’s lack of interest for their two new teams and for football. However, other headlines have highlighted the persistent problem with stadium attendance in other markets, such as San Francisco.

Despite the events taking place off the field, the NFL season thus far has brought plenty of action for its followers. Only one team: The Kansas City Chiefs have gone undefeated. And some have surprisingly fallen into times of despair. But, of course, to no one’s surprise, the Cleveland Browns are still awful.

Perhaps this season’s most surprising team is the aforementioned L.A. Rams. Recently, the team sacked perennially average coach Jeff Fisher and have installed Sean McVay, who is currently the youngest head coach in NFL history at 31 years old. The fiery Rams have worked their way up to a 3-1 record, with Todd Gurley exploding back onto the scene after last year’s mediocre season. Their second-year quarterback, Jared Goff, is finally looking like a number one draft pick. Perhaps this year the team can overcome its twelve-year playoff slump and finish ahead of the perennial juggernaut in their division, the Seattle Seahawks.

For others, the NFL season has not looked too promising. Look no further than the New York Giants, who just last year made the playoffs. After spending incredible amounts of money last off-season on their defense, the Giants’ front office devoted resources this year to recruiting offensive weapons for Eli Manning. Sadly, mediocre offensive line play has resulted in a poor offense, while the defense has also slipped from the ranks of NFL elites, all the way to 25th. Four games in, it is looking quite precarious for Giants fans.

Another surprise this year is the disastrous play from the New England Patriots defense. In terms of yards allowed per game, they are deep in last place by a wide margin, allowing 60.6 more yards than the 31st place Indianapolis Colts defense. This is starkly contrasted with the offensive play of the Patriots, who are currently the best offense in the game, averaging a colossal 423.8 yards per game. Quarterback Tom Brady, who recently turned 40, has thrown 10 touchdowns and zero interceptions in his first four games, already looking like the most likely MVP pick at this point in time. New England is sitting in an unfamiliar 3rd place in the AFC East right now, but all is not lost, as the forte of Coach Bill Belichick ’75 is on the defensive side of the ball.

And, of course, this year has seen the emergence of a new crop of NFL talent. A string of defensive players, such as the Bills’ Tre’Davious White, and the Jets’ Jamal Adams have emerged as two stalwarts in the secondary. However, the main narrative this season has come from Chiefs running back Kareem Hunt, and Texans quarterback Deshaun Watson. Hunt currently has the most rushing yards in the league, at 659, and is on track to have one of the best rookie rushing seasons in recent memory. Watson, who won last year’s college football championship with Clemson, has also proved that he can be the Texans’ long-term starter at quarterback. He accounted for five touchdowns in last week’s win over the Titans.

But despite all the hype, we’re not even halfway there. Only time will tell what the rest of the season will bring.

Toby Wertime can be reached at twertime@wesleyan.edu.